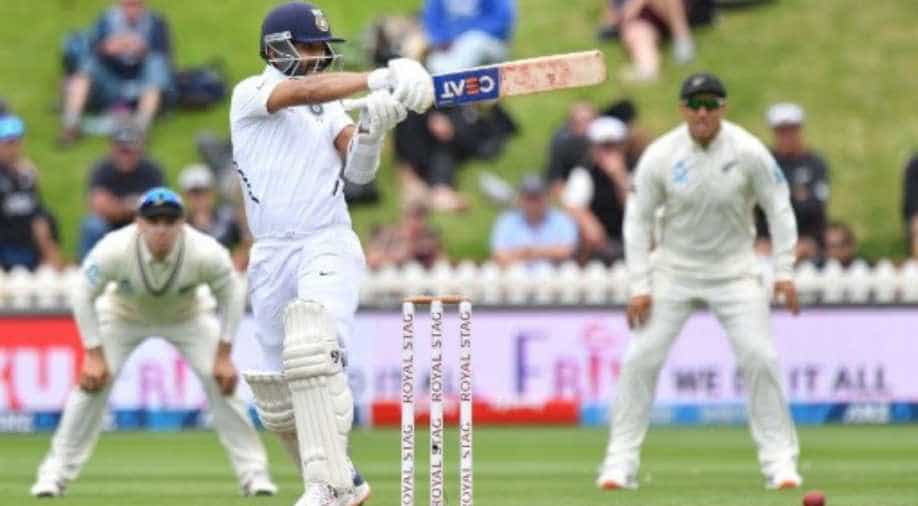 Aussie legend Ian Chappell feels that captaincy should not be a problem for India in the Test series as they have Rahane, however, he agreed that Virat's absence could play a huge role.

Virat Kohli's absence in the final three Test matches against hosts Australia has been the talking point of the tour. Ajinkya Rahane is likely to lead the team in Kohli's absence. Rahane will be leading with a huge void left by Kohli's absence.

Aussie legend Ian Chappell feels that captaincy should not be a problem for India in the Test series as they have Rahane, however, he agreed that Virat's absence could play a huge role.

Chappell recalled Rahane’s ‘aggressive’ style of captaincy in the Dharamsala Test in 2017. “Well, I saw him captain in one Test against Australia (in Dharamsala in March 2017) and found his captaincy to be fabulous. He was really an aggressive captain,” Chappell told PTI during a virtual interactive session “Cricket Conversations”, anchored by senior cricket journalist Ashis Ray.

“I remember a couple of aspects about his captaincy. What stood out for me was in the Australian first innings, Warner was going well and getting on top of Indian bowlers. He brought in Kuldeep Yadav (debutant) and he dismissed Warner.

“The second thing I remember was India chasing a low total and they lost a couple of wickets. Rahane just came in and attacked the Australian bowlers and scored some 20 odd (38 off 27 balls). I liked that approach.”

“Look, as a captain, you always have two choices -- one is the aggressive route and the other is a conservative approach. I have believed that in Test cricket aggressive approach is must and Rahane is aggressive.”

India have an edge against the Australian side in the day and night test match where Kohli will be present but the hosts will be missing out on Warner.

“Everything that could have gone wrong with opening has gone wrong. Warner is out and Joe Burns has been struggling. Luke Pucovski after another concussion, I don’t think it would be good to play him both in terms of confidence and medical point of view.”

“I think Australians will go with Joe Burns and Marcus Harris opening combination. I thought Cameron Green would have played in Sydney but after his century in the warm-up game and a couple of wickets that he picked, there may be a temptation to play him in Adelaide,” said the former Aussie legend.

Pacer Mitchell Starc will be replaced by James Pattinson. Starc is not available as he is out on compassionate grounds.

“But top order is the biggest concern. It’s not just about Warner’s presence but the manner in which he scores those runs as has detrimental effect on the opposition. In his absence, the responsibility will now be on Steve Smith and Marnus Labuschagne,” Chappell said.

He revealed a trick on how India could dismiss Smith. “You have to unsettle him (Smith) by changing plans. If you bowl short of a length, then he will be rocking back (and hitting for fun) all day. Somehow, you have got to get him to play forward even at the cost of few runs. But you will still have some chance of getting him out,” he said.