'He can come in at No. 6 or 7' - Sunil Gavaskar picks Dinesh Karthik as India's finisher for T20 World Cup 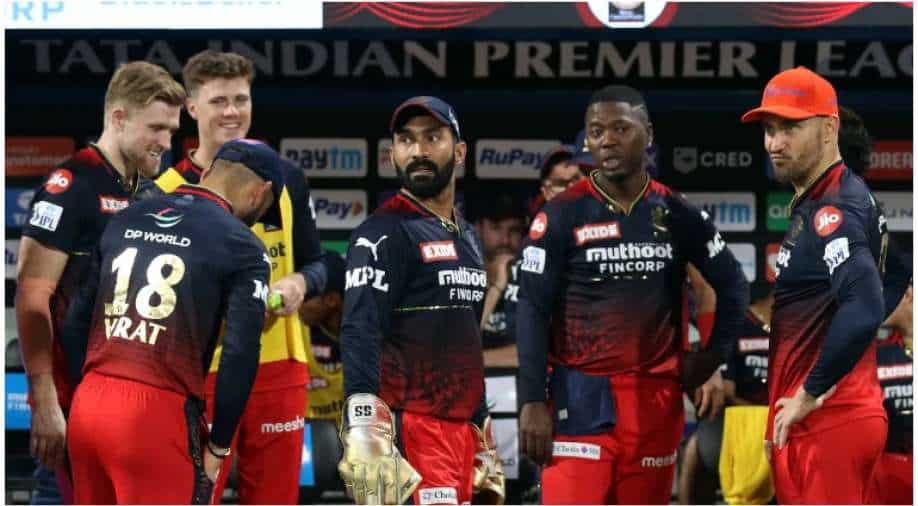 Little Master Sunil Gavaskar has backed Dinesh Karthik to take up the lower-order batter's responsibility for Team India in the 2022 T20 World Cup.

The IPL 2022 edition is surely closely being followed by the Indian selection committee with the T20 World Cup set to be held later this year, in Australia. Many veteran, out-of-favour, and young players have a chance to showcase their skills and credentials in order to appear in the Indian squad for the showpiece event.

In this regard, veteran wicketkeeper-batter Dinesh Karthik has been phenomenal in IPL 15. Karthik, who had an ordinary run in the last two IPL seasons, has scored 274 runs in 12 games at a strike rate of 200.00 by playing some memorable cameos and match-finishing knocks. Thus, he has surely made heads turn and is now in the reckoning for a Team India comeback for the T20 WC.

Little Master Sunil Gavaskar has backed Karthik to take up the lower-order batter's responsibility for India in the showpiece event. "The way the IPL is going for him at the moment, I do believe he should be very much in the running for the India spot in the October tournament, maybe even earlier for South Africa, for England, I do believe he should be earlier in the team," Gavaskar told Sports Today.

"I would definitely look at him as a batter who can come in at No. 6 or No. 7 like he is doing for RCB and take the game away from the opposition," Gavaskar added.

Gavaskar revealed that he spent a lot of time with Karthik when the latter turned into a commentator last year, especially during the WTC final and India-England Tests in the United Kingdom. "I spent a lot of time with him last year. We spent about 10-12 days in quarantine in Belgrade, Serbia where we practically sort of spending 12 to 14 hours a day, eating lunch, dinner, and breakfast. Spending time with him, I got to see how keen he was to come back to the Indian team. He was keen to come back to the team that played in the UAE last year. That didn’t quite happen. It was perhaps a little too close. The IPL that year didn’t go all that well for him," Gavaskar concluded.

Will DK make a comeback into the Indian team for the mega event Down Under? Only time will tell...