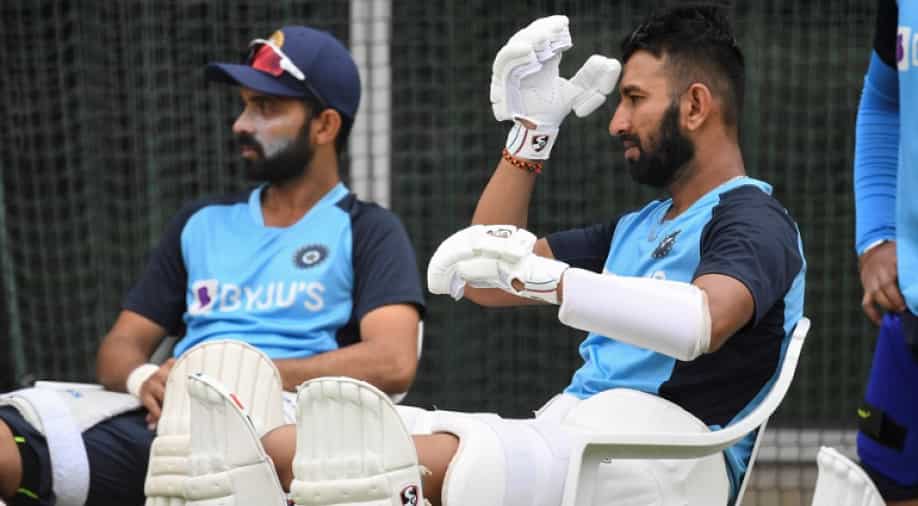 Gautam Gambhir has picked two batters who he believes can be ideal replacements for the axed duo of Ajinkya Rahane and Cheteshwar Pujara for the Indian team.

Former India opener Gautam Gambhir believes it won't be too difficult for Rohit Sharma to succeed as captain for India in Tests. Rohit is leading India in his first Test series as the captain of the side, against Sri Lanka in Mohali. After a dream start to his stint as India's full-time captain in limited-overs cricket, Rohit will be hoping to get off to a winning start in Tests.

While Rohit has already established his credentials as an exceptional captain in white-ball cricket, the Hitman is yet to prove his mettle as captain in the longest format. However, Gambhir believes Rohit won't find it tough to succeed in Tests given the kind of bowling strength India developed during Virat Kohli's tenure as captain of the Test team.

Kohli, who stepped down as the Test captain of the Indian team in January this year, is often credited to have nurtured India's current world-class pace attack consisting of the likes of Jasprit Bumrah, Mohammed Shami, Mohammed Siraj and Ishan Sharma among others.

Though Ishant is not part of the ongoing two-match series against Sri Lanka, he was instrumental in India's success in Tests under Kohli's captaincy. Gambhir also believes India have ideal replacements for the axed duo of Cheteshwar Pujara and Ajinkya Rahane in the form of Hanuma Vihari and Shreyas Iyer.

Both Pujara and Rahane were dropped from the Test squad for the ongoing series against Sri Lanka. Gambhir believes India can replace the senior batters with Iyer and Vihari, who have significant experience behind them in international and domestic cricket.

“I don’t think so. Because it won’t be a big challenge for Rohit Sharma in red-ball cricket. If you talk about Cheteshwar Pujara and Ajinka Rahane, you have experienced players like Hanuma Vihari and Shreyas Iyer who can replace them. Iyer had made a bright start to Test cricket,” Gambhir said on Star Sports.

“When you have Ashwin, Jadeja, Shami, Bumrah, then it doesn’t get (difficult). Bowlers win you matches, batters only set the match up. Virat Kohli has developed India’s bowling strength, so I don’t think it should be difficult for Rohit Sharma in red-ball cricket,” he added.

While Vihari has been a part of India's Test plans for a while now having already played 13 Tests so far in his career, Iyer made his debut in the longest format during the New Zealand series at home in November last year. Both the batters have done well in the limited opportunities they have got so far and will be eager to cement their spots in the Test side.