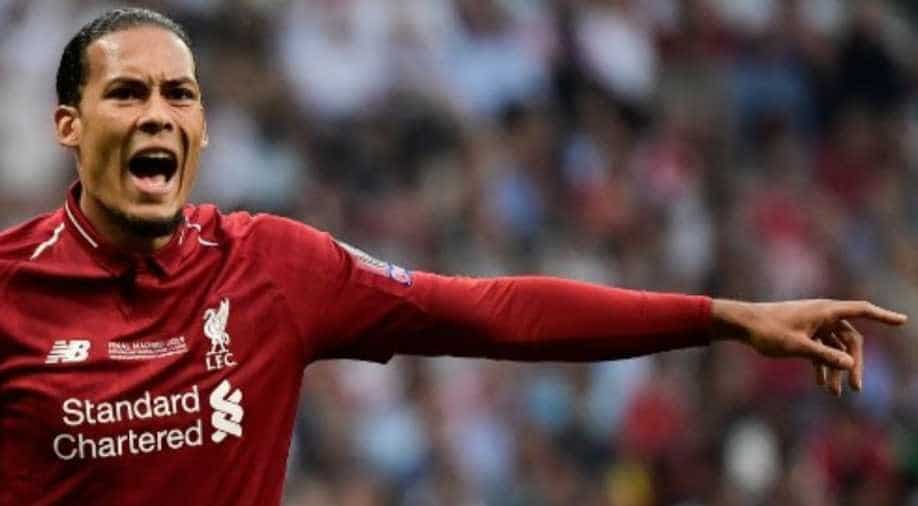 The Dutch defender missed most of the last season after spending nine months on the sidelines due to an anterior cruciate ligament (ACL) injury sustained in the Merseyside derby in October 2020.

Virgil Van Dijk has signed a new deal with Liverpool extending his stay at Anfield till 2025, the Premier Club announced on Friday.

The Dutch defender missed most of the last season after spending nine months on the sidelines due to an anterior cruciate ligament (ACL) injury sustained in the Merseyside derby in October 2020.

"Since day one when I joined the club, I felt so much appreciation from the fans and from my teammates and the staff, that I could be a very important member of this football club,” Van Dijk told Liverpool's website.

"It has been going well; unfortunately last season for me personally has been a season to forget, to learn from and take with me, but I have enjoyed my time here and will keep enjoying it in the next couple of years."

Van Dijk has made 130 appearances for the club, since joining them in 2018, in all competitions and led them to both Champions League and Premier League glory under coach Jurgen Klopp.

Van Dijk played just five league games last season before his injury and Klopp's side felt his absence as they were unable to defend their league title, finishing in third place.

The 30-year-old is the fourth key member of manager Juergen Klopp's squad to sign a contract extension ahead of the new season after defender Trent Alexander-Arnold, midfielder Fabinho and goalkeeper Alisson.

Liverpool will begin their 2021-22 campaign with a trip to Norwich City on Saturday.