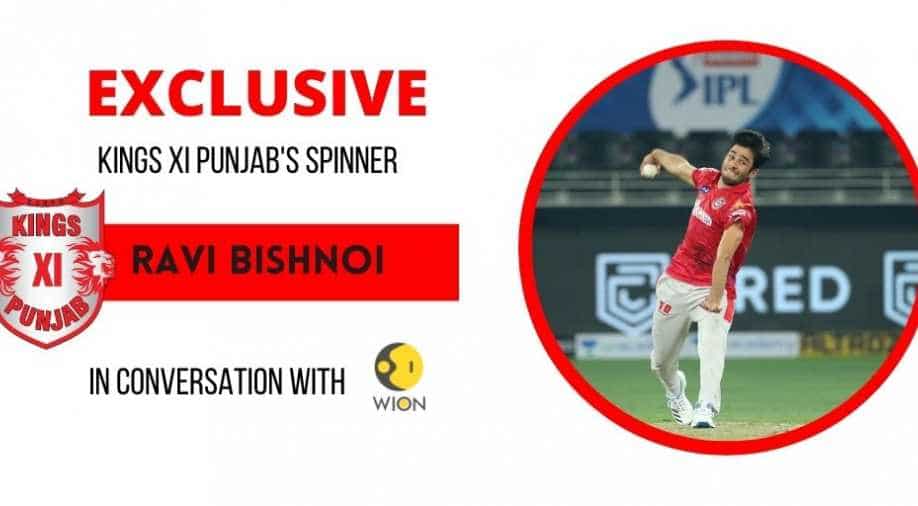 In an exclusive interview with WION's Subhayan Chakraborty, Kings XI Punjab's young star Ravi Bishnoi opened up about his dream IPL debut, working with Anil Kumble, his googlys and more.

As they say Indian Premier League (IPL) is a platform where talent meets opportunity and that was once again proven when young spinner Ravi Bishnoi made the grand platform his own in what was a scintillating debut for the leggie, who was also the highest wicket-taker in the ICC Under-19 World Cup 2020 after scalping a staggering 17 dismissals off just six matches.

Bishnoi, just ahead of the U-19 World Cup, was signed by Kings XI Punjab in the IPL 2020 auction for a whopping INR 2 crore and the 20-year-old has already hit the right chords with his longish and unique run-up which enables him to use his shoulders to get that drift.

Bagging the big wicket of Rishabh Pant and bowling bravely to big names like Shimron Hetmyer and Shreyas Iyer with confidence, Bishnoi ended up with the figures of 4-0-22-1 in his debut IPL match.

“It was a great feeling out there! IPL is such a massive platform, the biggest T20 league in the world and to do well in the debut match is always huge. There are times when a bowler bowls a good spell but goes without a wicket but thankfully I scalped one against Delhi Capitals and that helped me grow in confidence,” Ravi Bishnoi told WION’s Subhayan Chakraborty in an exclusive interview.

That moment when you pick up your maiden IPL wicket.

Kings XI Punjab boast some big-name players with the likes of KL Rahul, Chris Gayle, Mayank Agarwal, Glenn Maxwell, Chris Jordan, Jimmy Neesham, Sheldon Cottrell among many others making up for an extremely strong squad on the paper.

Bishnoi, who has made a name for himself for his sharp googlys, was seen using the traditional leg-spin much more in his IPL debut against Delhi Capitals while mixing it up with the quicker one or his favourite googly. 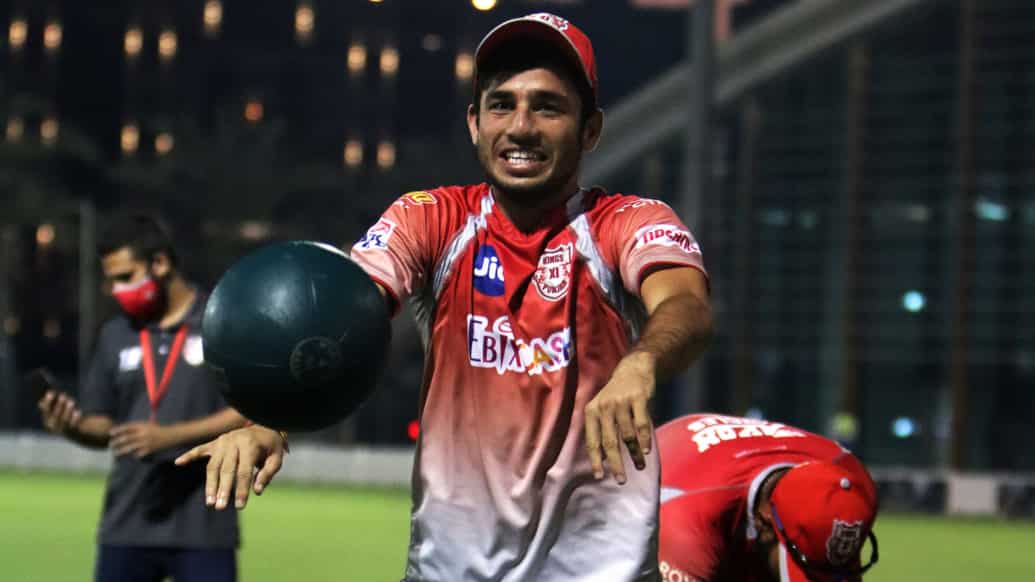 KXIP’s head coach Anil Kumble has had a major impact in Bishnoi using those leg-spin rather than firing in a wrong ‘un in every possible opportunity. One can say the 20-year-old lad from Jodhpur has found a perfect mentor in the former Indian captain.

“Working and training under Anil sir (Anil Kumble) is a pleasure. I am learning so much from all his experience. He is a legend! I am constantly picking his brains as to how his mindset used to be during match situations and difficult conditions,” Bishnoi said.

“You can say it (Anil Kumble effect) but I myself was eager to use the traditional leg-spin much more as top players don’t take much time in reading your variations. I don’t want to be limited to my googlys. I am developing new variations as well and always focus on bowling according to the match situation. But yes, Anil sir has already had a massive impact on my bowling,” the youngster added.

When youngsters can find themselves under pressure in such a grand-scale tournament, Bishnoi looked calm and composed in his IPL debut. While there may have been a few nerves before he went on with his walking-hopping and eerie run-up for his first delivery, he displayed maturity when his team needed a tight spell from their young gun.

“I was excited when I took the field for Kings XI Punjab firstly and obviously, as it was my debut match, I was naturally a bit nervous but it went away after I bowled the first few deliveries. But then as soon as you get into the match situation, you think about your plans, team plans and about the situation of the match so there is no place for nerves there. IPL is a big stage, I have been watching the tournament since my childhood and now to play here is a dream come true,” Bishnoi said while concluding that Shane Warne and

Anil Kumble were his childhood heroes and it is surreal to work with the best minds in cricket. But as they said, IPL is a platform where talent meets opportunity…