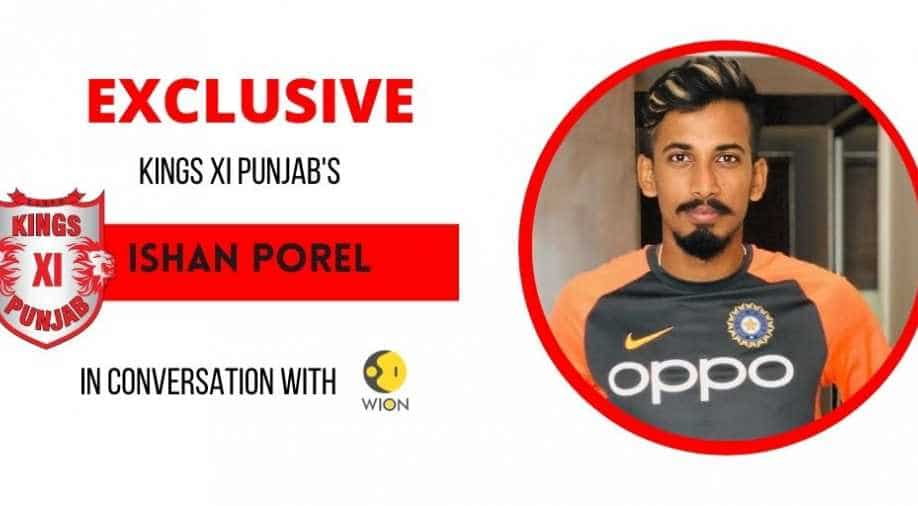 The much-awaited Indian Premier League (IPL) 2020 is set to commence from September 19 in the UAE and all the eight franchises will have their eyes on the coveted trophy. Young Bengal pacer Ishan Porel, who has also impressed for India Under-19 and India A, will be making his IPL debut for Kings XI Punjab (KXIP) after impressing with in the domestic and development circuit.

Porel, who was signed up by KXIP at his base price of INR 20 lakh, will look to carry forward his blistering run of form with the ball when he takes to the field in the UAE. While his ability to extract sharp bounce and movement have been lauded by many, his variations and knack of hitting yorkers have made him one of the rising stars in Indian cricket. 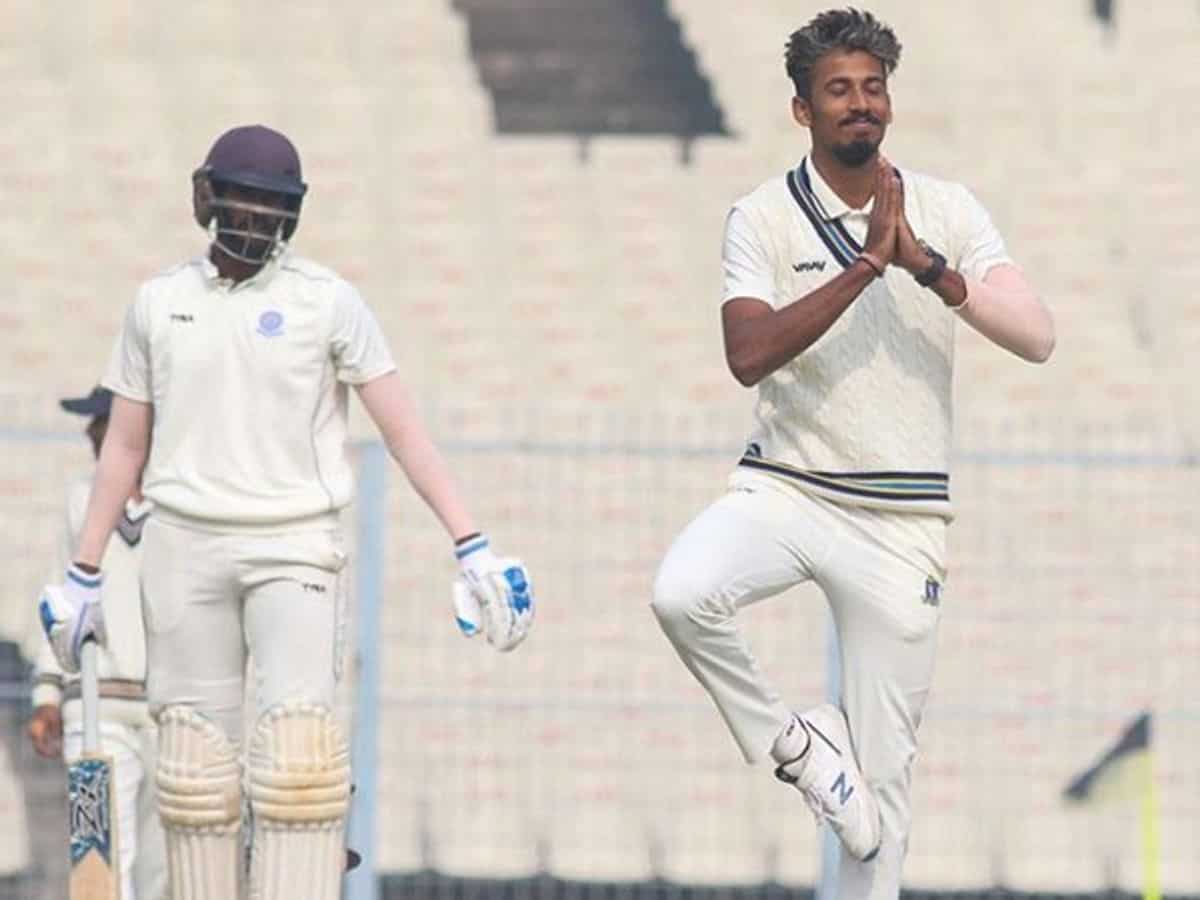 Subhayan Chakraborty: Ishan, your first IPL and it will take place in the UAE. How excited are you?

Ishan Porel: I can’t even explain how excited I am. I have been waiting for this opportunity for a long time now and thankfully, Kings XI Punjab showed their trust on me and my bowling. I am looking forward to live up to their trust and showcase my ability in front of the entire world. I am confident and really excited to take the field for my side KXIP.

Subhayan: How did the last five months go for you? In Bengal, there was not only COVID-19 scare but the state was also stuck by the deadly Amphan…

Ishan Porel: It was challenging. First of all, it was really strange to stay out of cricket for this long due to COVID-19 and Amphan happened. It was a tough phase for everyone in West Bengal but it taught many new learnings in how to be more adaptive as per circumstances. My patience level increased a lot. I tried training a bit as well with all the safety guidelines just to keep myself ready.

Subhayan: And you did step up to help a lot of people after that storm?

Ishan Porel: I feel it is our duty to help the needy people during these times. I tried giving back to the community as much as I could. There are still some areas where people are yet to recover from Amphan and we are still working as much as possible to help those people. It is the basic duty of people who are privileged enough.

Subhayan: So IPL is happening in the UAE. Only three stadiums. Do you think it will be challenging for pace bowlers when pitches start to up later in the tournament?

Ishan Porel: Obviously, it will be a challenge. But as a modern bowler, you need to use your variations as per the need. We have seen in the last few IPLs that if a pacer is bowling quick then it is easier for batsmen to pick him up. But whatever I know of cricket, curators might keep grass covering in the first half of the tournament to keep the pitches alive and if we grab that advantage then it will help me or the pacers to build a momentum for the entire tournament. At least I am accustomed to bowling in slower tracks from my experience in Kolkata.

Subhayan: And how excited are you to share the dressing room with the likes of Mohammed Shami, Sheldon Cottrell, Chris Jordan, Jimmy Neesham and others?

Ishan Porel: I am really looking forward to learning from them. They have plenty of international experience and I feel sharing the dressing room and the ground with them will help me build a solid foundation for my future. As everyone say, IPL is a platform which improves even the best of players and I am just starting now.

But on a different note, I want to spend a lot of time with our fielding coach Jonty Rhodes. Today’s international pacers are brilliant fielders as well and being a youngster I want to become better in that regard and set a benchmark for myself.

Subhayan: You have a lovely story of Rahul Dravid and how he helped you during your Under-19 days. The next legend you will be working with is Anil Kumble. How eager are you to work alongside him?

Ishan Porel: Anil Kumble sir is an inspiration. How he bowled with a broken jaw and his success with Team India is known to all. Moreover, he is extremely disciplined and thinks about cricket a lot. My main focus is to grow and learn more about the game and there is no one better than Kumble sir to help me in that regard. I am really excited and looking forward to work with him.

Subhayan: And what about KL Rahul? Have you interacted since the auction?

Ishan Porel: Tremendous player and very encouraging! I mean he has that aura of calmness around him. The last time we spoke was during the Ranji Trophy semi-final between Bengal and Karnataka. He praised my form and encouraged me to do well in the future and for KXIP. I have a small memory with KL – he was the captain of India Under-23 and I was at NCA during my Under-16 days and I bowled to him in the nets that time. I don’t know whether he remembers this or not but I do (laughs). 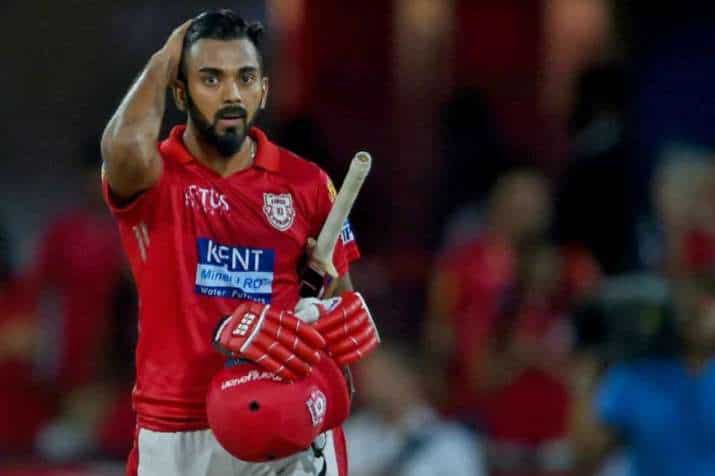 Subhayan: So Ishan, do you think the bio-secure bubble will have a psychological impact on the players?

Ishan Porel: It might play a role during the last part of the tournament. But to honest, this coronavirus has taught us how to remain indoors and our patience level has also increased so much. We will be able to interact with our teammates and staff so that’s a good thing. And with us being in competitive mode, I don’t think it will irk the players that much. Safety is the paramount, at the moment.

Subhayan: Any targets you have set for yourself?

Ishan Porel: As a youngster, I want to play as many matches as possible. And yes, who doesn’t want to take the wickets of Virat Kohli, AB de Villiers, Andre Russell and other big names. If I get an opportunity to bowl against them, I will surely try to dismiss them.

Subhayan: Is there any pressure of performing as it will be your first IPL?

Ishan Porel: Not at all! Competitive cricket is all about pressure and that is a good thing, in my opinion. Arun Lal sir used to tell us that pressure brings the best out of good players and I have kept that in my mind. I just want to give my best. Subhayan: What will be the message for your fans or cricket fans in general ahead of IPL 2020?

Ishan Porel: First of all, thanks to all the fans who have supported me during my good and bad times. Fans are the ones who turn cricketers into superstars. They are the heartbreak of the sport. Hopefully, they will keep their blessings on me and my cricket.