Mandeep Singh, who is also looking to break into the Indian team again, in an exclusive interview with WION’s Subhayan Chakraborty talked about IPL 2020, Anil Kumble-led Kings XI Punjab coaching staff, KL Rahul, his stint with Royal Challengers Bangalore, Virat Kohli, his ambitions to play Test cricket and much more.

Kings XI Punjab did some shrewd business during the Indian Premier League (IPL) 2020 auction and will look to end the title drought under the captaincy of KL Rahul and guidance of head coach Anil Kumble. While the overseas contingent of KXIP looks terrific, the Punjab outfit also have some terrific talent when it comes to domestic players.

Captain of Punjab in Ranji Trophy, Mandeep Singh will be hoping to make a solid mark in the 13th edition of IPL, which is set to commence from September 19 in the United Arab Emirates. Mandeep is coming on the back of a tremendous domestic campaign with 696 runs in just 8 matches at a staggering average of 69.60 including the highest score of 204 not-out in Ranji Trophy 2019-20; and 270 runs in 11 matches at an average of 38.57 and strike-rate of 145.94 in Syed Mushtaq Ali Trophy.

The 28-year-old has the ability to play as a floater for Kings XI Punjab in IPL 2020 and help the team win their first-ever IPL trophy.

Mandeep Singh, who is also looking to break into the Indian team again, in an exclusive interview with WION’s Subhayan Chakraborty talked about IPL 2020, Anil Kumble-led Kings XI Punjab coaching staff, KL Rahul, his stint with Royal Challengers Bangalore, Virat Kohli, his ambitions to play Test cricket and much more.

Subhayan Chakraborty: You are coming on the back of a great domestic season; how much are you looking forward to making a mark in this edition of IPL?

Mandeep Singh: I am really looking forward to it (IPL). In domestic cricket, the last couple of seasons have been good for me, especially in the last season. We played in some tough wickets and scoring in almost every match was really satisfying. I was thinking of playing for Rest of India and India A but that didn’t happen and honestly, it’s not under my control. Now I have only one focus, to do well in whichever tournament I am playing and score runs. Hopefully, I can get back in the scheme of things. IPL is a big tournament and if you do well in IPL, you do get recognized. So very much looking forward to it.

Subhayan: How are you spending your time inside the bubble? Any activities you guys are doing to remain mentally fresh?

Mandeep: First six days were a bit different. We were confined to our rooms and didn’t meet each other. Everyone has their own gadgets. I am not a web-series guy but I did watch a few during quarantine. Now, we have a space, we have our own swimming pools, beach, we have a big team room where we have some games and can spend time with each other. A lot of time goes into practice so we are getting used to the routine. We have good chemistry in the team and I am really enjoying the vibe. 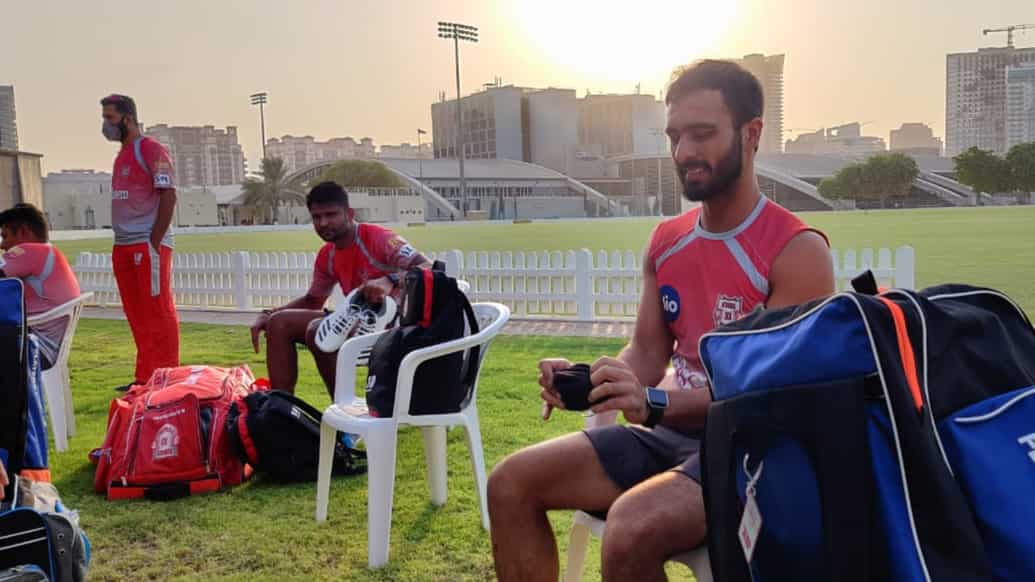 Subhayan: Anil Kumble, Wasim Jaffer and Jonty Rhodes - how has been the experience so far training under them? Have you had a word with Wasim Jaffer in terms of your batting?

Mandeep: I am really enjoying the time here. We really have easy-going team and that goes with the coaching group as well. No one is really strict and there’s freedom to express yourself. Anil sir (Anil Kumble) told me in the start to not take much pressure and just try and get into the rhythm and acclimatize to the weather. So we slowly started to push after first six-seven days – the training sessions started to get longer, fielding sessions became intense.

Obviously, with Jonty Rhodes, it’s completely different. He improves a player with smaller details which we usually miss or didn’t know before. He’s 51 but his energy is terrific and the way he is conducting our fielding sessions, hopefully we will be the best team on the field. Wasim bhai (Wasim Jaffer) doesn’t speak much about technicalities unless he feels something is going really wrong. I have told him to interrupt me if he sees something wrong in my technique as my ultimate dream is to play Test cricket for India.

Subhayan: You are seen as someone who can bat at any given position, be it top order or lower-middle order (finisher), but what is your preferred position to bat especially in the T20 format?

Mandeep: My preferred position has always been in the top-order. But teams have tried me in the lower-middle order wherein I played a couple of good knocks. Ultimately, it depends on your preparation. I feel a good player can play in any given position. In my opinion, if there is clarity on the role and preparation is good then there shouldn’t be any trouble be it in the top order or lower down the order. 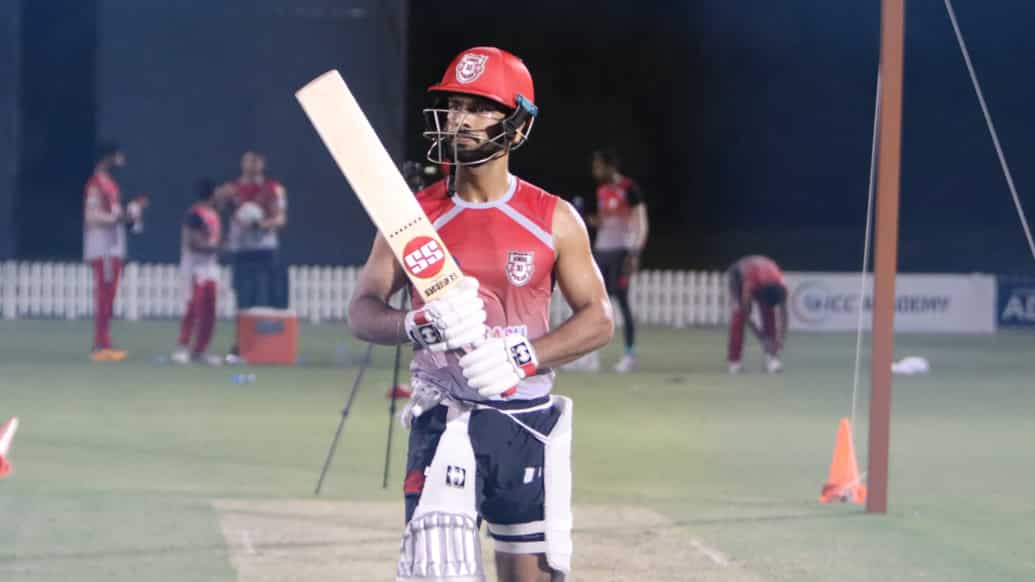 Subhayan: You and KL Rahul know each other for a long time now. How do you see Rahul as a captain and can you share some of his traits as skipper?

Mandeep: KL Rahul will be a great captain for sure. I remember our time in National Cricket Academy (NCA), he used to be the captain of one team with me leading the other side. I was a bit aggressive, obviously coming from Punjab, but Rahul was really calm even then. The way he has improved and matured his game have incredible. And I am sure that calmness will reflect in our journey in the IPL. Even now, he doesn’t speak much but he has been talking about roles and situations with almost everyone.

Even the credit behind our great team atmosphere has to go to Rahul and Anil sir. They all are relaxed and I feel a team’s best potential can only come out strongly if everyone is relaxed and calm about the matches.

Subhayan: How has your stint with RCB helped you in developing your game?

Mandeep: I was really lucky to have played for Royal Challengers Bangalore (RCB). Obviously, I came to know about the role of top-class fitness during my stint with RCB. When I saw Virat Kohli train like he does, with proper intensity, I was like if the world’s no. one batsman can train like this then why can’t I. The way Team India players are looking after their body and fitness, the credit has to go to Virat for the way he transformed the culture. He is a leader and if a leader is like him then other automatically follow. And I have learned a lot about technicalities of batting from AB de Villiers. If you watch players like Virat and AB in the nets everyday, you learn a lot of things. But it was my fitness which improved leaps and bounds during my stay with RCB. 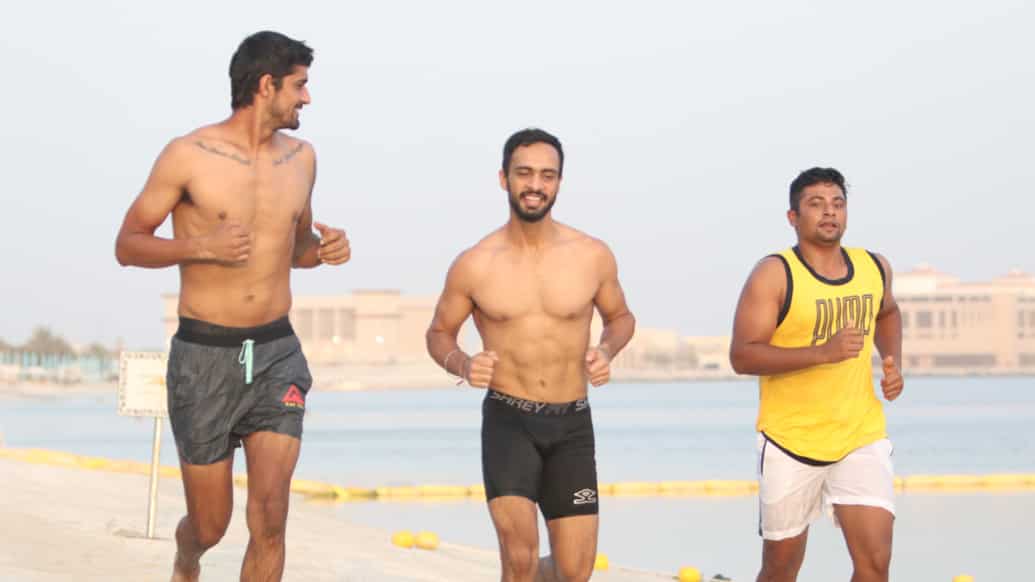 Subhayan: Do you feel a great IPL can bring your name back into the contention for the Indian team. What are your ambitions when it comes to international cricket?

Mandeep: Test cricket will obviously come after performances in domestic cricket. If you score runs in IPL, Ranji Trophy, Syed Mushtaq Ali or whatever tournament you are playing, if you are consistent then you will be back in the scheme of things. I had a good domestic campaign and I firmly feel if I do well in IPL this season and next season then I will be again looked at. But honestly, I don’t think much about selection and my complete focus is on to win matches for Kings XI Punjab now.

Subhayan: But don’t you feel this IPL can be on the low-scoring side given there are only three stadiums and under extreme heat…

Mandeep: Well, we haven’t seen any of the pitches so far. We are training in the ICC Academy. But in my opinion, we might see some big scores early in the tournament but gradually, as the pitches go slower, we will see more low-scoring matches. The issue here in UAE is, it is extremely hot and apart from Sharjah, the other two stadiums are pretty big, so players will also need optimum fitness to get past the entire tournament. If wickets are slow and grounds are bigger then we might see low-scoring matches, perhaps in the second half of the tournament. 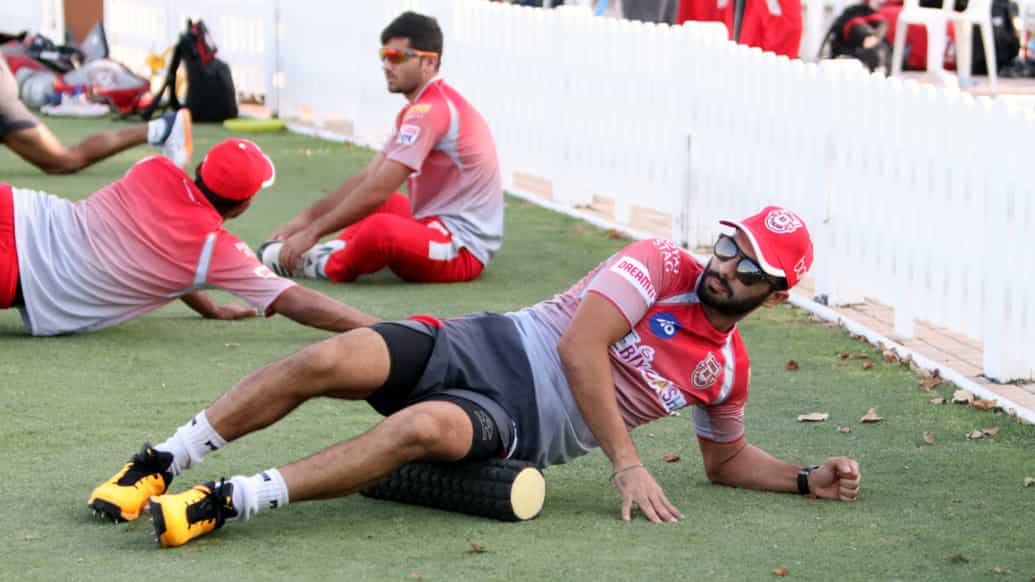 Subhayan: Do you think injuries can be a concern in this IPL?

Mandeep: Injuries can play a major role in this edition. I guess every team is suffering from minute niggles as players are coming after five, six months and it is hot here as well. But definitely, injuries can play a huge role because match intensity is on a different level. But yes, as we are going to take the field after so long, injury will be a factor on the back of every team’s mind.

Subhayan: What will be your message to the fans?

Mandeep: Keep supporting Kings XI Punjab like you always do. I feel we have a really balanced squad and on paper, it is looking really good. Hopefully, we will be able to produce that quality of cricket in matches and help Punjab win the IPL trophy.