Eng vs NZ: Root smashes Southee for 6 with a stunning reverse-sweep on Day 4 of 2nd Test - WATCH 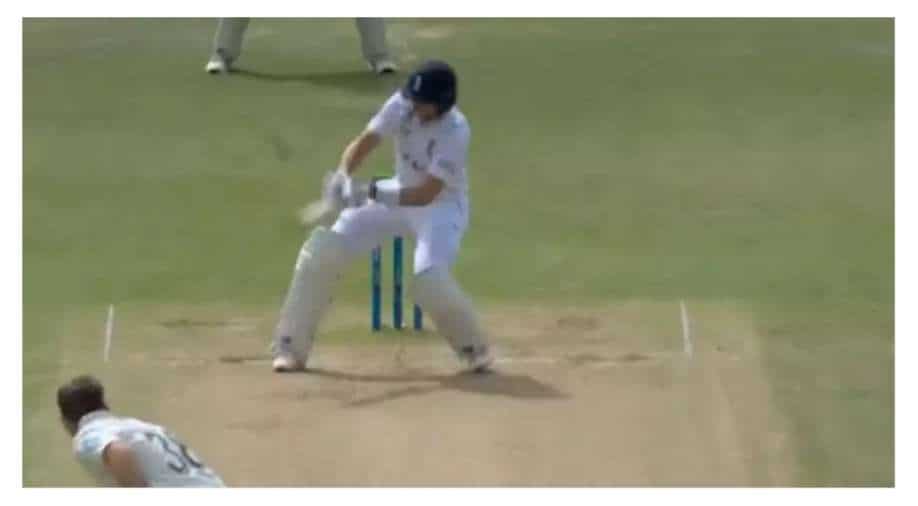 Joe Root has been in sensational form since the start of 2021. The former English skipper slammed his 27th Test ton in the ongoing second and penultimate match between hosts England and New Zealand, at Trent Bridge, Nottingham.

After his impressive hundred took England to a 1-0 lead in the series opener, at Lord's, Root was at his best yet again when he came out to bat during the home side's first innings, in response to the Kiwis' 553 on Day 3 of the Trent Bridge encounter. Resuming Day 4 on 163, with England 473-5, Root smacked Tim Southee for a six with a stunning reverse sweep shot on Monday (June 13).

Here's the video of Root's stunner, which went over the slip cordon and beyond the boundary ropes:

A quiet start to the morning in Nottingham...

While Root was expected to touch the 200-run mark on Day 4, he fell for a sublime 176 whereas Ben Foakes got dismissed for 56 as Trent Boult picked up a five-fer and ran through the English lower-order to dismiss the hosts for 539, enabling a vital 14-run lead for his side.

In their second essay, NZ lost stand-in captain Tom Latham for 4 but have steadied the ship since then. They will look to post a challenging total for the hosts in a bid to level the series after losing the first Test by five wickets at Lord's.