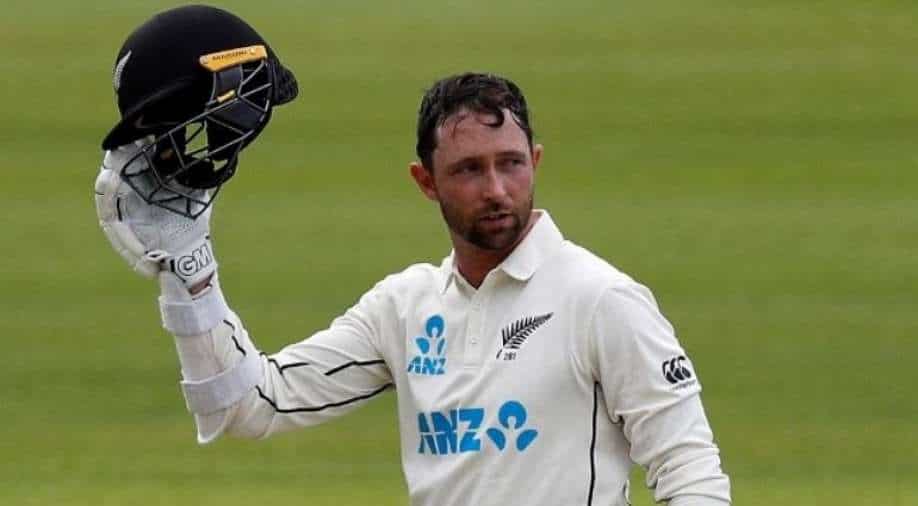 Devon Conway was all commendation for New Zealand's no.11 batsman Neil Wagner.

Devon Conway was all commendation for New Zealand's no.11 batsman Neil Wagner. The Test debutant expressed that he wouldn't have arrived at his double ton without Wagner's significant commitment with the bat.

At the point when England got New Zealand's 10th wicket, Devon Conway was as yet 14 runs short of his twofold hundred. Be that as it may, Neil Wagner showed his batting ability, crushing a quickfire 25* off 21 balls to help Devon Conway arrive at the 200-run milestone in his maiden Test innings.

In a post-match press conference, Devon Conway said: "While it was in the air, Wags was shouting "go ball, go ball". The way he came in and assessed the situation and played with some really good intent kept the momentum going throughout the innings. Massive credit to him, I couldn’t have reached that milestone without him being there at the other end."

Neil Wagner has frequently shown his capacities with the bat, he averages 14.04 in Tests. Numerous generally view him as the best no.11 batsman in Test cricket right now.

Devon Conway in the end was run out for 200 in his first Test innings, with none of the English bowlers figuring out how to get him out. However, the batsman expressed that he attempted to nullify Mark Wood on occasion because of his express speed. Devon Conway additionally copped a couple of hits to his arm off Mark Wood's bowling.

"He’s certainly up there for pace but this wicket is not one of the quickest around. I’m pretty grateful I got a chance to face him on a slightly slower wicket. He is pretty express and it gets that adrenaline flowing and it’s exciting to face, probably one of the quicker guys throughout my career,” he added.

The initial Test at Lord's is equally poised after the finish of Day 2, with England retaliating to reach 111-2 in the wake of losing two early wickets. Yet, New Zealand lead by 267 runs.