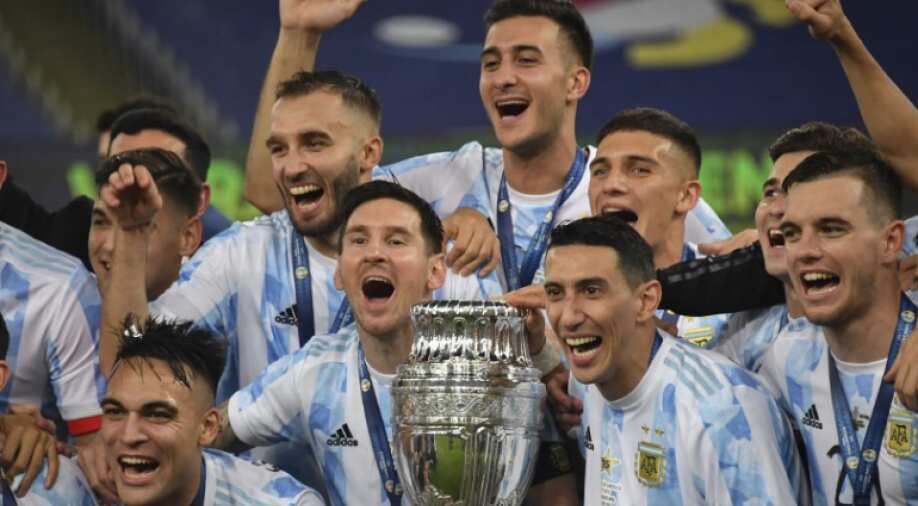 Lionel Messi wasn't at his best in the final, yet his teammates met people's high expectations to give him his first-ever international trophy with Argentina.

Lionel Messi wasn't at his best in the final, yet his teammates met people's high expectations to give him his first-ever international trophy with Argentina.

Addressing the media after the match, Di Maria uncovered what Lionel Messi told him in the repercussions of the Argentina win. He said: "It's going to be unforgettable. Messi told me thanks to me, I said thanks to him! He told me that it was my final, that it was the rematch for the finals that I couldn't play. It had to be today and today it was."

Di Maria proceeded to guarantee that Argentina and Lionel Messi currently have their sights set on the World Cup one year from now. He added: "I am happy for my daughters, my wife, my parents, all the people who supported us, and for all the crazy people who came here. A World Cup is coming up soon and this is a huge boost."

While it was Di Maria who scored the goal, Rodrigo De Paul was additionally a power in the midfield, assisting Argentina with taking it to a solid Brazil group.

Lionel Messi was not necessarily needed to be the here, having scored four goals to get Argentina this far, and De Paul was happy to be one of a few teammates to repay Messi with a trophy.

"This is more than we dreamed of. Being champion in the Maracana against Brazil exceeds all kinds of expectations. I am very happy. Messi needed everyone, and we needed him. He is the best of all time."