Coach Allegri's decisions under spotlight after Juve swept aside 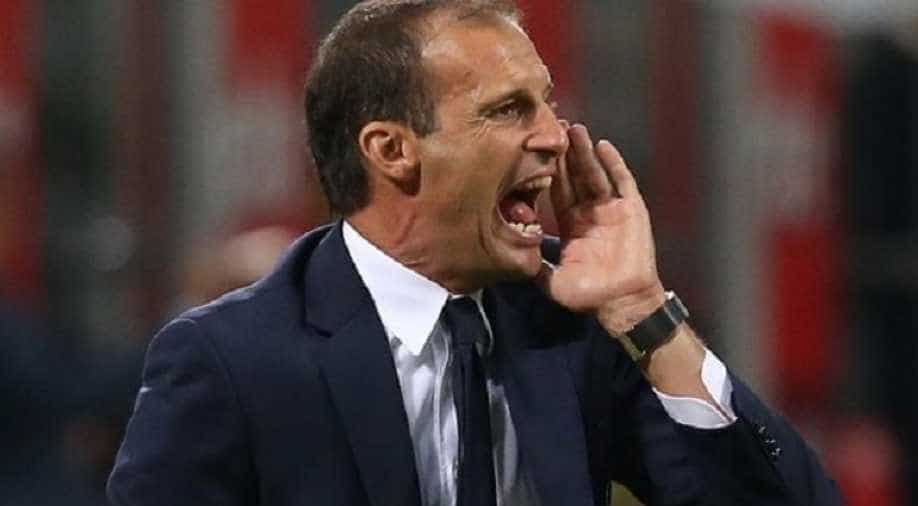 Allegri was typically unruffled after his team were outplayed in their 2-0 defeat at Atletico Madrid in the Champions League.

Juventus coach Massimiliano Allegri was typically unruffled after his team were outplayed in their 2-0 defeat at Atletico Madrid in the Champions League on Wednesday, saying "these things happen".

But Allegri's decisions came under scanner after his team were swept aside by the streetwise Spaniards in the second half of their round of 16 first leg, leaving their hopes of winning the competition hanging by a thread.

Unbeaten in Serie A this season, Juventus have lost three of their seven Champions League matches and now face a huge task to overturn the deficit in Turin on March 12.

In four full seasons at Juventus, Allegri has led his team to four successive league and cup doubles and two Champions League finals.

He has managed to rebuild the side following the departure of players such as Paul Pogba, Arturo Vidal and the talismanic pair of Andrea Pirlo and Gianluigi Buffon.

In the past, Allegri has been the one giving the tactical masterclass, such as last season's round of 16 match against Tottenham Hotspur when he turned the tie around by substituting both fullbacks at the same time.

On Wednesday, however, he was outfoxed by opposite number Diego Simeone.

Having earlier emphasised the importance of an away goal, Allegri's first surprise move was when he omitted right back Joao Cancelo even though the Portuguese has become one of Juve's most impressive attacking weapons this season.

In the second half, while Simeone made three quickfire substitutions between the 58th and 67th minutes, Allegri waited until the 73rd minute to replace Miralem Pjanic with fellow midfielder Emre Can.

The later additions of Cancelo and Federico Bernardeschi - who nearly grabbed a precious away goal when his shot was turned away by Jan Oblak - were too little, too late.

Atletico's goals - in the 78th and 83rd minutes - were both scored while those players were waiting to come on.

Allegri admitted his side were caught out.

"We played a bad second half, making the mistake of going after them," he said. "We got the approach wrong in the second half – it's that simple."

He also conjured up the odd excuse that Atletico have more experience in big matches.

"They are more used playing games of this type than us: they remained inside the game even if there were no big jolts, while we made mistakes."

The only consolation was that the return leg had to be better.

"We couldn't be any worse than in the second half, so we must have confidence for the return leg. We knew that Atletico make you play badly, and to beat them you need to stay on top," he said.