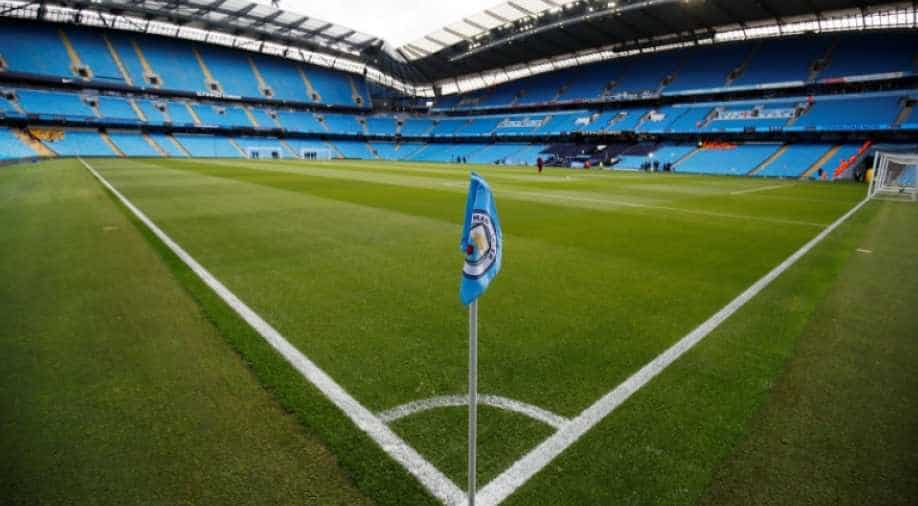 Manchester City have become the dominant force in English football over the past decade but are still waiting for the final piece in the Abu Dhabi project jigsaw -- the Champions League title.

Manchester City have become the dominant force in English football over the past decade but are still waiting for the final piece in the Abu Dhabi project jigsaw -- the Champions League title.

Backed by Sheikh Mansour's immense wealth, inspired by Pep Guardiola's managerial genius and boasting a cast of superstars, the club have greedily scooped up 11 major trophies in nine years.

Yet the prize that has eluded them is the Champions League, which the owners crave above all else.

Monday's ruling from the Court of Arbitration for Sport (CAS), lifting a two-season UEFA ban from European competition, will give Guardiola's men a huge lift for this season and next as they chase elusive European glory.

They can now prepare for the second leg of their last-16 tie at home against Real Madrid, leading 2-1, safe in the knowledge that they will be back at Europe's top table next season.

City's great fear was if CAS upheld UEFA's ban, imposed in February, players would look to elsewhere and Guardiola himself could even lose interest.

Now they can not only retain their best players, but look to recruit more talent in a bid to take back the Premier League title from Liverpool.

"From a footballing perspective, it is good to know that Pep Guardiola may now extend his contract as City manager beyond next season, continuing to raise coaching standards in this country," said the Times.

"It is a joy to know that Kevin De Bruyne, the finest midfield player in the world on present form, may stay on, enchanting audiences with his extraordinary passing style."

City have already lifted the League Cup this season and are well-placed in the FA Cup.

But they know that to be considered a member of the established European elite, they must win the Champions League.

The club's transformation from Premier League also-rans into a European force over the past 12 years has been remarkable.

For so many years they were the perennially underachieving neighbours of mighty Manchester United.

But under Mansour and chairman Khaldoon Al Mubarak, the struggling club have become a global footballing behemoth.

When Mansour and his Abu Dhabi United Group purchased City from Thailand's Thaksin Shinawatra for £210 million ($265 million) on September 1, 2008, they arrived to find a club languishing in United's shadow after finishing 32 points behind the champions the previous season.

City's inferiority complex was well-founded after decades of failure. When United won an unprecedented treble of Champions League, Premier League and FA Cup in 1998/99, City were languishing in the third tier.

It is a different story at the Etihad now after four Premier League titles in the past nine seasons as well as a wealth of cup success.

The squad is brimful of international talent, led by global stars such as Kevin De Bruyne, Raheem Sterling and Sergio Aguero, with Guardiola demanding the highest standards.

"People forget that 10 years ago it was unthinkable that City would get to this place," one former senior City executive told Britain's Daily Mail newspaper in 2018 -- a decade after the takeover.

"Building the club that Guardiola took over meant building a world-class team. Players had either never heard of us or weren't interested in us."

Mansour's first signing for City was Robinho, a Brazilian forward then regarded as one of the world's most promising youngsters.

That set the tone for the decade to come as Mansour kept spending until the silverware finally rolled in, starting with the club's first FA Cup for 42 years in 2011.

Then in a landmark moment, Roberto Mancini's side stole the Premier League title from United's grasp in 2012 thanks to Aguero's last-gasp winner against QPR.

Ferguson retired in 2013, sparking a decline at Old Trafford and paving the way for the club he derided as the "noisy neighbours" to fill the power vacuum in spectacular style.

The changes have not just been on the field, with huge investment also made in the state-of-the-art City Football Academy, while Mansour's City Football Group now have nine clubs in their global empire.

City are among the favourites to lift the Champions League this season -- a success that would now taste all the sweeter.