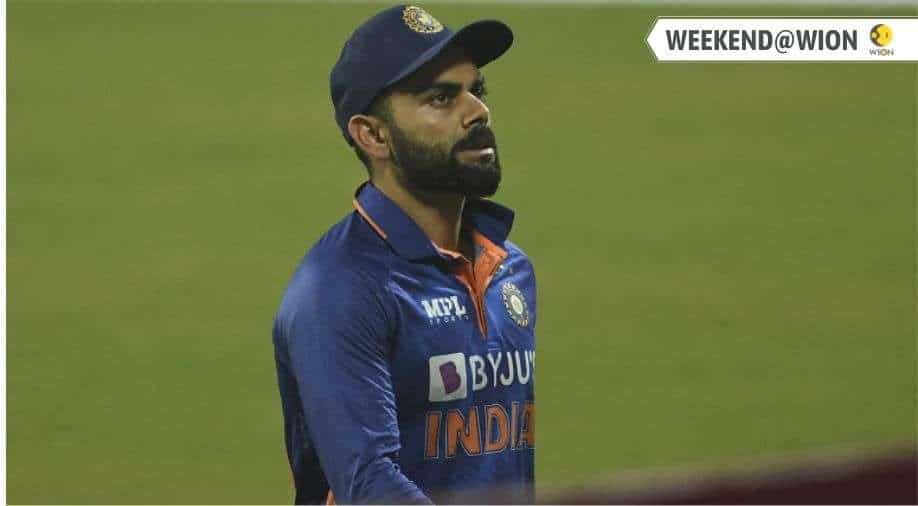 Under-fire Virat Kohli has been given a much-needed break from cricket. Photograph:( AFP )

Virat Kohli has been given a much-needed break by the BCCI at a time when his form was under the scanner and almost each of his last few performances was being scrutinised needlessly.

Scrutiny is nothing new when it comes to sports. Athletes across the globe go through lean patches and are at times subjected to intense criticism which even the toughest one find difficult to handle. The damage from scrutiny is often swept under the rug and players are left to deal with the repercussions.

When it comes to cricket in India, praise and criticism go hand in hand. As much as the cricketers are loved by the fans of the sport that has ruled the hearts of the nation for several decades now, they receive an almost equal amount of scrutiny when their performances on the field dip.

Virat Kohli is no different. Despite being a cult hero and one of the best batters to have graced world cricket in the present era, Kohli has failed to earn leverage against unscathed criticism and personal attacks which can cause severe damage to even the mentally toughest athletes.

Kohli, who has rightfully earned the tag of a 'run machine' with his incredibly consistent performances with the willow over the years, has not enjoyed the best of form over the last couple of years. His last international century came more than a couple of years ago in November 2019 and his last few series have been below-par as per the standards he has set for himself with his stunning performances in the past.

This is not the first time Kohli has gone through a lean patch in his career and as per the batting maestro himself, he has seen the worst of it all during India's tour of England in 2014 which has left him shattered on and off the field. "I just didn't know what to do and what to say to anyone, How to speak, how to communicate," Kohli had once said recalling the England tour of 2014 - his worst so far in his career.

Eight years down the line and Kohli is a far more mature cricketer now, a fighter in his own rights and someone who hates to turn up on the field if not feeling his hundred per cent. However, his ongoing rough patch once again has pushed one of the finest cricketers of the generation to the edge.

COVID-19 has changed the way the sport used to be played and mental fatigue has become a far bigger challenge than it ever was. A number of players, including Kohli in the past, have spoken about the importance of adequate breaks while playing continuous cricket in such bubbles and how challenging it is for players to go about their business in such conditions.

On Saturday (February 19), Kohli reportedly left the Indian team's bubble in Kolkata during their ongoing T20I series against West Indies after being granted a much-needed ten-day break by the BCCI. The break couldn't have come at a better time for the former India captain.

His century drought since 2019 has led to needless scrutiny almost every time he turns up to bat in a game. However, even Kohli will admit, he has not been the prolific run-scorer that he used to be and pressure seems to have taken a toll on his performances for the Indian team.

Apart from dealing with his rough patch, the last few months have been turbulent for the former India captain, who was embroiled in a controversial saga with the Indian cricket board after being sacked from ODI captaincy in December last year. Kohli, who had himself given up T20 captaincy last year, was sacked as the captain in ODIs before he decided to quit Test captaincy as well.

While the popular belief was that being relieved of the pressure of captaining the team will help Kohli bounce back and find his lost form, there were no such signs as the former India skipper continued to struggle. While the best way to find form is to play as much as you can, sometimes a break can do wonders.

For Kohli, this crucial ten-day break couldn't have come at a better time as it will help the seasoned cricketer in pressing the refresh button after what have been an agonising few months on and off the field. Kohli will miss the 3rd T20I against West Indies followed by the three-match T20I series against Sri Lanka.

Also Read: Virat Kohli vs BCCI: Is there any real winner in this tussle?

He will return from his much-needed break when India lock horns with Sri Lanka in the two-match Test series. To make his comeback in the format that he loves the most will be an ideal situation for the run-machine, who will be looking to shut down some of his critics with his bat.