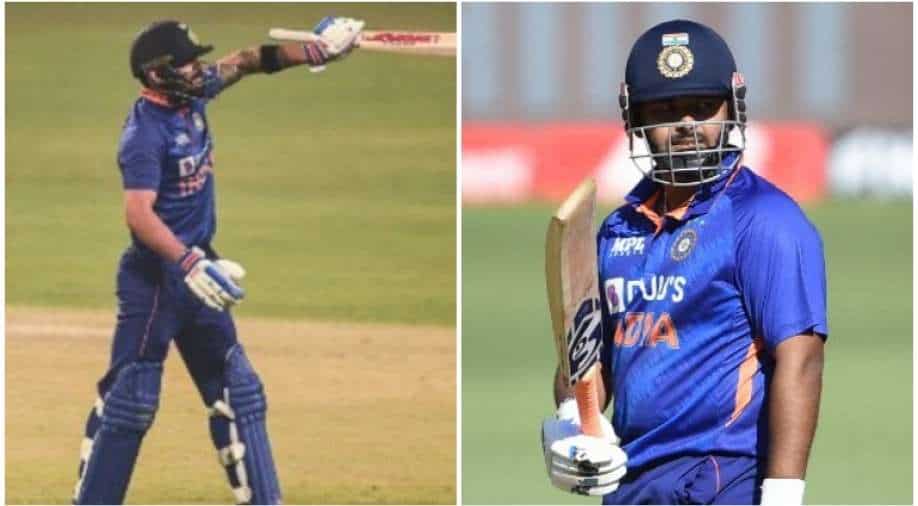 After the series victory, former Indian skipper Virat Kohli and wicketkeeper-batsman Rishabh Pant have reportedly left for their respective homes after being given a bio-bubble break by the BCCI.

Team India defeated West Indies by 8 runs in a thrilling second and penultimate T20I at Eden Gardens, Kolkata on Friday (February 18). Rohit Sharma-led Indian team were asked to bat first as they rode on Virat Kohli's 52, Rishabh Pant's 52* and Venkatesh Iyer's 33 to post 186-5 in 20 overs.

In reply, WI were 59-2 before a century-stand between half-centurions Rovman Powell and Nicholas Pooran steadied the ship but impressive death-over bowling from Bhuvneshwar Kumar and Harshal Patel ensured a series win for India. After the series victory, former Indian skipper Virat Kohli and wicketkeeper-batsman Rishabh Pant have reportedly left for their respective homes after being given a bio-bubble break by the BCCI.

According to a report filed by news agency PTI, BCCI have given a ten-day break to Kohli, who will now miss the forthcoming Sri Lanka T20Is and return for the two Tests versus the Islanders. On the other hand, Pant -- who was named Rohit's deputy for the ongoing WI T20Is -- will also miss the white-ball series versus the Sri Lankans.

"Yes, Kohli has left home on Saturday morning as India have already won the series. As it has been decided by BCCI, it will be a policy to give all the regular all format players periodic breaks from the bubble to ensure that their workload management and mental health is taken care of," a senior BCCI official was quoted as saying.

Both Kohli and Pant were part of the three ODIs and the first two T20Is versus the Men in Maroon. While Kohli regained some form, after a string of low scores in the 50-over series, Pant also contributed well with the bat before being given a break now. Despite the duo's departure, Rohit & Co. have enough options to go for the kill and claim the WI T20Is by a 3-0 margin.