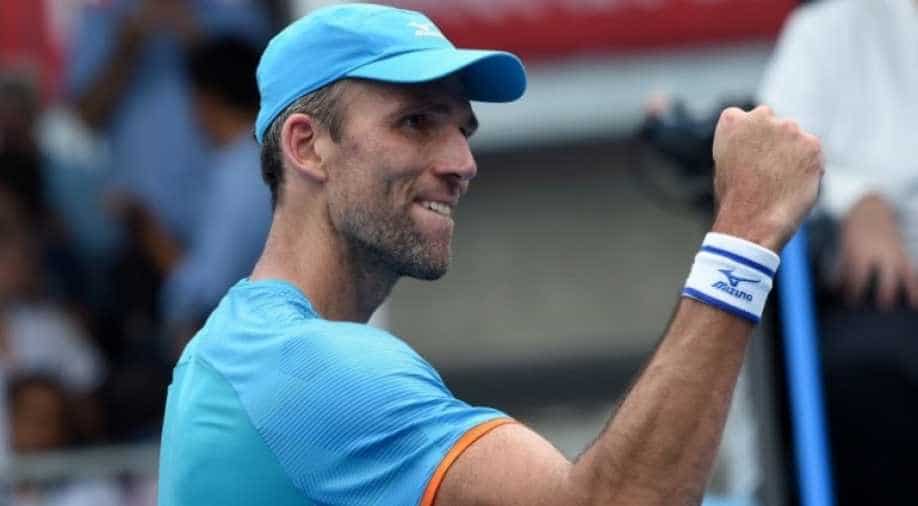 Bashing 39 aces to match his age, Ivo Karlovic became the oldest man to win a match at the Australian Open in over 40 years as he felled Poland's Hubert Hurkacz, a man 18 years his junior, to reach the second round on Tuesday.

World number 73 Karlovic also became the oldest winner at any Grand Slam since a 40-year-old Jimmy Connors beat Jaime Oncins to reach the second round of the 1992 U.S. Open.

Karlovic, whose birthday falls on Feb. 28, will be officially middle-aged next month but said he had no intention of winding down while still fit enough to compete.

"I think I'm healthy so hopefully there will be no injuries," the 6-ft 11-in (2.11 metres) Zagreb man told Reuters at Melbourne Park.

"As long as my ranking is up and I get in to all these tournaments, I don't see any reason I should stop."

The oldest man in the men's singles ahead of 37-year-old double defending champion Roger Federer, Karlovic advanced a day after 31-year-old Andy Murray played possibly his last match at Melbourne Park on Monday.

The former world number one Briton has been suffering severe pain in his right hip and said before the tournament that he might have to retire.

Where Murray's all-court, scrambling, defensive game has undoubtedly taken its toll, Karlovic's longevity may be explained in part by his commitment to the now rarely seen art of serve-volley.

Boasting a monster serve and an arm-span that can seem as wide as the court, the Croat keeps points short and sharp.

The style can be picked apart by good passers and the power of modern baseline pounders but it has served former world number 14 Karlovic well in a very respectable career of eight titles.

No rally against Hurkacz exceeded four points and the silver-haired Karlovic sealed the match when the Pole sent an attempted passing shot into the tramlines.

He raised his long arms into the air in triumph as a rowdy smattering of Croatian fans chanted, "Ivo! Ivo! Ivo!"

Why would he want to leave all this, he asked.

"This range of emotions from winning to losing, it's, I don't know, it's different," he said.