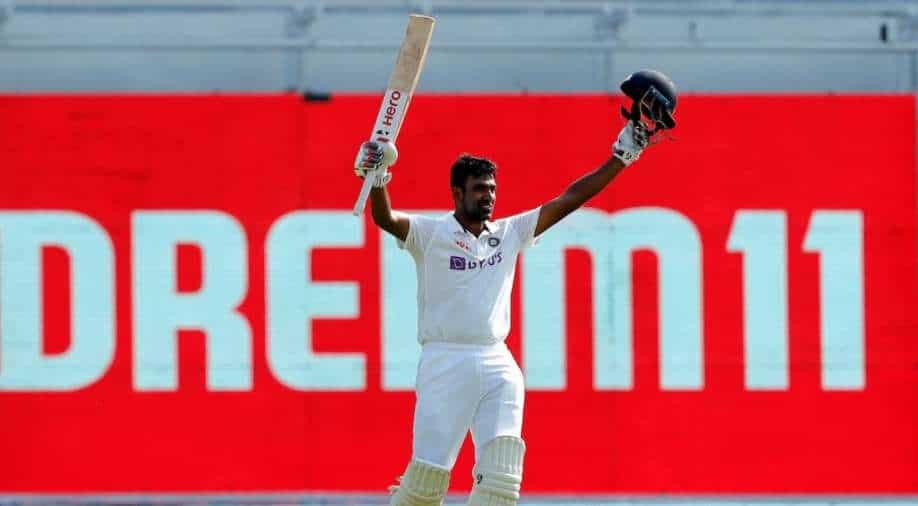 Ravichandran Ashwin is one of the greatest - stats prove it! (Photo: BCCI) Photograph:( WION Web Team )

Ravichandran Ashwin was adjudged the Man of the Match after a splendid performance in the second Test match between India and England, where hosts thrashed the visitors by 317 runs.

The local boy got a hero's reception after scalping eight wickets and scoring a gritty ton in the second innings. While receiving the 'Player of the Match' award, Ashwin said: "I am enjoying my game and am really happy it happened in Chennai. Every load up gives a different result in terms of which way the pitch is behaving."

The 34-year-old went on to bond with the crowd present at the Chepauk Stadium. He shared an anecdote in his native language (Tamil), Ashwin said: "As an eight year old I have come here on these very stands to watch cricket. I have played four Test matches here and easily this is the most special."

"I get a hero's feeling here playing cricket here. In Covid times this knowledgeable crowd came out in big numbers."

The impressive win pushed India to the second spot with the win percentage of 69.7 percentage points on the points table. However, another loss could prove fatal for Virat and Co. as they need at least 2-1 or 3-1 win in the series to qualify for the final of the maiden edition of the championship. Both teams are currently levelled at 1-1.