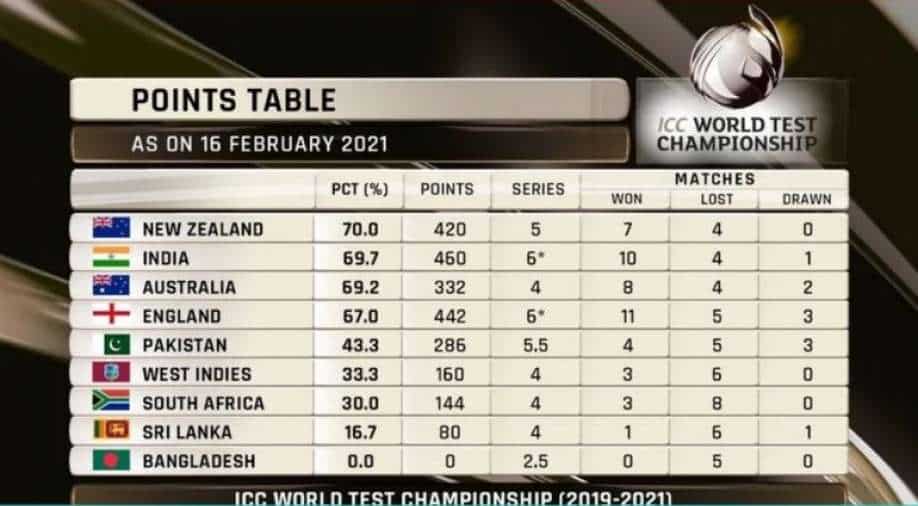 New Zealand have already qualified for the final while Australia can qualify ahead of India and England if the ongoing series is drawn or if England win 2-1.

Team India bounced back and handed England their biggest defeat in Asia in terms of runs after beating them by 317 runs.

The impressive win pushed India to the second spot with the win percentage of 69.7 percentage points on the points table. However, another loss could prove fatal for Virat and Co. as they need at least 2-1 or 3-1 win in the series to qualify for the final of the maiden edition of the championship. Both teams are currently levelled at 1-1.

Former table-toppers England slipped to the fourth spot with 67.0 percentage points. However, they are still in contention to qualify as they need wins in remaining two matches to book a berth in the Championship finale. 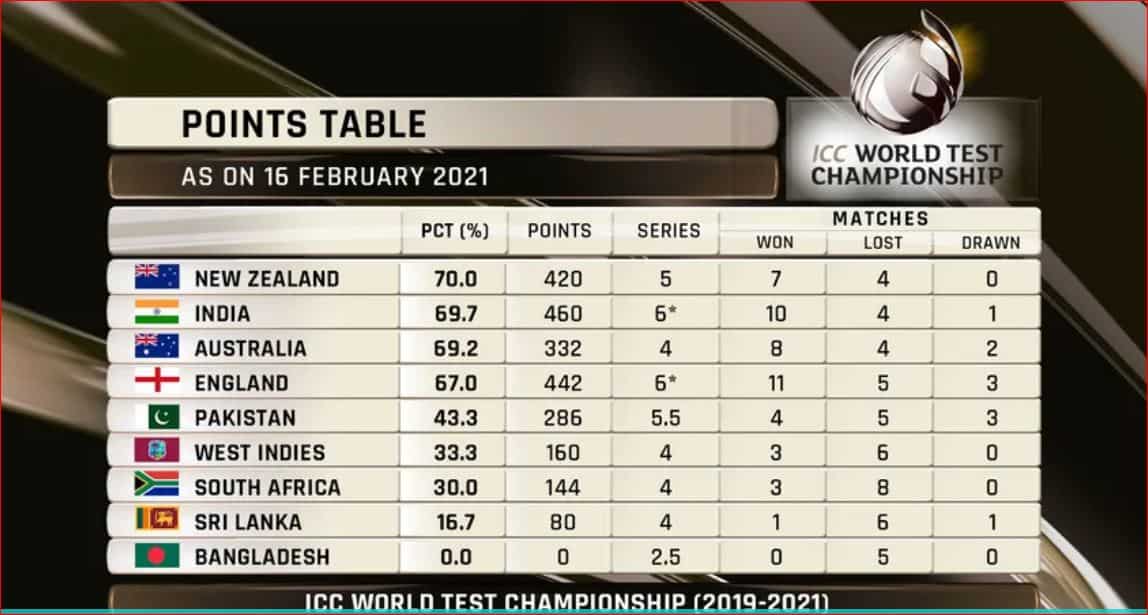 New Zealand have already qualified for the final while Australia can qualify ahead of India and England if the ongoing series is drawn or if England win 2-1.

England were on the back foot right from Day 1 after a mammoth ton by Rohit Sharma that powered India to 329 runs in the first innings. The difficult pitch provided a much-needed advantage to India's spin-duo (Ravi Ashwin and Axar Patel), as local boy Ashwin picked up a fifer after restricting 134 runs giving a 195-run lead to the hosts.

In the second innings, Indian batsmen faced plenty of difficulties as the hosts were down to 106/6. But a 94-run stand between skipper Kohli and Ravichandran Ashwin put India back in commanding position. Chennai-based Ashwin went on to score a hundred in front of his local crowd powering to 286 runs by the end of the second innings.

England, in return, failed to stun the hosts as Axar, Ashwin, and Kuldeep kept the visitors puzzled with their spin. Despite Moeen Ali's last-minute heroics, England were bowled out on 164 runs giving a comfortable win to Virat and Co.