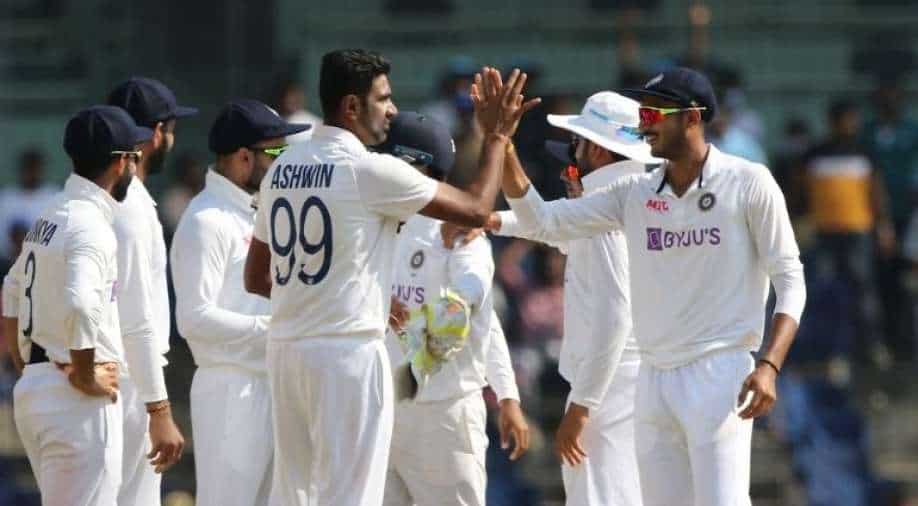 With this win, India jump to the second position at the WTC points table. The current series is level at 1-1 with two more matches to go.

India level the four-match series after handing a 317-run defeat to England in the second Test at the Chepauk stadium at Chennai on Tuesday.

ALSO READ: WATCH: Virat Kohli does the 'whistle podu' to get the Chennai crowd going

England were on the back foot right from Day 1 after a mammoth ton by Rohit Sharma that powered India to 329 runs in the first innings. The difficult pitch provided a much-needed advantage to India's spin-duo (Ravi Ashwin and Axar Patel), as local boy Ashwin picked up a fifer after restricting 134 runs giving a 195-run lead to the hosts.

In the second innings, Indian batsmen faced plenty of difficulties as the hosts were down to 106/6. But a 94-run stand between skipper Kohli and Ravichandran Ashwin put India back in commanding position. Chennai-based Ashwin went on to score a hundred in front of his local crowd powering to 286 runs by the end of the second innings.

England, in return, failed to stun the hosts as Axar, Ashwin, and Kuldeep kept the visitors puzzled with their spin. Despite Moeen Ali's last-minute heroics, England were bowled out on 164 runs giving a comfortable win to Virat and Co.

Axar Patel picked a fifer in his debut match. "It was a good experience, to get five-wicket haul on debut is special. As Kuldeep said, there was much happening on the pitch. It was about varying your speed and I just kept doing it. Forced the batsman to make mistakes. On the first day itself, it was turning. So, we bowled tight lines and got the rewards," said Axar Patel.

With this win, India jump to the second position at the WTC points table. The current series is level at 1-1 with two more matches to go.