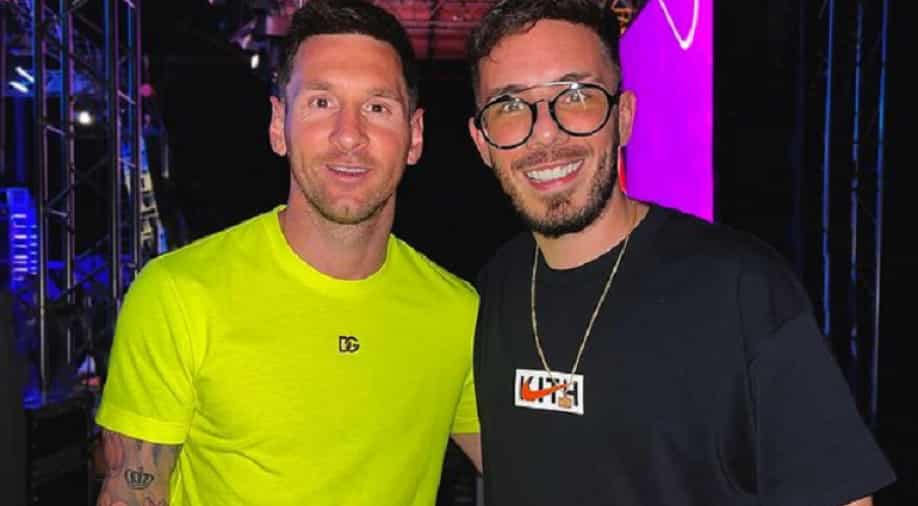 The Argentine DJ, who is being blamed by fans for infecting Lionel Messi with COVID-19, has responded to the abuse with a post on Instagram.

Paris Saint-Germain (PSG) superstar Lionel Messi had contracted COVID-19 during the Christmas break last year. Messi has been forced into isolation and is due to return to Paris as he continues to stay at his home in Argentina, following all the necessary isolation protocols before returning back to the club.

An Argentine DJ has been facing massive backlash over Messi's recent positive COVID-19 test as he is being blamed by the fans of the PSG footballer for his infection. The DJ - Fer Palacio had last week posted a picture with Messi on his Instagram account where he had thanked the Messi family for inviting him to perform at their New Year's eve bash.

Messi, who is one of the four first-team players at PSG to test positive for COVID-19, had attended several parties during the festive break. He later tested positive for the contagious virus and had to extend his stay in Rosario. Palacio has since been heavily abused by fans on social media with some also labelling him a 'murderer'.

The Argentine DJ took to Instagram on Monday (January 3) to share a post denying the accusations of having infected Messi. He also revealed that he had undergone a COVID-19 test ahead of travelling to Uruguay this week and has tested negative.

"I am a trend on Twitter because Messi tested positive for Covid-19," he said on Instagram. "They relate this to me saying that I infected him. They have even called me 'murderer'," Palacio said in a video on his Instagram story.

"I have a lot of very bad private messages. Yesterday I got tested because I have to travel to Uruguay and I do not have Covid-19," he added.

Messi is all set to miss PSG's next game against Vannes in the Coupe de France round of 32. The Argentine ace might also miss his side's next Ligue1 clash against Lyon on January 09. He is expected to be out for at least another week before returning to training.