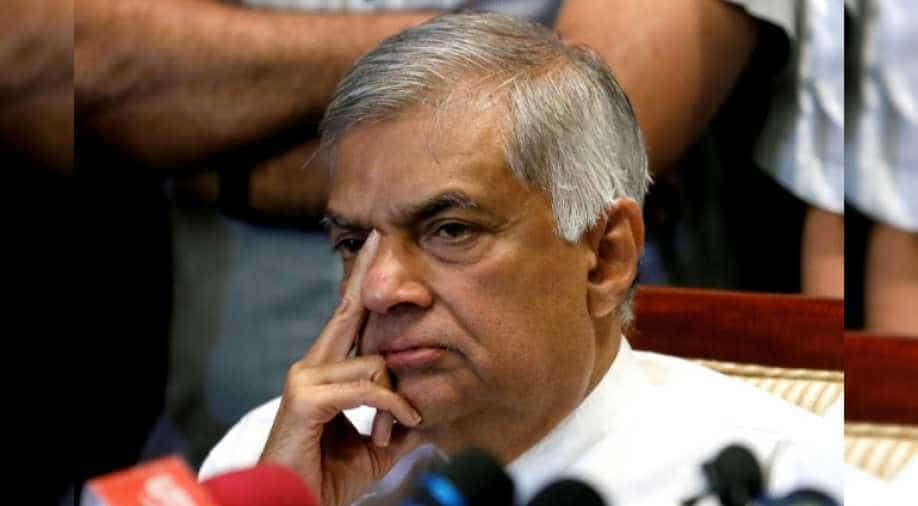 Wickremesinghe, the leader of the United National Party (UNP), said his party will form a new alliance with the other parties with a new face to pull the nation out of the present crisis.

Sri Lanka's ousted prime minister Ranil Wickremesinghe announced Monday to forge a new political alliance to fight the January 5 general elections even as he dismissed President Maithripala Sirisena's justification for dissolving Parliament, saying no one had feared any bloodshed.

Sirisena dissolved Parliament on November 9 and announced snap polls to be held on January 5 next year after it became evident that he did not have enough support in the House to prove the premiership of 72-year-old Mahinda Rajapaksa, whom he appointed prime minister after abruptly sacking Wickremesinghe on October 26.

The President said the decision to dissolve Parliament was taken to prevent clashes among rival lawmakers and blamed Speaker Karu Jayasuriya for not accepting his presidential powers.

Wickremesinghe, the leader of the United National Party (UNP), said his party will form a new alliance with the other parties with a new face to pull the nation out of the present crisis, Daily Mirror reported.

He also responded to Sirisena's address in which he blamed Speaker Jayasuriya for creating a situation to force snap polls, saying no one had feared any bloodshed in Parliament or murder inside the chamber.

"If the President had any information, he should have informed the Speaker then it would be the Speaker's duty to take necessary steps," Wickremesinghe said.

On Sirisena's charge that parliamentarians were being traded for large sums of money to extend support, Wickremesinghe said: "it was the President who took some of our people to his side and gave them ministerial posts, so he should know about members of Parliament being traded for money".

Recalling his uneasy three-year alliance with Sirisena, the ousted premier said: "I faced various challenges, slander and heartburn. I tolerated them with patience because I wanted to uphold the mandate we received in 2015".

"It is not possible to build up a nation through undemocratic and destructive means. We will not allow anyone to destroy this nation which we have managed to safeguard at the risk of our lives.

"I promise to pull this nation through the present curse by associating myself in a new and a broad alliance. Therefore I invite everyone to join this new political force," Wickremesinghe was quoted as saying by the daily.

Rajapaksa, who ruled Lanka for a nearly decade from 2005, was unexpectedly defeated by his deputy Sirisena in the presidential election held in January 2015 with the support from Wickremesinghe's UNP.

However, the power-sharing arrangement between Sirisena and Wickremesinghe became increasingly tenuous on several policy matters, especially on issues like the economy and security. And subsequently, Sirisena abruptly ousted Wickremesinghe and replaced him with Rajapaksa.

The island nation plunged into a constitutional crisis following the move.

Sirisena suspended parliamentary proceedings until November 16. Later, owing to domestic and global pressure, he issued a notice to reconvene Parliament on November 14. Last week, he dissolved Parliament and announced snap polls in January 2019.