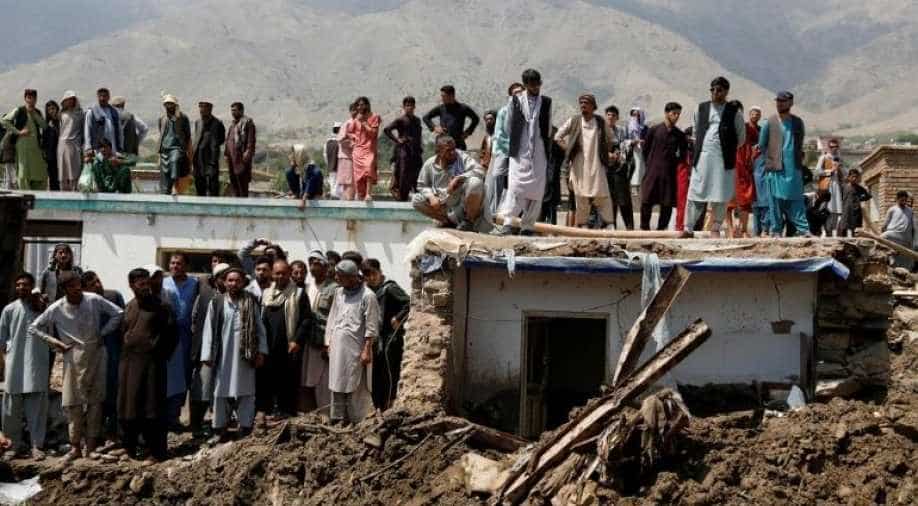 Taliban fighters killed four civilians on Thursday during clashes with Afghan forces in the central province of Parwan, amid rescue work after flash floods claimed more than 150 lives, officials said.

It was the latest violence amid peace talks between the warring sides that have been delayed over the issue of prisoner releases, as part of efforts to end the US-led war in Afghanistan, which has spanned nearly two decades.

“Taliban fighters opened fire on civilians fleeing areas worst hit by the flash floods,” said Abdul Shukoor Qudoosi, a district official in Bagram, home to the country’s biggest U.S. military base and the site of the clashes.

“Taliban were clashing with Afghan forces and they killed civilians who were in an autorickshaw near an army checkpoint,” Qudoosi said, adding that it appeared as if the Islamist militants mistook the passengers for Afghan soldiers.

One Afghan soldier was killed and two were injured.

A Taliban spokesmen was not immediately available to comment.

The death toll from the floods rose to 150, with at least 250 people injured, as survivors and rescue workers sifted the debris of more than 1,500 homes destroyed to the north of the capital, Kabul.

Authorities moved more than 900 families out of parts of the mountainous province that had been devastated by the floods, which were triggered by exceptionally heavy rain this week.

“The search is still on, as many people, we fear, are still buried under the rocks and rubble,” said Tamim Azimi, a spokesman for the ministry of disaster management.

“The situation is very grim, the scale of loss is intense.”

Security forces, officials and survivors have trudged through deep mud in the search for survivors while the effort to clear the disaster area has stretched more than 28 hours, hampered by blocked and damaged roads.

The dead included many children, survivors said. The death toll was expected to rise as families prepared for mass burials, while mounds of rubble remain to be cleared.

Afghanistan regularly suffers from drought but can be lashed by very heavy rain during the south Asian monsoon season.