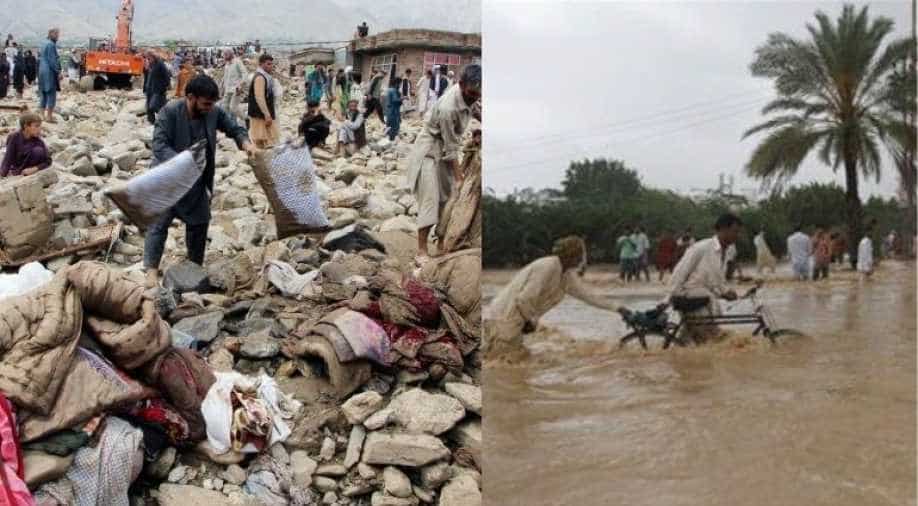 As per the initial search and rescue missions, around 200 houses have been turned into debris and 600 livestock have been killed

The monsoon floods in Afghanistan have taken more than 150 lives and has affected thousands of families, who have lost their family members and livelihood.

In the city of Charikar, overnight flooding took more than 100 lives as hundreds of buildings collapsed due to the heavy flow of the rains.

People rushed back to the city to find their family members, but sadly returned to debris and lists of missing and dead people.

While the rescue teams reached on the spot of destruction few hours later, the local residents of the city took shovels and spades and started helping the rescue teams in saving people trapped under the debris of the fallen buildings.

"It is a catastrophe here with so many people dead and missing, including many children," said Safiullah Safi, a community leader.

As per the initial search and rescue missions, around 200 houses have been turned into debris and 600 livestock have been killed due to the heavy floods in the Parwan province alone.

The local authorities are now urging international organisations to step in and help the country which was already merely making ends meet due to a huge blow to the economy due to the coronavirus pandemic. As of now, the local authorities have managed to provide food and first aid to around 1,000 families.

The floods had also reached Pakistan, which is conducting its own rescue missions after cities drowned over the week-long heavy rains.