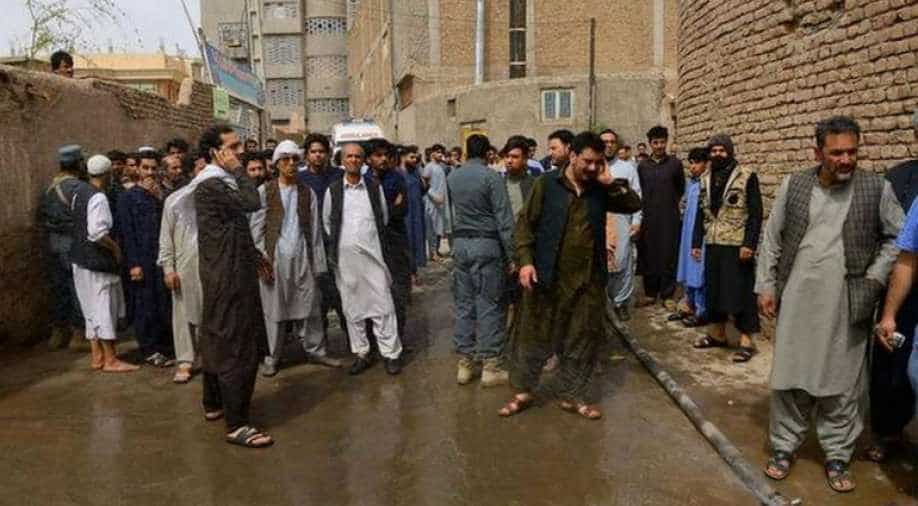 Two suicide attackers struck a Shiite mosque in Afghanistan on Sunday, killing at least one person and wounding eight others, officials said, in the latest assault against the Muslim minority.

As per reports, the death toll is expected to rise adding that one of the attcker tried to enter the mosque but was shot by the security guards.

ISIL claimed responsibility for a suicide bomb attack. The group made the claim via a statement released online by its Amaq news agency.

The area around the mosque was cordoned off by police and ambulances were seen rushing victims to hospitals in the city, an AFP photographer at the scene said.

The attack comes just days after an ISIL suicide bomber killed 26 people in the capital Kabul and injured dozens more on the road to a Shiite shrine, as Afghans celebrated the Persian new year on Wednesday.

Both the Taliban and ISIL have increasingly targeted the war-weary city in recent months as US and Afghan forces ramp up air strikes and ground offensives against the groups.