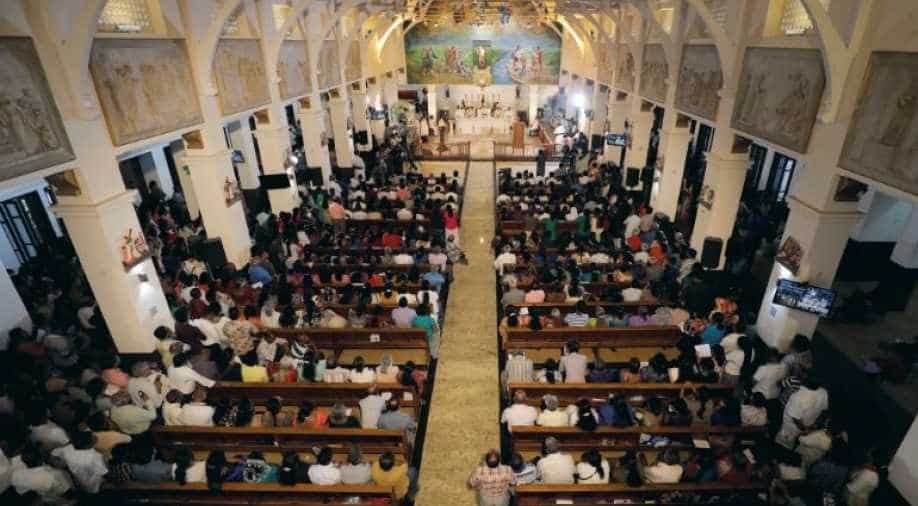 Devotees pray during the reopening ceremony of the St. Anthony's Shrine, one of the churches attacked in the April Easter Sunday bombings in Colombo, Sri Lanka  Photograph:( AFP )

Police have said that all those directly responsible for the suicide bombings have either been killed or arrested.

President Maithripala Sirisena has been extending the emergency on the 22nd of each month since the April 21 attacks on three hotels and three churches.

However, his office confirmed that Sirisena had not extended it for another term and thereby allowed the emergency to end on Thursday.

"The president did not issue a fresh proclamation extending the emergency by a further period," an official source said.

The official government printer also confirmed that there was no notification reimposing the state of emergency, which gives sweeping powers to police and security forces to arrest and detain suspects for long periods.

The government used the emergency as it tightened security across the country and hunted members of a local jihadist group which was held responsible for the attacks and which claimed allegiance to the Islamic State group.

Police have said that all those directly responsible for the suicide bombings have either been killed or arrested.

This week Tourism Minister John Amaratunga said he had asked the president to relax the draconian law to signal to foreign holidaymakers that the situation in the country was back to normal.

Sirisena himself has been accused of failing to act on precise Indian intelligence that jihadists were about to hit Christian churches and other targets in Sri Lanka.

A parliamentary public inquiry has been told Sirisena, who is also the minister of defence and law and order failed to follow proper national security protocols.

The mainly Buddhist nation of 21 million people was about to mark a decade since ending a 37-year-long Tamil separatist war when the Islamist extremists struck.