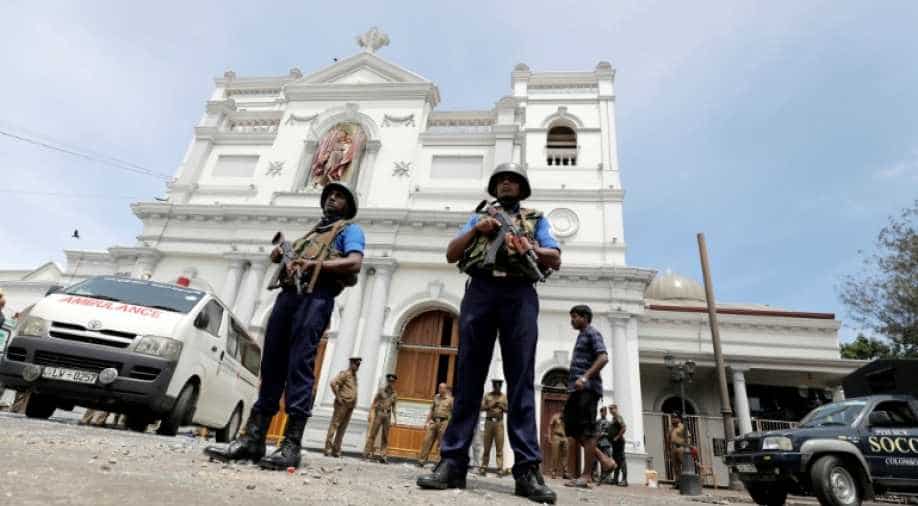 Nearly 60 people have been detained since the Sunday blasts.

The death toll from series of deadly attacks in Sri Lanka has risen to 359 after several people died overnight due to injuries, police said on Wednesday.

One of the nine bombers that detonated explosives was a woman, deputy defence minister Ruwan Wijewardene told reporters on Wednesday.

The attacks which targetted churches and hotels wounded around 500 people.

Nearly 60 people have been detained since the Sunday blasts.

Islamic State has claimed responsibility for the coordinated bombings in the capital.

"Those that carried out the attack that targeted members of the US-led coalition and Christians in Sri Lanka the day before yesterday are Islamic State group fighters," said a statement released by IS propaganda agency Amaq.

President Maithripala Sirisena, who is also defence and law and order minister, said he will carry out a complete reorganisation of the security forces and the police under his control.

Meanwhile, Sri Lankans held a mass burials on Tuesday near the St Sebastian Church in Negombo. White flags and ribbons have been put up at shops, roadsides and other places in the country to mourn the loss. The country has marked the national day of morning on Tuesday with flags at half mast and a minute of silence observed at 8:30 am.