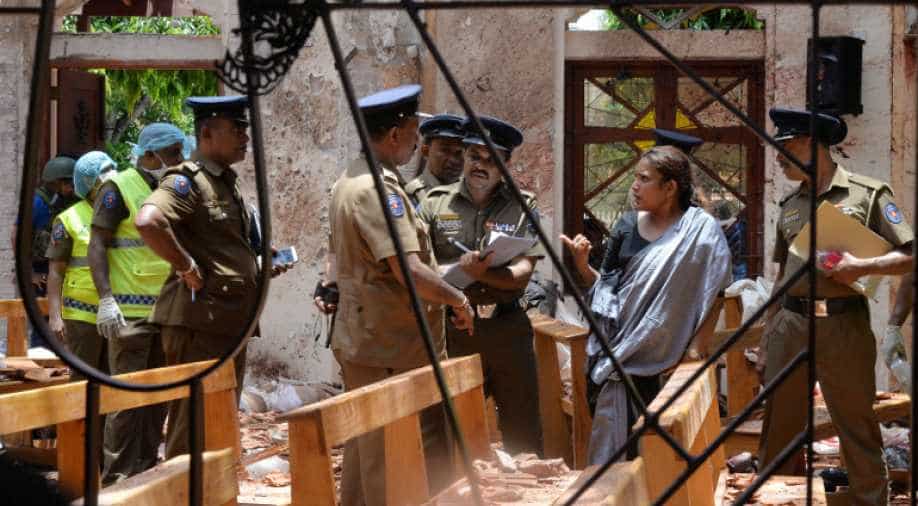 Crime scene officials inspect the site of a bomb blast inside a church in Negombo, Sri Lanka. Photograph:( Reuters )

The group did not give evidence for its claim.

Islamic State has claimed responsibility for coordinated bombings in Sri Lanka which killed 321 people and injured about 500 others, the group's AMAQ news agency said on Tuesday.

The group did not give evidence for its claim.

"Those that carried out the attack that targeted members of the US-led coalition and Christians in Sri Lanka the day before yesterday are Islamic State group fighters," said a statement released by IS propaganda agency Amaq.

Earlier, Sri Lanka's defence minister Ruwan Wijewardene had told the country's parliament that the attacks were carried out in retaliation for the mosque attacks in New Zealand.

"The preliminary investigations have revealed that what happened in Sri Lanka (on Sunday) was in retaliation for the attack against Muslims in Christchurch," state minister of defence Ruwan Wijewardene told parliament.

Fifty people were killed in shooting attacks on two mosques in the New Zealand city of Christchurch on March 15.