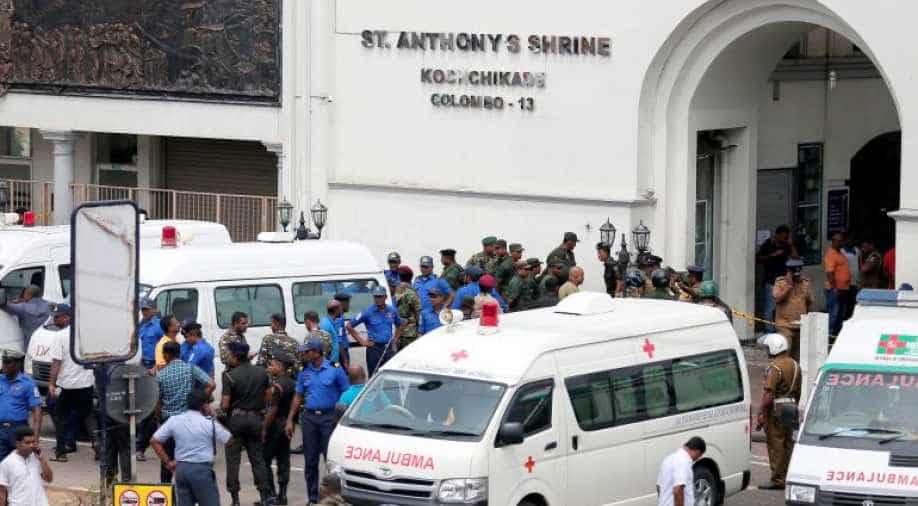 On Tuesday, a statement released by the Islamist State propaganda agency Amaq said the attackers were 'fighters' from the terror network.

The devastating bomb attacks in Sri Lanka, claimed by Islamic State jihadists, show that the influence of the group's extremist ideology remains dangerously intact even after the collapse of its so-called caliphate in Iraq and Syria, experts say.

Over 320 people were killed in a string of deadly suicide bomb blasts on Easter Sunday in Sri Lanka targeting churches and luxury hotels.

Colombo said it believes that the little-known Islamic extremist group National Thowheeth Jama'ath (NTJ) was behind the attacks.

But it has also suggested that a bigger international group helped plan the carnage as "retaliation" for shootings at two mosques in New Zealand last month that killed 50 people.

On Tuesday, a statement released by the Islamist State (IS) propaganda agency Amaq said the attackers were "fighters" from the terror network.

Zachary Abuza, professor at the National War College in Washington, said the Sri Lanka attacks were a warning of a new jihadist strategy following their military defeat in Iraq and Syria.

"I would say that what we saw in Sri Lanka is a new front being opened in the global jihadi insurgency," he told AFP.

He said IS was still able to inspire attacks and give militants anywhere in the world a sense of "urgency".

"Anyone can act in the Islamic State's name, and they will take credit for it," Abuza said.

Rohan Gunaratna, a security expert with the S. Rajaratnam School of International Studies in Singapore, told AFP he believed NTJ was indeed now linked to IS.

"IS has created support groups around the world," he said, adding that some NTJ members were radicalised by the local group then joined IS.

At the peak of its military success, IS claimed a string of attacks around the world, from the November 2015 coordinated attacks in Paris to the deadly rampage of a gunman at an Istanbul nightclub minute into 2017.

In late March, Kurdish-dominated and US-backed forces flushed out IS fighters from their last bastion in Syria in what was hailed as a final military defeat for the group after it lists its strongholds one-by-one in Syria and Iraq.

But governments and analysts have always warned that the risk of attacks anywhere in the world remains just as high, be it from extremists who fought for IS in Syria and Iraq or those simply inspired by them.

After the Sri Lanka bombings, US Secretary of State Mike Pompeo warned that "radical Islamic terror remains a threat", saying the United States needs to stay "active and vigilant".

According to the SITE Intelligence Group, a known supporter of IS published on a social media channel pictures of three purported "commandos" involved in the Sri Lanka attacks standing with raised fingers against an IS flag.

Jean-Pierre Filiu, professor at Sciences Po-Paris, said IS is now adopting what he dubbed a "glocal" strategy by staging local attacks anywhere in a bid to make a global impact.

The jihadist group is "trying to compensate symbolically and in the media for the loss of its strongholds in Syria and Iraq and instead relaunch a terrorist campaign on a planetary scale".

Bruce Hoffmann, senior fellow for counterterrorism and homeland security at the Council on Foreign Relations, said such attacks require considerable expertise and logistical support at every stage -- from recruitment to transport to the target sites.

"A half-dozen simultaneous attacks is a serious proposition. It would be very unusual for a group that basically had no track record," he said.

Little is known about the NTJ, which previously has only been linked to vandalising Buddhist statues.

Ethnic and religious violence has plagued Sri Lanka for decades, with a 37-year conflict with Tamil rebels followed by an upswing in recent years in clashes between the Buddhist majority and Muslims.

But it had not been seen by analysts as a potential crucible for Islamist extremist terror. Yet IS has made inroads in Asia, notably in Afghanistan, the Philippines and Indonesia. 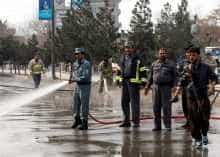