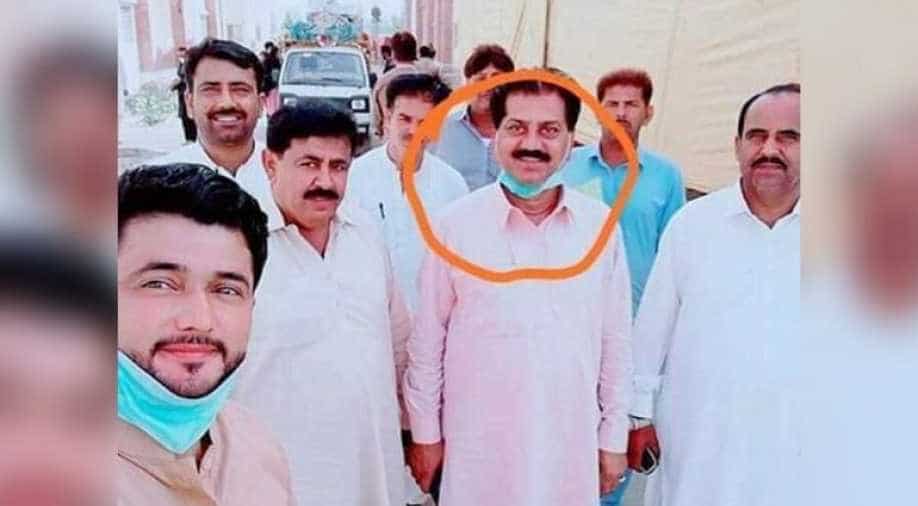 The selfie in question, with the positive patient circled in Photograph:( WION )

Allegedly, the revenue officials had no idea about the medical state of the person in question

Six district administrative officials in the Pakistani province of Sindh were recently suspended after they took a picture with one of their colleagues who had tested positive for the novel coronavirus COVID-19.

The notification was issued by the Deputy Commissioner of Khairpur yesterday. Based on information from authorities, the six revenue officials who were seen in the picture were suspended soon after people took notice of the image.

Allegedly, the revenue officials had no idea about the medical state of the person in question, who had recently returned from Iran. He was later tested positive for the novel coronavirus, as reported by The Dawn.

"Due to the information received through social media regarding selfie by the revenue staff with Irshad Ali Rajpar who recently returned from Iran and was reported as a positive case of coronavirus, the following staff in the selfie are hereby placed under suspension with immediate effect," said the notification. 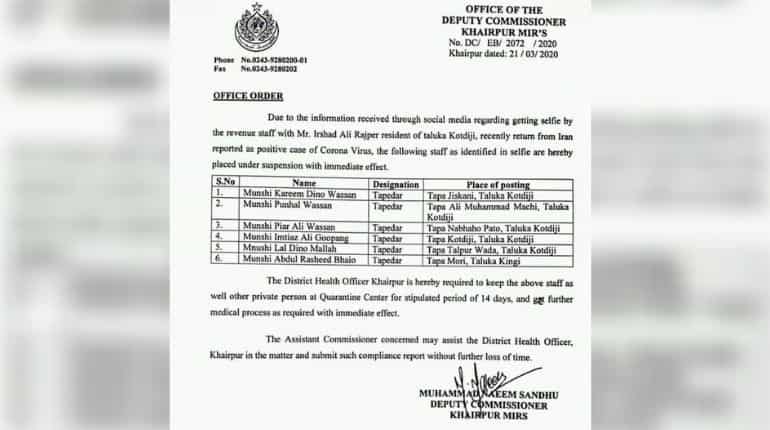 So far, over 803 people in Pakistan have tested positive for coronavirus, with 150 new cases registered in the last 24 hours.

The death toll in the country now stands at six, after a doctor died of the virus in Gilgit-Baltistan region, the number of confirmed coronavirus cases in southern Sindh province rose to 352, Punjab province to 225, in northwestern Khyber Pakhtunkhwa province to 31, western Balochistan province 108, Gilgit-Baltistan 71, the capital's Islamabad 15 while one case confirmed in Pakistan Occupied Kashmir.

Pakistan Prime Minister Imran Khan on Sunday rejected the proposal for the complete lockdown to combat the coronavirus outbreak, saying that state-imposed curfew is not possible in the country as one-fourth of its population is under the below the poverty line and survives on daily wages.