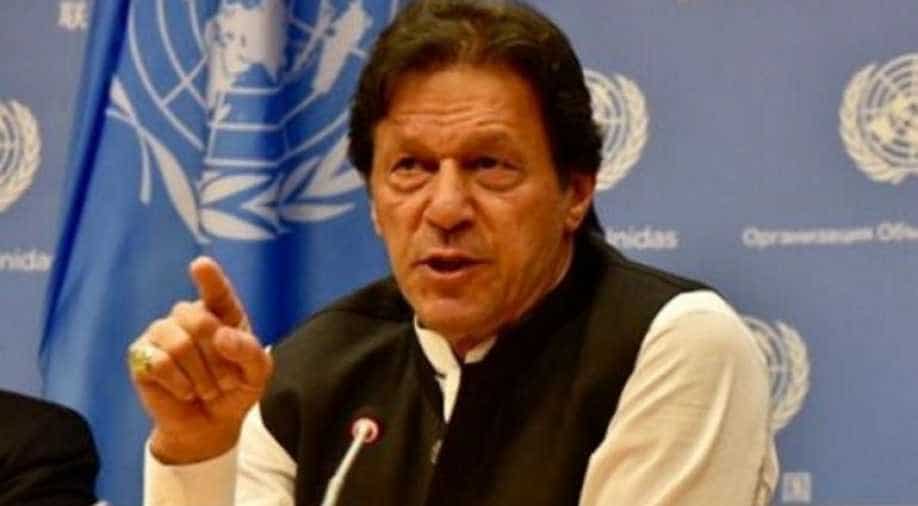 Pakistan PM Imran Khan did not impose a strict lockdown, nor did he shut places of worship and allowed citizens to violate all guidelines.

The Wuhan virus has infected the Pakistani leadership with Prime Minister Imran Khan leaving everything to chance.

The Pakistan prime minister did not impose a strict lockdown, nor did he shut places of worship and allowed citizens to violate all guidelines. Now karma has hit him hard with his own ministers being forced to work from home.

The list of high-profile coronavirus afflicted patients keeps growing. The latest leader to have caught the virus is the point-person for the disease itself - Dr Zafar Mirza - the man responsible for Pakistan's pandemic response. Mirza tested positive for the virus and he made the announcement earlier today on Twitter.

Dr Mirza has mild symptoms, he has isolated himself and is said to be taking all precautions. Mirza was earlier facing criminal investigation for smuggling 20 million masks but was acquitted.

Not just Mirza, Pakistan's foreign minister Shah Mehmood Qureshi also tested positive last week and has been moved to a military hospital in Rawalpindi. He is carrying out his duties from home, so is the federal minister for information and telecommunications.

Syed Aminul Haq also tested positive two weeks back, next on the list was federal minister for Railways Sheikh Rasheed Ahmed who tested positive the virus on June 8 and spent most of the month at a military hospital in Rawalpindi.

Imran Ismail, PTI leader and governor of the Sindh province, had also tested for the virus two months back. However, PM Imran Khan didn't take the pandemic seriously. Last month, he was served another reminder. The former prime minister of Pakistan Shahid Khaqan Abbasi also caught the virus. The former Pakistan PM had tested positive last month and had to quarantine himself at home.

Abbasi joins a long list of Pakistani leaders who have tested positive for the Wuhan virus. There are more leaders who caught the virus - Sharjeel Memon from the Pakistan Peoples Party, Chaudhary Ali Akhtar, PTI provincial lawmaker, Asad Qaiser, Speaker of the National Assembly, Shehbaz Sharif, leader of the opposition in the Pakistan National Assembly - all of them were hit by the virus.