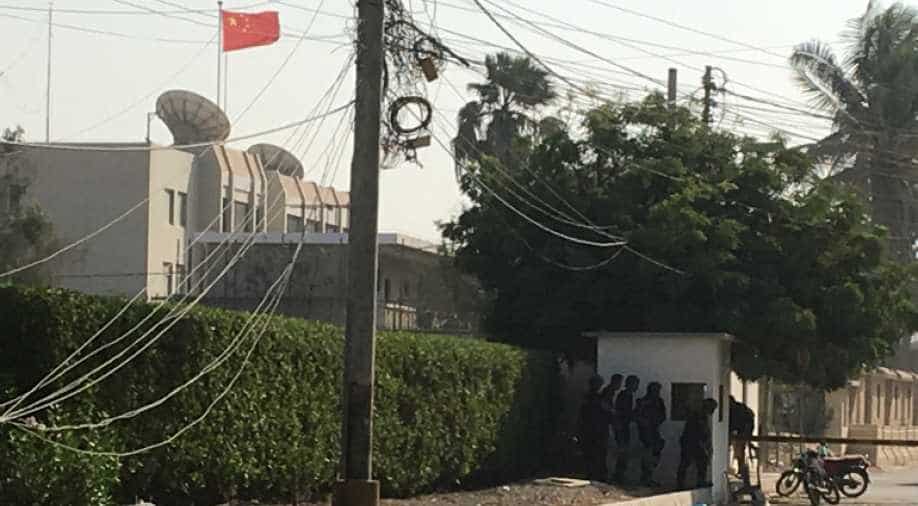 China on Tuesday said Pakistan has assured that it will provide full security to its citizens and the CPEC projects following the recent terrorist attack on its Consulate in Karachi and that any attempt to sabotage their friendship would not succeed.

Three heavily-armed suicide bombers stormed the Chinese consulate in Pakistan's largest city on November 23, killing four people including two policemen before being shot dead by security forces which foiled the daring attack in the high-security zone.

The attack was soon claimed by the outlawed Baloch Liberation Army (BLA) which said it would not tolerate "any Chinese military expansionist endeavours on Baloch soil".

"Pakistan has made it clear that they will get to the bottom of this attack, crackdown on the terrorist organisation and enhance the security of Chinese citizens, institutions and the China-Pakistan Economic Corridor (CPEC) projects," Chinese Foreign Ministry spokesman Geng Shuang told reporters here.

Praising the swift action by Pakistan's security personnel in warding off the attack, Geng said, "this attack once again showcased the mutual trust, mutual support and friendship between the two governments and two peoples."

He said once again it proved that China-Pakistan relationship is higher than mountains and deeper than the sea.

"We stand by each other through everything and we are all-weather strategic partners in every way," he said.

"I want to reiterate that no attempt to sabotage our friendship will succeed. We will maintain a close communication with Pakistani side. We believe in their ability to ensure domestic security, stability and in taking tough measures to ensure Chinese interests in Pakistan and ensuring the security of Chinese citizens and institutions there," he said.

Also, some institutions and netizens in China are collecting donations to help the families of the policemen killed and injured in the attack.
Resource-rich Balochistan is at the heart of the Beijing's ambitious China-Pakistan Economic Corridor (CPEC).

The BLA is opposed to the CPEC, which connects Gwadar Port in Balochistan with China's Xinjiang province, alleging that the project was aimed at exploiting the resources of the province.