Nepal turning out to be gateway for Chinese criminals 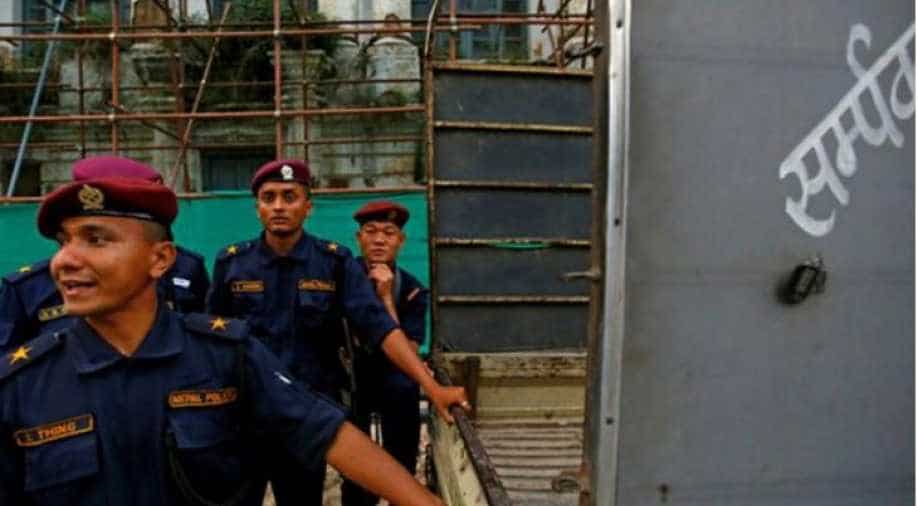 The married Nepali girls were then sold off in an auction as part of the "bride-buying practice" which is prevalent in some parts of China.

The Nepal Police on September 2 had rounded up six Chinese nationals in Kathmandu for allegedly hacking the security system and withdrawing millions of rupees from various ATM booths.

Some days before the hacking incident, four Chinese nationals were arrested at the end of August for their alleged involvement in the bride trafficking racket. The Nepali operatives working for the Chinese used to lure girls and women from remote parts of Nepal with the promise of providing lucrative jobs in China.

The married Nepali girls were then sold off in an auction as part of the "bride-buying practice" which is prevalent in some parts of China.

The above-mentioned incidents do not only show the criminal activities in which Chinese nationals are involved but also the frequency of the events, which in turn is making Nepal a gateway for them to conduct their illegal acts.

These incidents not only have become a headache for the Nepal Police but has also increased the potentiality that it would turn Nepal into a fertile land for Chinese nationals to plot and execute their plans.

The Chinese smugglers used to smuggle gold from Tatopani border that joins Nepal with China before the area suffered extensive damage due to the 2015 earthquake, dealing them a setback.

Since then, the Chinese criminals have shifted their attention to smuggle goods at Rasuwa-Kerung border crossing or sometimes carry out their illegal acts at the Tribhuwan International Airport.

Last year, the Nepal Police had confiscated 88 kilograms of gold which was smuggled into the Himalayan nation by making a false flush bottom in a vehicle that had entered from China via Kerung. It was discovered that a Chinese national Wang Wei Ming was behind the incident, but is absconding.

Now, the Chinese criminals have shifted their attention from smuggling gold to high-tech hackings.

"The security of Nepal's banking system is very fragile and the Chinese criminals are working on to get into those loopholes to break into the system. In the disclosed hacking instances, the arrested ones are mainly Chinese. They at first steal the source code and in some cases, they enter the codes into new ATM cards which they use it as a normal client of banks and take out the money," Janakraj Sapkota, analyst and a crime journalist working in a Nepali newspaper told ANI.

"The first and foremost thing is that the bank itself should be aware because we already have entered into the phase of a technological revolution. We have transformed banking into e-banking and we cannot step back from it," Hemanta Malla, former head of Central Investigation Bureau (CIB) of Nepal, told ANI.

On January 14, 2017, Metropolitan Police Crime Division had arrested a Chinese national Ming Xiang and recovered foreign currency. He was on his way to China via the Kerung border point.

In a gap of nine months, the police had arrested another Chinese national with USD 50,000 from the Kerung port.

"They (Chinese criminals) usually steal account details of foreign banks. After stealing it, they load the data at an ATM and the amount which they withdraw was from ATMs of Nepali banks. They only had used our banks as a gateway and the stolen money is not of Nepal, but are of foreign banks and this time they did it in a different way. At this time, they inducted a malware into the gateway used by 14 to 15 banks of Nepal for trying to break the communication," Malla said.

Investigating police officers in the last month's hacking case involving Chinese nationals are facing the problem in communication. Hence, the Chinese criminals take advantage and try to cover up themselves over the cases filed against them.

Janakraj Sapkota, a senior journalist and analyst, said, "After the arrest of Chinese hackers, Nepal Police has been facing problems during the investigation. The Chinese are not replying to questions asked by police and remain silent over time. In many cases, the police also have been facing difficulty communicating with them. As there are different Chinese dialects, it is hard to find a translator. Hence, the Chinese nationals prefer not to answer or remain silent during investigations."

Malla rejected the claims of the Nepal Police in communicating with the Chinese nationals or other foreigners.

"Not only Chinese, but we have also arrested nationals from various countries when I was in CIB. At that time, we use to call translators from the Vishwa Bhasa Campus (a governmental campus teaching multiple foreign languages) and some from the local tuition centers. We even took help of close friends fluent in that particular language," Malla said.

"Take French for example. When talking about Chinese, the best part now is that there are numerous institutes. There are officers inside Nepal Police who can speak Chinese and French as well. Anyone who has been to China or to the Chinese Mission or the French Mission has studied both Chinese and French. So, I would clearly state it to be an excuse when we talk about the language barrier and Nepal is capable of communicating with foreign nationals embroiled in cases," Malla added.

Despite rising criminal incidents by Chinese nationals in Nepal, Kathmandu is yet to take this issue to a higher level. During the recent visit of Chinese Foreign Minister Wang Yi in the Himalayan nation, the matter was not raised by the Nepali side.

"Neither the Foreign Minister nor the Finance Minister dared to talk about the Chinese nationals' involvement in the hacking case in front of the Chinese Foreign Minister. But it is true that the issue was passed to Chinese officials later after Wang Yi wrapped up his visit," a Nepali foreign ministry source told ANI.

"Talks about the visit of Chinese Premier (Li Keqiang) to Nepal is underway and raising the issue might result in the cancellation of the visit. Hence, the Nepali side might not have pressed its issue forward," the source said.