Neighbours, but not loved 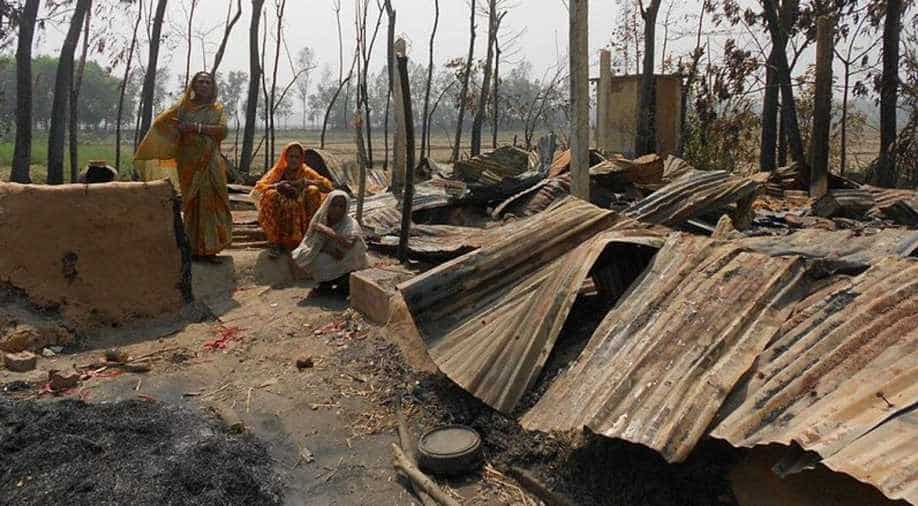 Hindus of Bangladesh often decide to leave the country because they feel insecure in the country Photograph:( Others )

Bangladeshi Hindus are real traitors. They eat here, poop and pee here, make money here, but all they think of is India. And that’s where they send all their wealth to. If you are in Bangladesh, it is nearly impossible to ignore this allegation against the minority community.

There may not be any Hindus in Bangladesh who have not heard this allegation against them once in life. Or they hear it a lot and ignore it. ‘‘Haven’t you bought any properties in India?’’ Muslims ask their Hindu neighbours or colleagues right in their faces. As if it is an old joke. Of course, there are people who show the decency not to crack this cheap sort of joke. But they surely discuss and talk about it behind their backs.

And then there comes the word ‘Malaun.’ For many Bangladeshi Muslims, Malaun is synonymous to Hindu. Owing to the wide usage of the word since the Partition of 1947, especially after the birth of Bangladesh in 1971, people have almost forgotten Malaun is a derogatory word.

So what does Malaun mean? Malaun is an Arabic word, meaning 'accursed' or 'deprived of God's Mercy', and in modern times, it is used as an ethnic slur by the Muslims in Bengal for Hindus. Political leaders from religious parties frequently abuse the Hindus as Malauns during the election rallies.

Malaun is an Arabic word, meaning 'accursed' or 'deprived of God's Mercy', and in modern times, it is used as an ethnic slur by the Muslims in Bengal for Hindus.

Evidently, while serving as the president of Bangladesh, General Hussain Muhammad Ershad had referred to the Hindus as Malaun at a rally in Chhatak.

I remember my teenage years. My best friend was a Hindu. Every now and then, one neighbour, whose son was our sports mate, would stop him pretty often by calling out, ‘‘Hey Malaun!’’ After asking him this and that, he would come to his usual joke part. ‘‘Your father earns a lot,’’ he would ask. ‘‘Where this money goes?’’

My friend would remain silent.

‘‘Is he building any house in India? Spit out. I won’t tell anybody.’’ He assured my friend, patting his back.

‘‘Yes, we are going to have a house in India,’’ Once or twice my friend would answer jestfully. He had no choice. He couldn’t be angry. When he had to face the same issue, again and again, and over again, he had to take it casually and as a joke.

My own father was aware of my best friend. ‘‘Don’t spend much time with that Malaun,’’ he told me a few times. He was the man who didn’t like questions being asked. And I wouldn’t bother him asking why. But he was polite enough never to say that word on my friend’s face.

Last month Bangladeshi business tycoon Salman F Rahman made headlines. His name appeared on the world billionaire’s list as the first Bangladeshi. As reported by Hurun Global Rich List 2017, Salman is ranked 1685 in the list of 2257, and his net worth is $1.3 billion.

Interestingly, last year in July, his house was set to be auctioned by the state-run Sonali Bank as he failed to repay his loan. It is worth noting that in the past Salman had been repeatedly named a defaulter.

In Bangladesh, the default loan culture is growing. The aggregate amount of default loans was over Tk 1 trillion (Prothom Alo, May 19, 2016). Who knows where this money goes?

Based on Malaysia My Second Home website report, Bangladeshis are third among the top 10 countries of migrants under this project.

A good number of defaulters presumably settle in Malaysia or in other countries. Based on Malaysia My Second Home website report, Bangladeshis are third among the top 10 countries of migrants under this project.

And naturally when they migrate, with them their money migrates too. According to the Malaysian government rules, to settle there under this program, one requires to deposit liquid assets worth a minimum of RM 500,000 (about $113700) and show offshore income of RM 10,000 (about $2275) per month.

The shocking thing is this money is smuggled out through illegal ways as the central bank of Bangladesh does not allow its nationals to take such huge amounts abroad without its approval. Interestingly, I have not heard Bangladeshi Muslims ever call these wealthy migrants traitors.

Illegal capital flight from Bangladesh surged 33.78 per cent to $9.66 billion in 2013 through trade MISinvoicing and other channels, according to a report of Global Financial Integrity. The amount was more than six per cent of the country's GDP and one-third of the export receipts in 2013. It was three times the size of average foreign aid Bangladesh received in recent times. (The Daily Star, December 10, 2015).

These money launderers ate in Bangladesh, pooped and peed in Bangladesh, and, of course, made this massive capital inside the map of Bangladesh. Never have I heard Bangladeshi Muslims spare a single word to term them traitors.

Violence against Hindus in Bangladesh is becoming a regular incident.

Violence against Hindus in Bangladesh is becoming a regular incident. Let us look at the most recent one in Nasirnagar. According to The New York Times, the attacks were set off by outrage over an image on Facebook depicting the Hindu god Siva at a Muslim holy site in the city of Mecca. On October 30, hundreds of angry Muslims ransacked 15 temples and the homes of more than 100 families in a Hindu neighborhood in Nasirnagar, northeast of Dhaka. The police did not intervene. Other attacks on Hindus took place across Bangladesh.

It is certain that a large number of Bangladeshi Hindus have relatives in Kolkata or elsewhere in India. If a wee numbers decide to move there permanently, that is because they feel insecure in Bangladesh.

Countless people, regardless of their religion, are leaving Bangladesh frequently to join their family and relatives living in the developed countries. We never mind. We never call them traitors.

From time immemorial migration has been part of human history. In search of a better life, to have a bit secured future, to gain knowledge—people migrate for various reasons. No matter some are Muslims, Hindus, Christians or Jews. 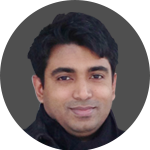 Rahad Abir is a fiction writer from Bangladesh. He is the recipient of the Charles Pick Fellowship 2017-18.