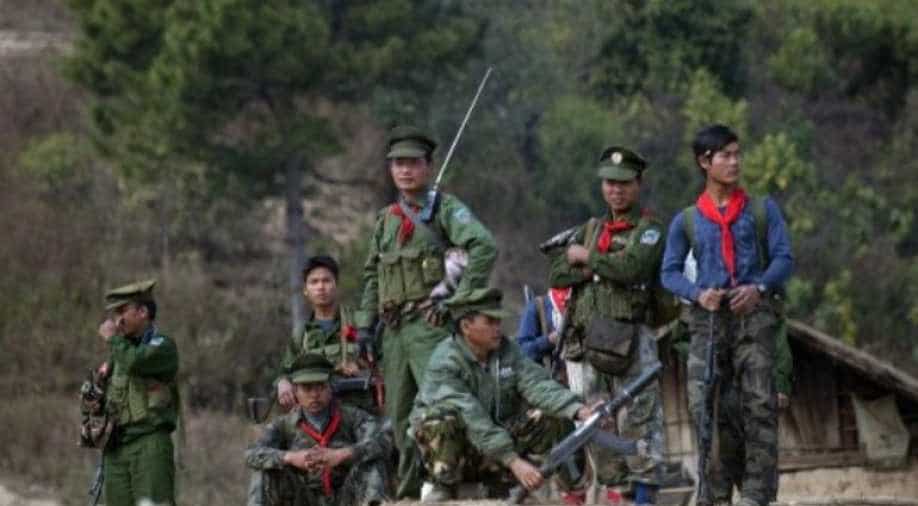 They have to either submit and become an abettor as Nepal and Pakistan have or you stand up and treat the bully the way it should be --- like India is doing.

China's behaviour towards its neighbours fits the classic definition of a bully. Every time a nation pursues an accomodating approach. China gets more encouraged and ups the ante.

How then does one deal with such a compulsive bully?

They have to either submit and become an abettor as Nepal and Pakistan have or you stand up and treat the bully the way it should be --- like India is doing.

India's determined actions have emboldened another nation to take a stand. One of China's closest ally in south-east Asia is pointing fingers at Beijing, Myanmar.

First, the country said no to Chinese loans. This was last month. Now reports say that Myanmar is blaming China for arming insurgent groups in the country.

The commander-in-chief of the Myanmar armed forces senior general Min Aung Hlaing gave an interview recently. It was aired on Zvezda, a Russian state-run TV channel.

He did not take any names. But the mention of "strong forces" is widely being seen as a reference to China.

By terrorist organizations, the Myanmar Army Chief was referring primarily to the Arakan army. The largest Buddhist insurgent group in Myanmar. It has been active along Myanmar's border with China.

Arakan insurgents have been caught with Chinese weapons time and again. So have members of several other ethnic militias.

In November 2019, the Myanmar army busted a huge cache of weapons from an insurgent group.

Most of the weapons seized were Chinese! The headlines are on your screens. The Myanmar army raised the issue with China. Beijing vehemently denied arming rebel groups.

The issue soon got brushed under the carpet. But suspicions about China's intentions only grew.

Now over the months, these suspicions have taken many forms. Reports say the Myanmar army has now sensed a pattern of how these insurgents groups operate.

The Arakan army for example. It hinders every development project on the Myanmar-Mizoram border. It has a history of taking Indian construction workers hostage.

But when it comes to China, the same insurgent group lays down its arms. The Arakan army does not disrupt any Chinese development projects along Myanmar's border.

The word is that China is using its influence on this insurgent group to ensure a smooth implementation of belt and road projects. Beijing is desperate to push the China-Myanmar economic corridor.

A project that will give China a strategic opening into the Bay of Bengal and leverage over India. To ensure its complete China is using the ethnic militia to keep other countries away from Myanmar --- and threaten the Myanmar government.

It is supplying funds and sophisticated weaponry to insurgents in Myanmar. One report says --- that 95 per cent of the total funding of the Arakan army comes from China.

The modern weapons it uses -- have Chinese written all over them. The agenda is loud and clear. China wants Myanmar to become another vassal state. If diplomacy & debt traps fail. Terror will be China's tool to achieve its motives.