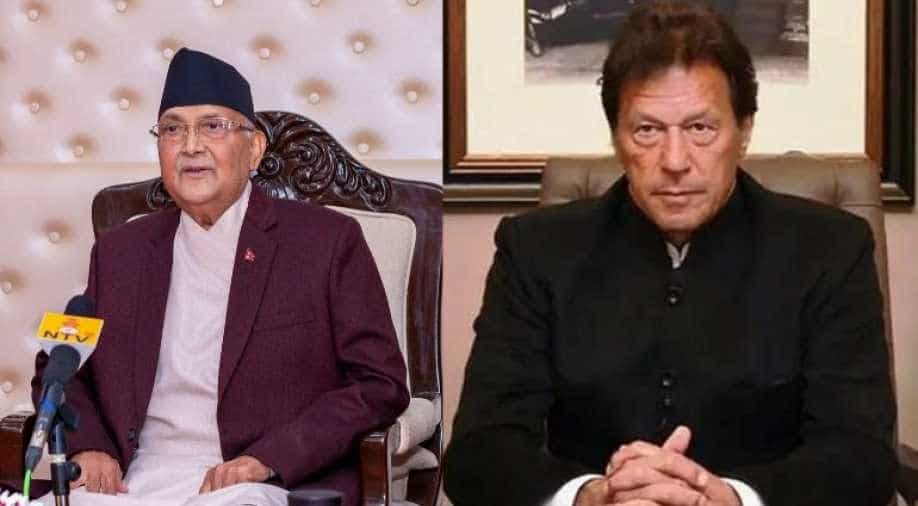 When KP Sharma Oli accused India of trying to topple his government on Sunday, Imran Khan responded on cue. He ordered his diplomats to reach out to Kathmandu and set up a call with Oli.

Pakistan, a vassal state of China, is extending help to Nepal's Prime Minister KP Sharma Oli in these troubled times. Imran khan has reached out to his Nepal counterpart. Khan plans to speak to Oli over the phone.

Unable to tackle the coronavirus in Pakistan, Imran Khan is now fishing in the troubled waters of Nepal's politics.

Pakistan is going through a wave of crisis. The coronavirus has taken close to 5,000 lives in the country. In the last two months, Pakistan has witnessed a fatal plane crash and an attack on its stock exchange.

Imran khan rose to power as a messiah for Pakistan but in the recent months, he has only added more misery to the lives of Pakistanis.

But, Imran Khan couldn't care less as his focus is on Nepal and the internal turmoil within the country's ruling party.

So when KP Sharma Oli accused India of trying to topple his government on Sunday, Imran Khan responded on cue. He ordered his diplomats to reach out to Kathmandu and set up a call with Oli.

The embassy of Pakistan in Nepal typed up a letter and even suggested a time -- 12 noon on July 02.

However, whether the call happened or not is unclear as Oli had went to see the President of Nepal around that time in an attempt to save his government.

As china has tried to seize the Indian territory, Pakistan and Nepal have been steady pillars of support for Beijing. The Pakistani government and Imran Khan himself have relentlessly attacked India.

Oli launched a tirade of his own, first by claiming disputed territories in a new map and then, by accusing India of a ploy to unseat him.

The fact is that Oli's own party wants him to step down.

China's support to the embattled Prime Minister has been steady. Oli has held consultations with the Chinese ambassador. His proximity to China is no secret. In 2016, when Oli was unseated from power, Chinese state mouthpiece, the Global Times blamed Pushpa Kamal Dahal.

Dahal, famously known as Prachand, has held the Prime Minister's post twice and he was in an coalition government with Oli but withdrew his support. Four years later, both leaders find themselves on the same crossroads, but this time, China and its allies have rushed in to strengthen Oli's hand.