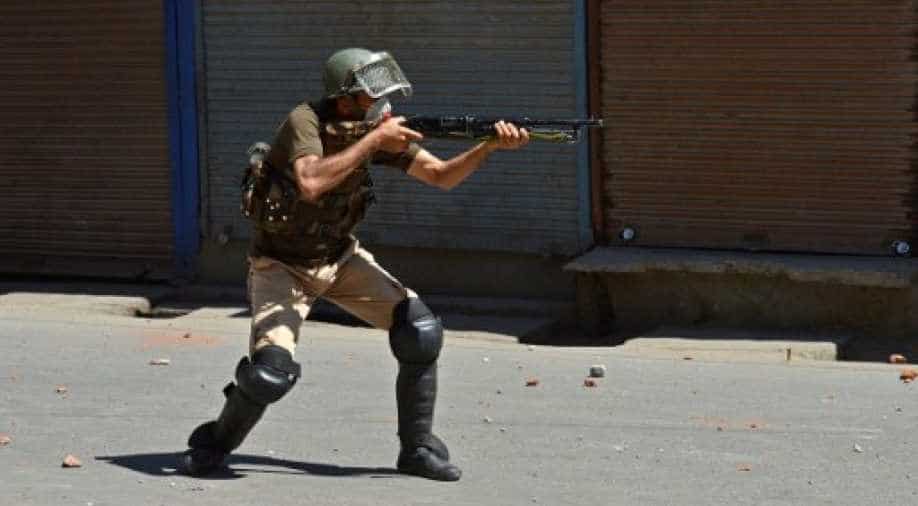 Indian police intercepted the militants after they received a lead about a possible terrorist action in India's restive Kashmir. Photograph:( AFP )

Two policemen were injured as the cornered militants opened fire and lobbed a grenade at the police team, the spokesperson said.

Hizbul Mujahideen identified the slain militants as Azaharuddin who goes by nom de guerre “Gazi Umar” and Sajad Ahmad alias “Babar”. The outfit added that it was a "big loss" for them and that Azharuddin was a lecturer by profession who had abdicated government services to join the militant organisation.

Police recovered two AK assault rifles, one pistol, four hand grenades and other arms and ammunition from the scene of the encounter.

Kashmir has been convulsed with extremism over the past few months. The northern state of India was also crippled by months-long curfew following the killing of Burhan Wani, who many Kashmiris viewed as the new face of the 'azaadi' (freedom) movement.