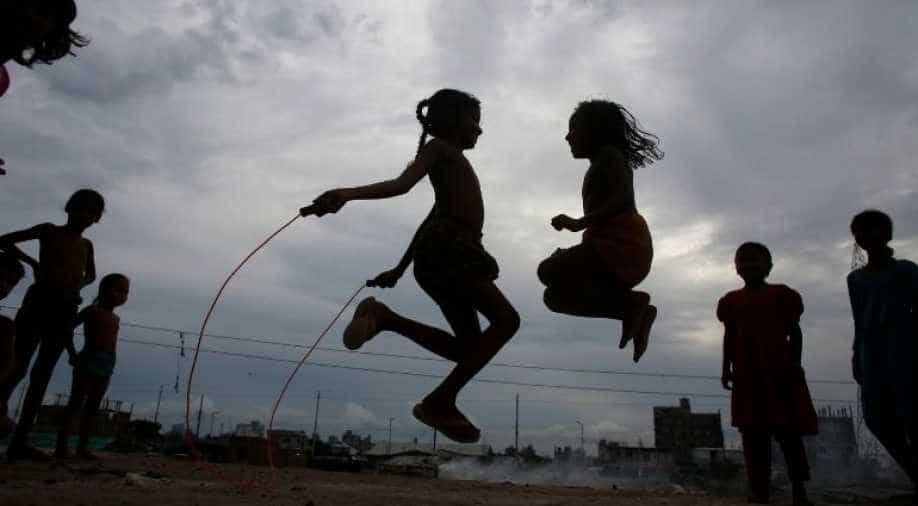 Child marriage is increasing at alarming levels in many places, the United Nations says, and the coronavirus pandemic is reversing years of hard-earned progress toward keeping young women in school

Sapana dreamed of becoming a government official. Each night, in her hut along a bumpy dirt road, the 17-year-old lit a single solar-powered bulb dangling from the ceiling and hit the books, plotting out a future much different than her mother’s.

But as the coronavirus crept across Nepal, closing the schools, Sapana lost focus. Stuck in her village with little to do, she struck up a friendship with an out-of-work laborer.

They fell in love. Soon they married. Now, Sapana has given up her professional dreams, with no plans to return to school.

“Things might have been different if I hadn’t discontinued my studies,” Sapana said recently, as she sat breastfeeding her 2-month-old son on the floor of her simple home. Her family name was withheld to protect her privacy.

What happened to Sapana in a small town in Nepal is happening to girls across the developing world. Child marriage is increasing at alarming levels in many places, the United Nations says, and the coronavirus pandemic is reversing years of hard-earned progress toward keeping young women in school.

In a report released Monday, the U.N. Children’s Fund predicted that an additional 10 million girls this decade will be at risk of child marriage, defined as a union before the age of 18. Henrietta Fore, UNICEF’s executive director, said that “COVID-19 has made an already difficult situation for millions of girls even worse.”

What especially concerns advocates for children is the clear link between marrying early and dying young. Pregnancy complications and childbirth are the leading cause of death in girls ages 15 to 19 in developing countries, according to the World Health Organization, and the children of child brides are at a much higher risk of infant mortality.

Experts say the pandemic has intensified the factors that drive child marriage, such as a lack of education, economic hardship, parental death and teen pregnancy, which has been amplified by disruptions in getting contraception.

In some cases, young girls are forced by parents or other authority figures into marriage with older men. But child advocates also worry about the young women who, because of the pandemic’s effect, are drifting away from school and see early marriage as their only option, abandoning ambitions for an education and a better life.

Many child marriages are never registered. UNICEF estimates that 650 million girls and women alive today were married in childhood. Child advocates say they are seeing an upsurge in places where it has long been a problem, such as India, Bangladesh, Nigeria, Kenya, Ethiopia and Malawi, where teen pregnancies in some areas have tripled.

In Nepal, where the legal age for marriage is 20, the situation seems especially acute. Interlocking problems particular to the country and this moment make it difficult for many young women to avoid early marriage.

One of Asia’s poorest nations, Nepal relies on remittances and tourism. The pandemic has devastated both. Usually, at this time of year, foreign tourists head for the mountains to begin expensive treks into the Annapurna Range and up the slopes of Mount Everest. This year, the money that flows from them into so many layers of Nepal’s economy has all but dried up.

Millions of laborers from Nepal work abroad, often as cooks, cleaners, maids, guards and nannies in India or the Middle East. In 2019, Nepal earned $8.25 billion from foreign remittances. But with most of the world’s economies hurting, that remittance stream has also dwindled. Legions of young Nepali men, many of them single, have recently returned home.

Many others have lost their jobs in Nepal’s cities. A great number of young men now roam around their mountainside villages, bored and broke. That was how Sapana met her husband, Hardas.

Hardas, who said he was around 20, used to work as a traveling mason, often in cities such as Kathmandu and Nepalgunj. But after he was laid off in April, at the beginning of the pandemic, he came back to his native Rapti Sonari, a small town of about 10,000 people, 300 miles west of Kathmandu.

The houses are spread out in a maze of dirt roads beneath the hills. Most are made from mud and stone. Sapana’s father, Ram Dayal, bought an auto rickshaw right before the lockdown hit. Now he has monthly payments of 30,000 rupees (around $250) and almost no customers.

Dayal was not happy that his daughter married so young, but he conceded that her leaving the house helped ease his financial burden. He has five other mouths to feed.

“She would have had a better life if she completed 10th grade,” Dayal said.

Ghumni, his wife and Sapana’s mother, agreed. She, too, was a child bride and ended up with four children and zero education.

Activists who fight child marriage say they are working in the most difficult conditions they have ever faced, even as the problem worsens. Nepal has imposed harsh restrictions on vehicular movement. When infections surged, activists were confined indoors like everybody else. Several said that the number of child marriages in their areas had doubled or nearly doubled during the pandemic.

“We are at back to square one,” said Hira Khatri, an anti-child-marriage activist in the district that includes Rapti Sonari.

Across central Nepal, many families shared stories of watching their daughters disappear into early marriages.

Mayawati, 17, who also lives in Rapti Sonari, dreamed of studying agriculture. But her family’s struggles during the pandemic made her feel guilty about being a burden to her parents. She dropped out of school, then married a man who worked as a menial laborer. Her dreams, too, have quietly slipped away.

“We have no money,” said Mayawati, whose last name was also withheld. “How was I supposed to continue my studies?”

Mayawati said that most of her friends who had married during the lockdown were now pregnant.

Some people in Nepal feel strongly about what they see as the benefits of child marriage. Several elders in the Madhesi community, based on the southern plains near the border of India, said they had falsified their daughters’ birth certificates to avoid getting in trouble.

“Marrying daughters in their young age has made me happier. It’s our practice,” said Mina Kondu, who said she recently doctored her 16-year-old daughter’s birth certificate, making her appear to be 19, which was still below the legal age but close enough, the family believed.

“The police cannot stop us,” she said.

Kondu, who lives in a village about three hours’ drive from Sapana’s, said that if the families didn’t arrange for their daughters to marry young, the daughters would do it anyway, without permission, and dishonor the family.