How US secret base near Kabul airport transported US citizens, Afghan commandos 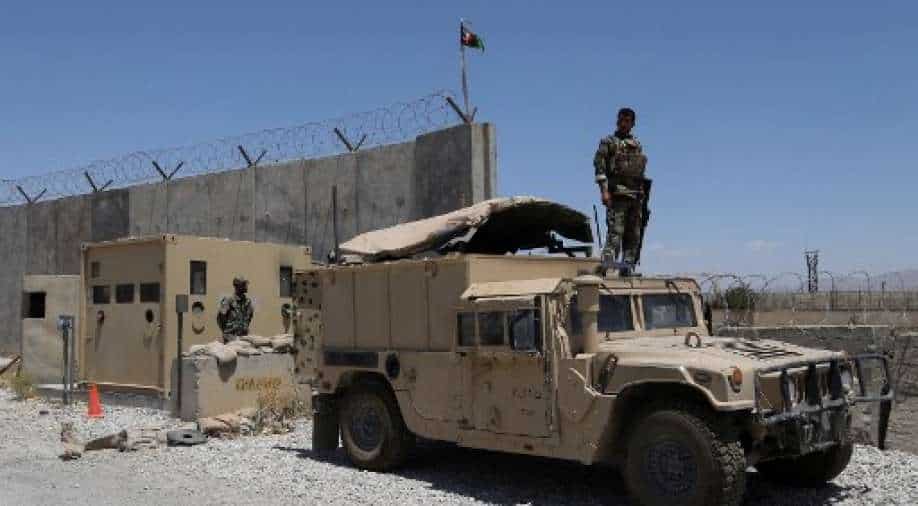 The US secret compound was reportedly called "Eagle Base" Photograph:( AFP )

Reports said US diplomatic and military officials had coordinated efforts to pull out people from the secret base.

According to reports, the Biden administration officials had secretly moved several US citizens and "at-risk Afghans" including Afghan commandos to a secret CIA base outside Kabul amid terrorist threats during the chaotic evacuation at Kabul airport.

The operation reportedly took place in mid-August and was planned meticulously as Afghan special forces commandos and hundreds of US citizens were evacuated.

The secret compound was reportedly called "Eagle Base". Reports claimed the US undertook helicopter flights to extract people from the base and transported them directly to Kabul airport as the Taliban entered the Afghan capital on August 15.

"Eagle Base" is reportedly located near Kabul airport. Reports claim the base was destroyed by US forces in the final days as the pullout gathered momentum.

Reports said US diplomatic staff and military officials coordinated in the evacuation effort to Kabul airport at Eagle Base.

Kabul's Hamid Karzai international airport was the focus of US evacuation amid the Taliban's takeover of the capital. Several thousand Afghans had gathered at the airport and were later pushed outside the airport perimeter.

The chaotic US exit was hit with a terrorist strike by ISIS-K claiming the lives of 13 US service members including several Afghans.

Amid the confusion, reports said an interpreter who helped rescue President Biden in a snowstorm in 2008 has gone into hiding after he missed the evacuation flight.

There are several "at-risk" Afghans who are eager to get out of Afghanistan fearing reprisals from the Taliban even as the US government is making arrangements to pull out the remaining US citizens and people who helped the United States during the 20-year war in Afghanistan.