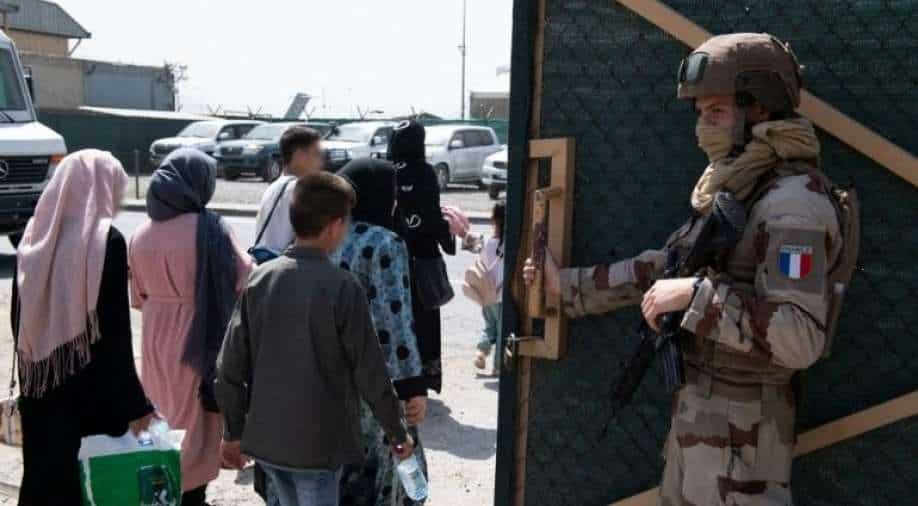 Western nations warned their citizens Thursday to immediately leave the surrounds of Kabul airport over a terrorist threat, as thousands of people try to reach a dwindling number of evacuation flights

France and Netherlands are set to halt their evacuation operations from Kabul airport after the US and its allies issued terror threat warning at Kabul airport amid the massive airlift operation currently underway at the Hamid Karzai international airport.

Meanwhile, the Dutch government said it would stop evacuation flights from Kabul after being told by US forces to leave the Afghan capital's airport ahead of the withdrawal of American troops.

"The Netherlands has been informed today by the United States that it has to leave and will in all probability run the last flights later today," the Dutch foreign and defence ministers said in a letter to parliament.

As US President Joe Biden says he’ll stick with his deadline of August 31 to totally withdraw troops from America’s longest war, other nations have landed flight after flight onto the single runway at Kabul’s international airport to help those fleeing.

Now some countries have begun to even pull their soldiers and diplomats out, likely signaling the beginning of the end of one of history’s largest airlifts. The Taliban have, so far, honored a pledge not to attack Western forces during the evacuation, but insist the foreign troops must be out by the deadline.

Overnight, new warnings also emerged from Western capitals about a possible threat from Afghanistan’s Islamic State affiliate, which likely has seen its ranks boosted by the Taliban freeing prisoners across the country. Already, military cargo planes leaving Kabul airport have launched flares to disrupt any potential surface-to-air missile fire as fleeing Afghan troops abandoned heavy weapons and equipment across the country in their collapse following America’s withdrawal of troops.

Western nations warned their citizens Thursday to immediately leave the surrounds of Kabul airport over a terrorist threat, as thousands of people try to reach a dwindling number of evacuation flights.

Nearly 90,000 Afghans and foreigners have fled Afghanistan via the US-led airlift since the hardline Islamist Taliban movement took control of the country on August 15.

Despite the harrowing scenes, the Taliban have ruled out any extension to next Tuesday's deadline to pull out foreign troops, describing it as "a red line".

"They have planes, they have the airport, they should get their citizens and contractors out of here," said Taliban spokesman Zabihullah Mujahid.

Turkey, which had more than 500 non-combat troops stationed in Afghanistan, said Wednesday it had started pulling out its forces.

The withdrawal signalled an apparent abandonment of the plans it had been negotiating to help secure Kabul's strategic airport after the American departure.