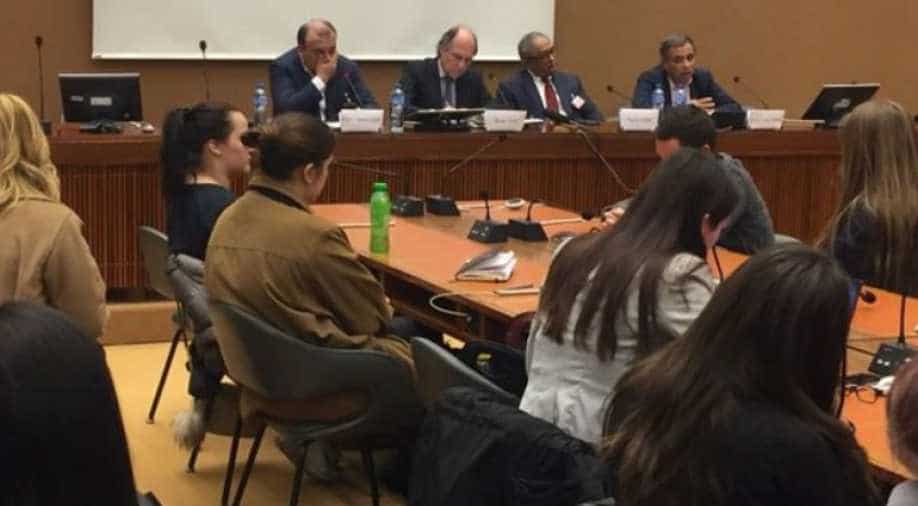 Experts and a Member of European Parliament (MEP) have shown concern over the growing extremism and terrorism in Pakistan, which are hurting not only the country but also the Western nations.

Speaking on the sidelines of the 37th Session of Human Rights Council in Geneva, Fulvio Martusciello, an Italian politician and member of European Parliament said, "Europeans are not ready to fight against terrorists. And, we are soft with Pakistan".

He also raised concern over the oppression of Baloch, Pashtun and minority communities.

"Pakistan is not really a democracy. So, Europe has to look at the money it gives to this country and understand what is happening in this country (Pakistan)," Fulvio added.

Europeans aren't ready to fight against terrorists. We are soft with Pakistan. Pakistan is not really a democracy. So, Europe have to look at the money it give to this country and understand about what is happening there: European MP Fulvio Martusciello at UNHRC session #Geneva pic.twitter.com/V2qFxwZvrK

Islamabad has entered into a phase, where it has to not only submit an action plan against controlling terror fund at the body's next plenary in Paris end-June but also give a political undertaking that it would implement the steps.

However, experts believe tough sanctions are required to break Islamic hardliners and military alliance in Pakistan.

Tarek Fatah, a Pakistan-born Canadian writer, said, "There is hardly any pressure at all (on Pakistan). This is only on paper. Pakistanis know, they can lobby themselves out of any place. They have former American ambassadors, who are the lobbyist for Pakistan. So, this is not how it works. If the West or European Union want to put pressure on Pakistan, they should come out openly and support the independence of Balochistan and then only Pakistan will act".

He added, "As far as Pakistan continues to exist, it will be a nightmare for the rest of the world. Pakistan's existence has to be worked out in such a way that it disintegrates and that should be a long-term strategic goal. It's not a country, its an acronym".

Tarek, who speaks often against Pakistan's oppressive rule and state-sponsored terrorism, said, "Chief justices of Pakistan's Supreme Court are acting if they are the police constables. It's a wicked society, governed by very devious and corrupt people, which is called the Mullah-military alliance. If you have to break that alliance, break that country."

There is hardly any pressure(on Pakistan). This is only on paper. They know they can lobby themselves out of any place. Former American ambassadors are lobbyist for Pak. Till Pak continues to exist, it will be nightmare for rest of world: Tarek Fatah,Pakistan-born Canadian writer pic.twitter.com/LyGzlCofHZ

European experts have also shown concern over Pakistan's double standard in dealing with the issue of terrorism.

Henri Malosse, an Honorary member at Brussels based European Academy of the Regions, said, "I think more and more experts are visiting Pakistan to check the situation, it's not improving despite all the speeches, maybe the laws are not implemented properly. So, there is a growing concern about the situation in Pakistan. Of course, we are cautious because of the geopolitical situation."

He added, "Pakistan has been in the past one of the closest ally and friend of the U.S. So, it has always an image of the pro-Western country despite the entire situation we know. If you compare with a country like Iran, where you cannot find any Iranian terrorist for the last 40 years, but you can find a lot of Pakistanis, but look at different consideration as of how Western world look at Iran and how they look at Pakistan."

Malosse further said that the situation has changed a little bit but that is not enough.