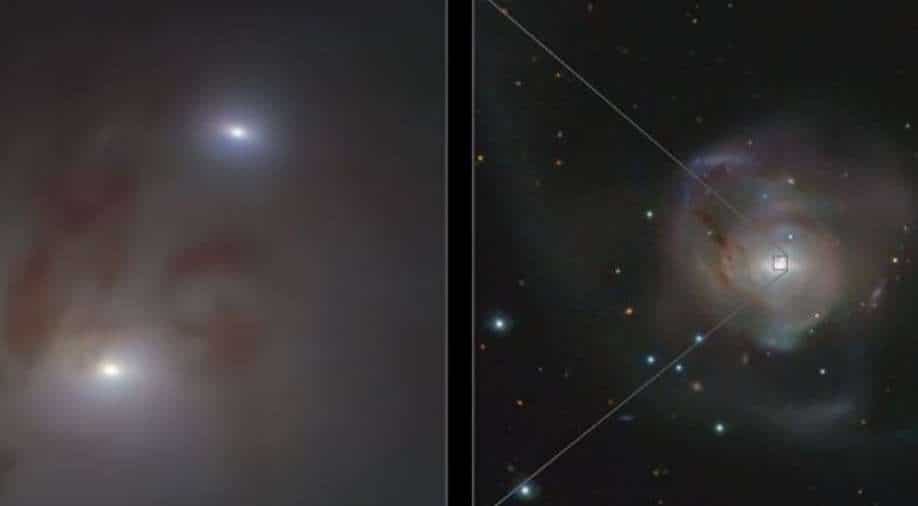 The European Space Agency has detected the closest pair of supermassive black holes in the universe.

The data for the study has been collected through the agency's Very Large Telescope (VLT). It has been published in Astronomy & Astrophysics.

Located approximately 89 million light-years away from Earth, they will eventually merge into one giant black hole.

The pair in galaxy NGC 7727 is situated in the Aquarius constellation.

Astronomers suspected that the galaxy hosted the two black holes, but they had not been able to confirm their presence until now since we do not see large amounts of high-energy radiation coming from their immediate surroundings, which would otherwise give them away.

According to the study'e lead author, Karina Voggel, “It is the first time we find two supermassive black holes that are this close to each other, less than half the separation of the previous record holder.”

“The small separation and velocity of the two black holes indicate that they will merge into one monster black hole, probably within the next 250 million years,” adds co-author Holger Baumgardt, a professor at the University of Queensland, Australia.

There are three categories of black holes. The smallest, like 'the Unicorn,' are so-called stellar-mass black holes formed by the gravitational collapse of a single star.

There are gargantuan 'supermassive' black holes like the one at our galaxy's center, 26,000 light-years from Earth, which is four million times the sun's mass. A few intermediate-mass black holes also have been found with masses somewhere in between.

“Our finding implies that there might be many more of these relics of galaxy mergers out there and they may contain many hidden massive black holes that still wait to be found,” says Voggel.

“It could increase the total number of supermassive black holes known in the local Universe by 30 percent.”