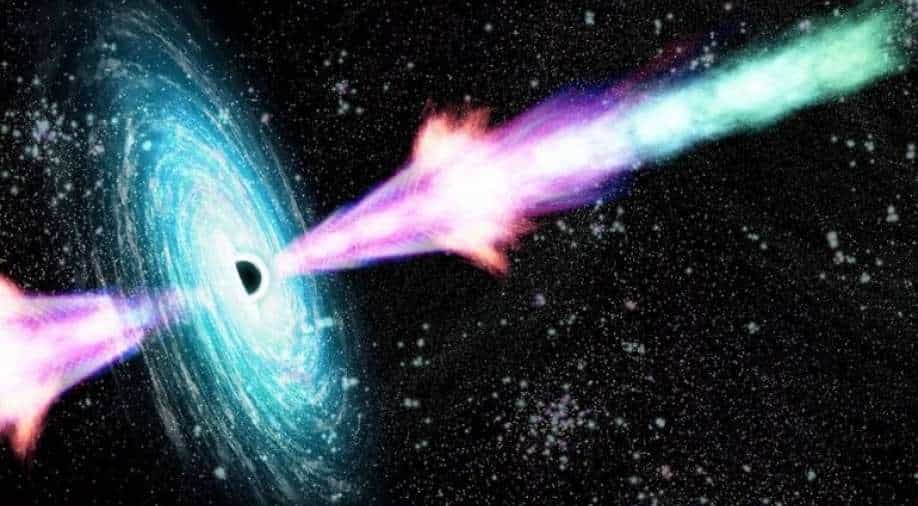 Gamma rays with such high energy have never been detected before, and the findings suggest these rays can come not just from dying stars, but are also generated inside massive young stars

Astrophysicists from the Large High Altitude Air Shower Observatory (LHAASO) have detected a dozen sources of ultra high-energy gamma rays from hot spots in our Milky Way galaxy, according to a study in the journal Nature.

Gamma rays with such high energy have never been detected before, and the findings suggest these rays can come not just from dying stars, but are also generated inside massive young stars.

''These results are really stunning, some of the most exciting I have ever seen,'' said Alan Watson, an astrophysicist working with the Pierre Auger Observatory in Argentina.

Gamma rays are a type of extreme radiation generated by the hottest and brightest explosions in the universe, like when a large star implodes.

Those implosions also create the matter that make up planets and everything that lives on them, including us. Of all the electromagnetic waves in the universe, gamma rays have the smallest wavelengths and the most energy. They can release more energy in 10 seconds than our sun in 10 billion years.

The pool of purified water at LHAASO that Cao paddled across measures the subatomic shrapnel the air shower in the observatory's name created when gamma rays and high energy particles called cosmic rays crash into the Earth's atmosphere.

The shrapnel includes mysterious particles called muons that can be seen as faint blue flashes known as Cherenkov radiation in the observatory's dark water. The array of 3,120 beachball-sized globes contain tiny sensors that measure the radiation.

''We can trace these gamma rays back to their source in the sky,'' said Cao, dressed in blue scrubs to keep the water clean. ''We can find something new.''

LHAASO is one of dozens of devices on Earth and in orbit suspended in ice tunnels in Antarctica or inside toaster-sized satellites, trying to understand how matter such as carbon, oxygen and iron came to be.

Cosmic rays are like sparks from a massive stellar crucible each contains flecks of material from the forging process. Gamma rays are more like light from a glowing hearth. By studying both, the observatory can learn more about what generated them.

''The Chinese observatory offers unprecedented sensitivity,'' said Avi Loeb, a Harvard University astrophysicist, that may, for example, help physicists tell whether if some rays come from inside our galaxy or farther away.

It's not yet complete, however. Cao said that by the end of June the instruments will be in place, including 5,195 electromagnetic detectors, 1,188 muon detectors, and 18 Cherenkov telescopes each the size of a shipping container that will study air showers in the sky.

''The outcome really justifies the massive effort,'' Watson said of the new findings. ''This is just the tip of the iceberg.''