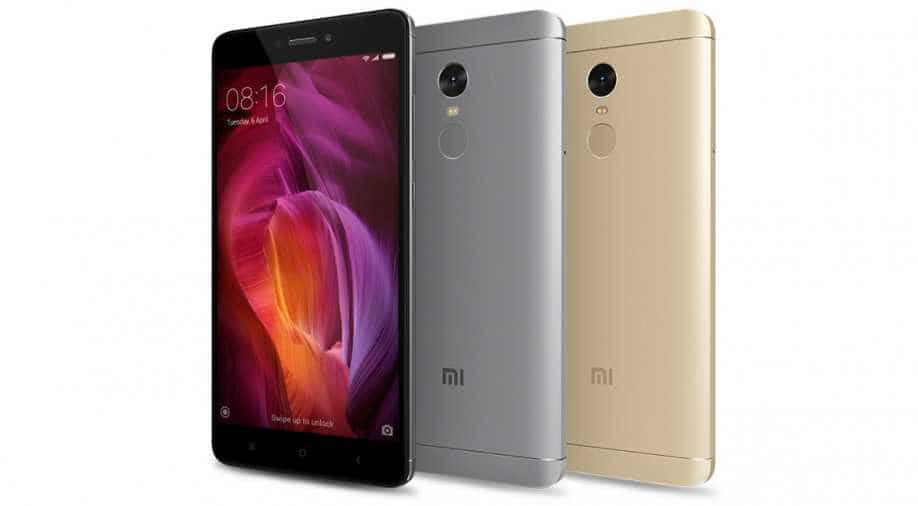 The first sale for the Redmi Note 4 is scheduled for January 23 (at 12 PM). The phone will be available on Mi.com and Flipkart with no pre-registrations.

Encased in a unibody design, the Redmi Note 4, which is the successor to the Redmi Note 3, features a metal body and a 5.5-inch full HD display. According to the company, the Note 4 is the first Redmi smartphone to feature 2.5D curved glass on the front.

The phone is powered by a Qualcomm Snapdragon 625 octa-core processor, which is claimed to be the first chipset in its class to use 14nm FinFET technology. This new technology is said to be more power-efficient than processors based on 28nm technology. As a result, the Redmi Note 4's 4100mAh battery is touted to last an average 25 per cent longer than the Redmi Note 3.

Talking about its cameras, the Redmi Note 4 sports a 13 megapixel CMOS camera with Phase Detection Autofocus (PDAF) for faster focusing, f/2.0 aperture, and a Backside Illuminated (BSI) sensor with 1.12-micron pixels, which can capture more light than its predecessor. The front of the phone, however, has a 5 megapixel, f/2.0 aperture camera.

The Redmi Note 4 is said to be fully compatibility with India’s LTE cellular networks, including support for LTE Band 5 used for Voice over LTE (VoLTE), which enables HD calls to be carried over 4G.

The Note 4 is a dual-SIM phone, but it comes with a hybrid SIM slot. This means that the phone can either support two SIM cards or one SIM card and a microSD card.

Apart from the usual Dark Grey and Gold, the Redmi Note 4 will also be available in a new matte black finish.