Blog: Gobbling up mountains of waste in Ladakh 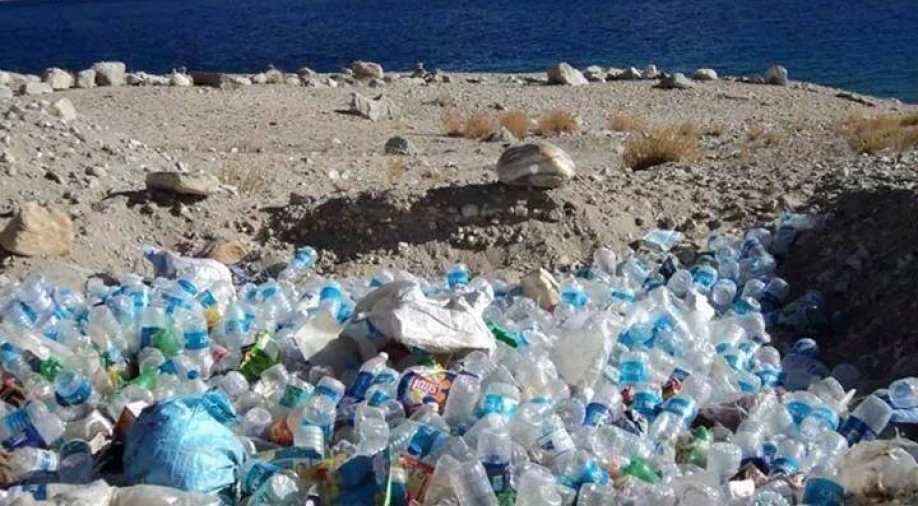 Image by Alexandra Barteldt Photograph:( Others )

Ladakh has in recent decades been relentlessly assailed by the influx of tourism and the increased waste that accompanies it.

In January 2014, I discovered one of my lasting roles as a foreigner in India for the first time. While adjusting to a different lifestyle, culture and language, I had to adjust my perspective on many difficult topics. On top of this, the inevitable time of the month makes everything just a little more complicated.

Not knowing what to do with my menstrual waste in this new context, I discreetly asked my host mom how to dispose of it. She brought me to the side window of our house, and with a little giggle, motioned for me to chuck it. I looked down and saw a massive heap of biohazardous and non-biodegradable waste, much of which was used sanitary napkins and pads. A stray dog was munching on an unidentified, inedible object.

Since then, I’ve lived and travelled throughout several parts of rural and urban India and have encountered the many ways in which people manage their waste by either burning, throwing on the street or out train windows, dumping in streams and rivers, or finding creative ways to repurpose it. This is often the most challenging realisation both while living in India and upon returning to the US: The different systems, infrastructures, and mentalities towards waste management.

Ladakh, one of the world’s most pristine and previously untouched landscapes, has in recent decades been relentlessly assailed by the influx of tourism and the increased waste that accompanies it. Due to the rough terrain and weather conditions, transporting large amounts of waste for proper disposal is unfeasible and, as there was minimal waste before the tourism industry boomed, there is not much infrastructure in place for the amount of waste domestic and foreign visitors produce. Even locals have started to produce much more waste in recent decades due to convenience, changes in food patterns, increased access and lifestyle changes due to exposure to the global market.

In 2018, Ladakh welcomed nearly three lakh eager and adventurous visitors, bringing with them approximately sixteen tons of trash production every day. The Snow Leopard Conservancy, India Trust (SLC-IT) works in collaboration with tourism companies, Leh government officials, local schools, monasteries, rural communities and the Border Roads Organisation to educate and implement not only sustainable waste management practices, but also to minimise waste production on both a local level and in regards to the tourist population.

Last month, I had the opportunity to accompany SLC-IT on a field visit to Mangu village, a beautiful valley along the Indus River, cast in ambient light due to the conglomerate rocks towering on each side which hosts herds of ibex, blue sheep, and Ladakhi urial, stalked in shadow by the elusive snow leopard. Naturally, this gorgeous community invites many tourists during peak season for wildlife sightings and a taste of local village life through SLC-IT’s award-winning Himalayan Homestays Programme.

During this visit, the SLC-IT team painted 25 barrels, donated by 81 Road Construction Company Border Roads Organisation (81 RCC BRO), designating proper waste disposal. After three days of painting and engaging in conversation over frequent chai breaks with curious community members, the SLC-IT team had the opportunity to attend a community gathering at the local school.

The gathering was a celebration of education and the achievements of Mangu students, which segued into a community-wide conversation about waste management education and the responsibility the community has for the future integrity of Mangu’s natural beauty. A procedure was established for the strategic placement of the barrels, as well as the proper and timely disposal of their contents. Where might their contents end up? US multinational company Tesla has one possible solution.

With all this waste, whether or not it is properly disposed in beautified barrels, Leh Deputy District Commissioner Avny Lavasa has implemented Bangaluru-based Tesla’s “BlackHOLE” to literally swallow Leh’s increasing garbage. With the exception of glass, this BlackHOLE uses “super plasma heat decomposition technology” to convert non-biodegradable waste into ash, without using any electricity or fuel (Wangchuk, 2018).

Additionally, the Border Roads Organisation has committed to repurposing the ash in the construction of better roads throughout Ladakh. Although this solves the problem of the massive heaps of waste with no place to go, it spawns countless more issues to consider. Out of sight is out of mind, but the BlackHOLE’s resulting ash production will continue to adversely affect the atmosphere and air quality in Ladakh, filling the crisp mountain air and roads with carcinogenic chemicals and all the waste will simply continue to circulate in a different form. For SLC-IT’s intents and purposes, the problem of waste production is the issue that demands the most attention.

On November 28, myself and the SLC-IT education team, Thinless, Dolma, and Nikshep conducted an interactive, experiential workshop on waste management and environmental awareness at our pilot school - Government High School Matho. During this workshop, students played educational games with everyday examples of trash. We facilitated engaging discussions on the issues of waste in Ladakh, and the students articulated their responsibility to practice the 5 R’s: Refuse, Reduce, Reuse, Repair, and Recycle.

Students learned what different everyday items are made from, the earth’s renewable and non-renewable resources, and how to properly segregate waste. This was my first deliverable of my project, and where our hard work came to fruition. We ended the workshop feeling revived and hopeful, as well as brainstorming ideas for future workshops with Matho.

Working in environmental conservation can be a dark and even hopeless endeavour, knowing full well that the massive, Earth-wide challenge is way beyond a fun day of playing with garbage with local kids. Seeing kids get passionate about the Earth and their individual impact, however, that’s where we find hope in this black hole.

*A previous version of this article was originally published by the  American India Foundation. 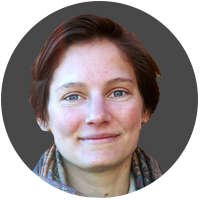 Alexandra Barteldt is an AIF Clinton fellow (2018-19). Prior to AIF, Alexandra taught outdoor environmental science in the alpine forests of Southern California.