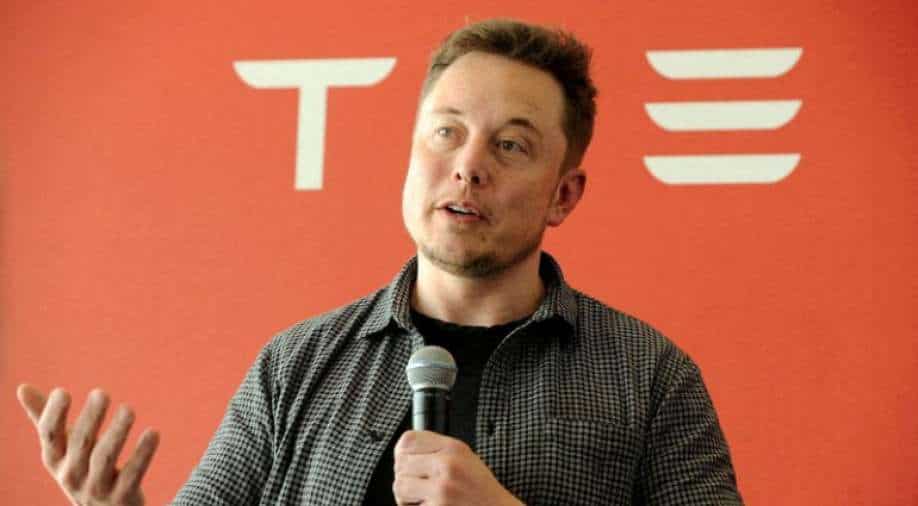 Musk himself may yet evolve into that kind of comfortable monopolist, but for now, pending the IPO for MarsCorp in 2047, he remains a dynamist in full. Photograph:( Reuters )

“I strongly supported Obama for President,” Elon Musk tweeted late last month, part of the spree of ideological comments accompanying his continuing takeover of Twitter, “but today’s Democratic Party has been hijacked by extremists.” Around the same time, he set the social-media platform ablaze by reposting a cartoon showing a stick figure comfortably on the center-left in 2008 redefined as a right-wing bigot by 2021 because the left-wing stick figure had raced way off to the left. Then this week, he expressed the same kind of thought in the abbreviated style for which the site is famous: “Twitter obv has a strong left wing bias.”

And now, at last, we have the news that he’s likely to allow Donald Trump to tweet freely once again.

All of these comments and promises align the country’s richest man with the rightward side in our culture war. But though I don’t know Musk — I’ve never interviewed him or hung out with him in any secret billionaire lair — I think I know enough about him, and I know enough Silicon Valley people like him, to suggest that neither his tweeted self-descriptions nor the criticisms being lobbed his way capture what’s distinctive about his position and worldview.

A term like “conservative” doesn’t fit the Tesla tycoon. Even “libertarian,” while closer to the mark, associates Musk with a lot of ideas that I don’t think he particularly cares about. A better label comes from Virginia Postrel, in her 1998 book “The Future and Its Enemies”: Musk is what she calls a “dynamist,” meaning someone whose primary commitments are to exploration and discovery, someone who believes that the best society is one that’s always inventing, transforming, doing something new.

If you think this sounds uncontroversial, think again. First, the dynamist may not care where novelty and invention spring from. Unlike the purist libertarian, he might be indifferent to questions of public versus private spending, happy to embrace government help if that’s what it takes to get the new thing off the ground — and happy to take that help from regimes like Communist China no less than from our own. And he may be willing to risk much more than either the typical progressive or the typical conservative for the sake of innovation. Political principle, social stability and moral order are all potentially negotiable when discovery alone is your North Star.

For many people, dynamism is contingent — on how invested you are in the world as it is, whether you stand to lose or benefit from innovations, and where your moral intuitions lie. (I am personally a dynamist about Musk’s Mars colony but not Mark Zuckerberg’s metaverse; flying cars, yes, sex robots, not so much.) Even in the tech world, your appetite for dynamism depends on where you stand: If you’re lucky enough to work for one of Silicon Valley’s near-monopolies, the new powers of the age, you may not be that interested in further churn or change.

Musk himself may yet evolve into that kind of comfortable monopolist, but for now, pending the IPO for MarsCorp in 2047, he remains a dynamist in full. And seen in this light, his recent transformation from Obama Democrat to progressive foil makes perfect sense in light of the transformations that liberalism itself has undergone of late.

Liberalism in the Obama era was an essentially dynamist enterprise not because liberals were absolutely committed to capital-S Science but because those years encouraged a confidence that the major technological changes of the 21st century were making the world a more liberal place. Whether it was social media shaking Middle Eastern autocrats, the Obama campaign running circles around its Republican opponents with online organizing or just the general drift leftward on social issues that seemed to accompany the internet revolution, progressives around 2010 felt a general confidence that technological and political progress were conjoined.

Ever since Trump bent history’s arc his way, however, that confidence has diminished or collapsed. Now liberals increasingly regard the internet as the zone of monsters and misinformation, awash in illiberalism, easily manipulated by demagogues, a breeding ground for insurrectionists. And if digital technology has become particularly suspect, via the transitive property, so has the larger idea of innovating your way out of social or environmental problems — empowering the part of the environmental movement that wants to tame capitalism to save the planet, for instance, at the expense of the part that imagines taming climate change with fleets of Teslas and nuclear power plants.

Also read | After Twitter takeover, what else do netizens want Musk to buy!?

Meanwhile, the values underlying dynamism — above all, the special pedestal given to free thinking and free speech — are also more suspect within liberalism today. In their place is a new regulatory spirit around culture as well as economics, a how-much-is-too-much attitude toward the circulation of potentially dangerous ideas, a belief in institutions of scientific and intellectual authority but not necessarily institutions devoted to wide-open inquiry.

Just as a dynamist might, at the extreme of the orientation, prefer a monarchy that protects innovation over a democracy that discourages it, some of today’s progressives are making the same move in reverse: If democracy is endangered by technological change and unfettered free speech, then so much the worse for free speech. The important thing is to save democratic self-government, even if you have to temporarily take the “liberties” out of the American Civil Liberties Union or put away your John Stuart Mill.

Whatever else Musk wants with Twitter — and obviously you should assume that he wants to make a lot of money — this seems like the ideological trend he hopes to resist or halt: the liberal retreat from dynamism, the progressive turn toward ideological regulation, the pervasive left-wing fear that the First Amendment and free speech are being weaponized by authoritarians and need some kind of check.

So now the question: If this was your ambition — setting aside whether you think it’s admirable or dangerous — would buying Twitter make sense?

The affirmative theory holds that because Twitter is both an essential digital town square and a place particularly populated by well-educated liberals, if Musk can make it succeed with a lighter-footprint approach to content moderation, from a dynamist perspective he might hope to accomplish two goals at once. First, he would be simply sustaining an important space in which free debate can happen. Second — assuming that he could come up with a light footprint that left-leaning users would accept — he would be gently training Twitter’s liberals back into their Obama-era belief that openness and dynamism are good things, that a marketplace of ideas can work without constant ideological supervision and constraint.

The more skeptical theory, on the other hand, suggests that Musk may be making a mistake somewhat characteristic of the Silicon Valley mentality and overestimating the importance of novel virtual spaces compared with the legacy institutions — East Coast, brick and mortar, academic and bureaucratic — that still give contemporary liberalism its actual shape and direction. That is to say, what you see on Twitter, the fads and mobs and performativity, may accelerate certain ideological transformations, but social media isn’t actually the place where these shifts are taking shape; it’s just the space in which the change becomes visible and legible to people on the outside.

So, for instance, if important media institutions are more doubtful about free speech than in the past, or if important academic fields are more likely to impose ideological loyalty oaths, or if important foundations and funders are creating a climate of intellectual conformity, a social media town platform is too far downstream of those changes to really help reverse them.

A free-speech-oriented Twitter can certainly surface individuals or even small-scale factions offering diversity and dissent. But institutions of employment and ambition will always matter most — there’s no app-based solution or simple blockchain fix if you think the Ivy League and the mainstream media have gone terribly astray. At some point you need to make change within those institutions themselves, start new ones — the Musk Schools! the Musk Herald-Tribune! the Musk Foundation! — or do both.

Since a big part of Musk’s success and wealth comes from looking for tech’s applications in the real world — meaning cars, rockets and tunnels, not just apps and tweets — it’s quite possible that he’s already considered all of this and that he has an ultimate vision for a Twitter as a virtual network that links reformed or revitalized institutions in the real world.

Or alternatively, maybe he believes that very soon the virtual will fully displace the world of bricks and bodies and that in buying Twitter he’s literally buying the digital real estate where his fellow dynamists will build the great institutions of tomorrow.

It’s one of dynamism’s strengths as a guiding ideology that it can inspire those kinds of leaps. But its weakness is usually the same one that doomed Icarus. Sometimes you leap and have a bird’s wings to bear you upward. Sometimes, though, all you have is their disintegrating feathers — or, still worse, not their plumage but their tweets.