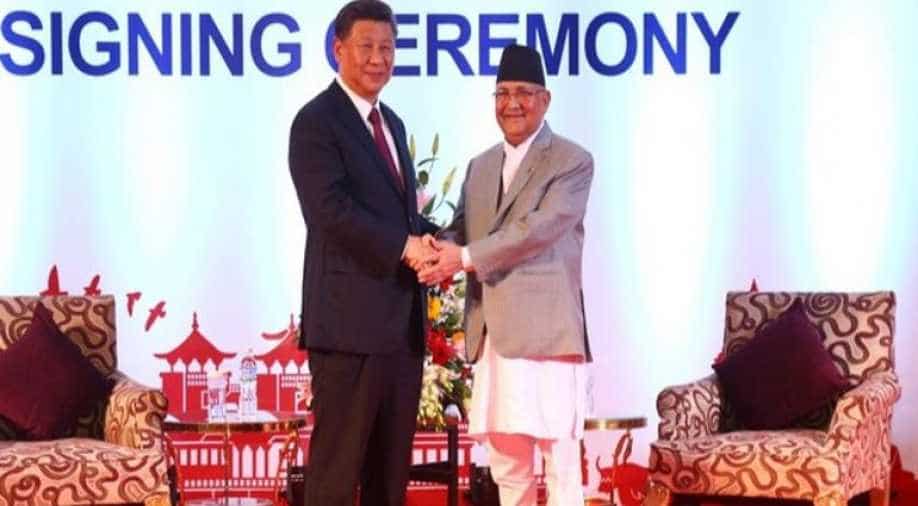 It can be assumed that China, which is now increasingly adopting self-centred strategies to expand its territories, must have encouraged the Nepal government to take such a step.

The news that Nepal has tabled a Bill in Parliament to alter the country’s map which shows Lipulekh, Kalapani and Limpiyadhura as part of its territory, has shocked many people, particularly in India.

The right and wise approach for Nepal would have been to discuss the issue with the government of India and work out an amicable solution. Meanwhile, unilaterally altering the map that affects another country looks like a war cry.

One wonders whether Nepal government has thought about the long term implications of its decision or is it a knee jerk thoughtless action on its part.

In such circumstances, one can only wonder as to why Nepal has done this, as there must be many in Nepal Government, who should have known the consequences.

It can be assumed that China, which is now increasingly adopting self-centred strategies to expand its territories, must have encouraged the Nepal government to take such a step.

Nepal has many cultural and traditional relationship with India and it has nothing to gain by causing friction with India.

Some may go to the extent of saying that the decision of the Nepal government to unilaterally change the map and create friction with India is an extremely unwise act.

It is now well recognised all over the world that China has territorial expansionist ambitions and countries like Nepal and Pakistan can become easy prey to China. Pakistan already appears to have become an extended territory of China for all practical purposes and there is no way that Pakistan can move out of the grip of China in the foreseeable future. Why Nepal government is not conscious of this situation faced by Pakistan?

Government of Nepal has signed agreements worth $ 2.4 billion with China for several infrastructure and energy projects.

The projects include the proposal to build a railway line through the Himalayas. The railway line will link the Tibetan border town of Kerung with Kathmandu and government of Nepal expects that it will promote huge earnings through tourism in Nepal. It is estimated that 72.25 kilometres railway line from the Chinese border to Kathmandu would cost $2.25 billion.

Obviously, the railway line would be designed and built by China-based companies and the government of Nepal would not even be able to negotiate the contract price and terms with the Chinese companies for executing the project. Business and industries in China would hugely get benefited in the process, at Nepal’s cost.

While the Chinese government would “liberally” provide credit and loan to government to Nepal for executing the project, the question is whether the government of Nepal would be able to pay back the debt in the foreseeable future.

Several countries like Laos, Maldives, Sri Lanka, Bangladesh and Pakistan are facing huge debt trap with China and it is surprising that government of Nepal has not learnt a lesson or two from the experience of these debt-ridden countries, that have developed industrial infrastructure dealings with China.

By altering the map with India in a unilateral way, Nepal appears to be getting closer to China at the cost of a relationship with India.