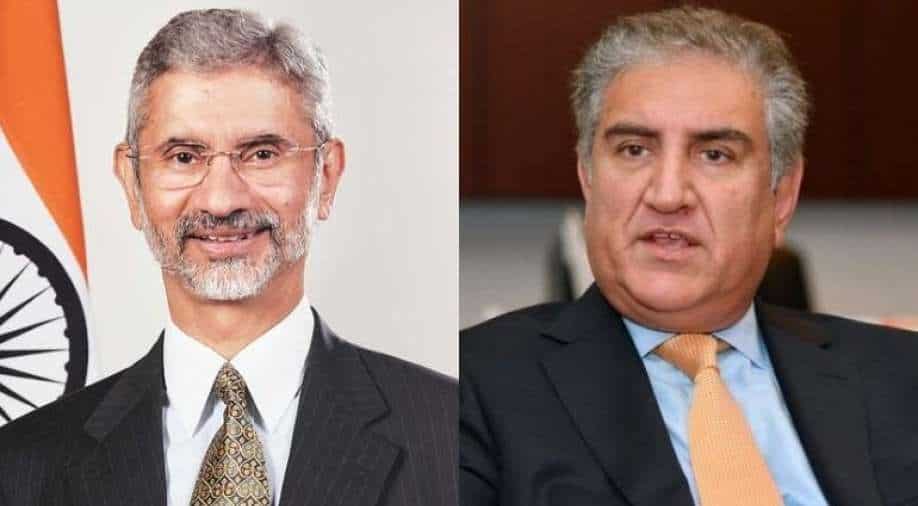 In an exclusive interview to WION, Pakistani Foreign Minister Shah Mahmood Qureshi discussed recent peace overtures, and appreciated that his Indian counterpart S Jaishankar didn't bring up anything negative about Pakistan at the recently concluded Heart of Asia conference

Dialogue is the only way forward for India and Pakistan, Pakistani Foreign Minister Shah Mahmood Qureshi told WION in an exclusive interview, while appreciating that India's External Affairs Minister S Jaishankar didn't mention anything negative about Pakistan in his address to the recently concluded Heart of Asia conference.

Qureshi reiterated that Pakistan would take two steps if India takes one towards peace, while taking note of recent mutual overtures like the exchange of letters between the prime ministers of the two countries and the neighours' decision to strictly observe ceasefire along Line of Control (LoC).

''Pakistan has never shied away from talks, we believe that dialogue is the only way forward. There are two nuclear powers, who cannot indulge in the stupidity of war, this would be equivalent to suicide,'' he said.

"So when there’s no other solution, no military solution, then what's the way forward except dialogue? For dialogue, if India can consider for an enabling environment, then Pakistan has earlier said that if India takes one step, Pakistan will take two."

"If India wants to move forward with Pakistan, now they would have to create a conducive environment and for that take some steps to create an enabling environment," the minister added.

There was wide expectation that Jaishankar and Qureshi would have a bilateral meeting on the sidelines of Heart of Asia conference in Dushanbe, Tajikistan on peace in Afghanistan. But it did not happen.

Asked about this, Qureshi said, "We haven't met, have had no talk and no pull-aside meeting happened that you [media] were watching closely. I didn’t receive any request from him, neither did we [request] and moreover, we didn't have any schedule of meeting either."

''He was busy on his programme and I was also engaged with my prior schedule - so we couldn't met bilaterally. "

In his letter, Khan thanked Modi and he has said that Pakistan's longstanding wish has been that it wants better relations with every of its neighbour and live with peace, Qureshi noted.

The need is to resolve all outstanding issues, he said.

On Jaishankar not bringing up Pakistan-related issues during his speech at Heart of Asia, Qureshi said:  "I was listening carefully. He didn't point or mention anything negative about Pakistan, which they usually did in the past...PM Modi's letter to Prime Minister Imran Khan and India not slamming or blaming Pakistan on Heart of Asia summit, I would consider it a positive move."