As Citizenship Amendment Bill, 2019 is set to become law, what all is there to know about CAB? 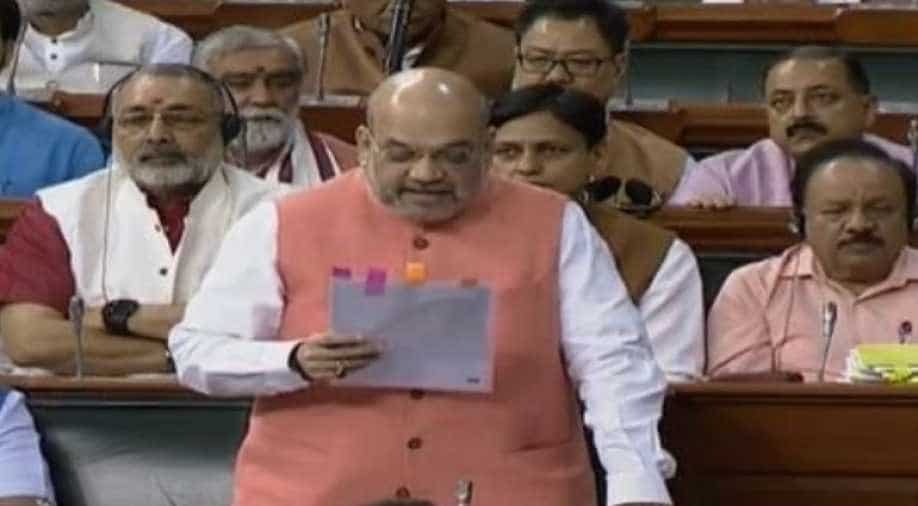 The Bill is now set to become a law after it receives the formal assent of President Ram Nath Kovind.

Six hours of debate time had been originally allocated in the Upper House to the highly contentious Bill that seeks to grant Indian citizenship to undocumented religious minorities-namely Hindus, Sikh, Jain, Buddhists, Parsis and Christians from the neighbouring Pakistan, Bangladesh or Afghanistan who moved to the country before
the date of December 31, 2014.

Besides the Bhartiya Janata Party, the Bill was supported by members of JD(U), SAD, AIADMK, BJD, TDP and YSR - Congress with Shiv Sena choosing to boycott voting.

The Bill is now set to become a law after it receives the formal assent of President Ram Nath Kovind.

The Bill seeks to amend the Citizenship Act, 1955 which regulates who may acquire Indian citizenship and on what grounds by adding provisions for Hindu, Sikh, Buddhist, Jain, Parsi or Christian community in section 2, in sub-section (1), in clause (b) that they shall not be treated as illegal migrants. Illegal migrants are not eligible for Indian Citizenship.

The Bill exempts certain areas of the North-East region of the country, including tribal areas of Assam, Meghalaya, Mizoram and Tripura as per the Sixth Schedule of the Constitution.

The Citizenship Amendment Bill has been on the agenda for the BJP government since 2016 when it was first tabled the Bill in the Lower House of the Parliament on July 16. The Bill was then referred to a Joint Parliamentary Committee on August 12, 2016.

The Committee had submitted its report on January 7, 2019, and the Bill was passed in the Lok Sabha on January 8, 2019. However, the Bill could not be introduced in the Rajya Sabha before it adjourned sine die on February 13, 2019, causing the Bill to lapse.

The Bill has gathered high criticism from the national as well as the international community, the fundamental criticism being that it specifically targets Muslims, making the Bill in violation of Article 14 of the Indian Constitution which enshrines the Fundamental Right to equality.

The government, however, states that the constitutions of the three specific state religion countries do not protect the mentioned communities, leading them to face persecution on grounds of religion, which the Indian government wishes to safeguard them from by granting them immunity.

Claiming that some of them also have fears about such persecution in their day-to-day life where the right to practice, profess and propagate their religion has been obstructed and restricted. Many such persons have fled to India to seek shelter and continued to stay in India despite inadequate documentation.

Leaders of various opposition parties voiced their discontent over the passage of the Bill in the Upper and Lower Houses, saying that it was against national interest.

Assam came to a standstill in an 11 hour statewide ‘bandh’ on Tuesday in protest against the Bill.

Meanwhile, Prime Minister Narendra Modi on Thursday assured the people of Assam that no one can take away their rights, unique identity and beautiful culture, amid protests in parts of the state against the Citizenship (Amendment) Bill, 2019.

"I want to assure my brothers and sisters of Assam that they have nothing to worry after the passing of #CAB. I want to assure them- no one can take away your rights, unique identity and beautiful culture. It will continue to flourish and grow," the Prime Minister tweeted.

I want to assure my brothers and sisters of Assam that they have nothing to worry after the passing of #CAB.

I want to assure them- no one can take away your rights, unique identity and beautiful culture. It will continue to flourish and grow.

Opposition leader, Sonia Gandhi condemned the passage of the Bill calling it a “dark day in the Constitution of India,” with several other party leaders indicating that they might move to the Supreme Court for intervention.

The Indian Union Muslim League on Thursday filed a petition in the Supreme Court of India questioning the legality of the passed Bill and demanding a stay on it.