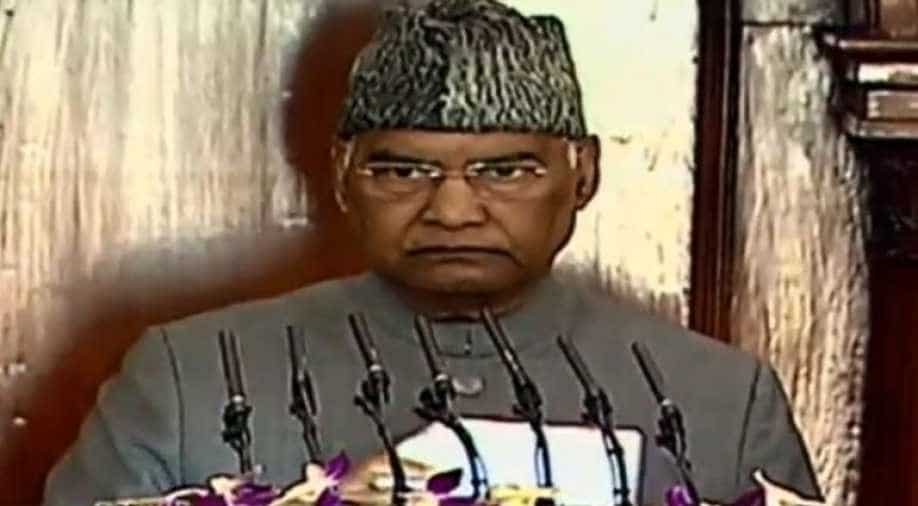 "Any kind of violence in the name of protest weakens the society and the country," said President Kovind.

Marking the beginning of the Budget Session of the Lok Sabha, President Ramnath Kovind addressed the joint sitting of Parliament and said that violence in the name of protest weakens the society and the country.

He added that the government is clearly of the view that mutual discussions and debates further strengthen democracy.

"At the same time, any kind of violence in the name of protest weakens the society and the country," he said. ​

Addressing the joint sitting of Lok Sabha, Rajya Sabha, President Kovind said, "Our constitution expects from this Parliament and every member present in this House to fulfil the hopes and aspirations of the countrymen and make necessary laws for them, keeping national interest paramount."

"The abrogation of Article 370 and Article 35A of the Constitution through two-thirds majority by both the Houses of Parliament is not only historic but it has also paved the way for equal development of Jammu and Kashmir and Ladakh."

"The mature way in which the countrymen behaved after the Supreme Court's decision on Ramjanmabhoomi is also praiseworthy," the President said.

Calling this decade as India's decade President Kovind said that "India has made significant improvement in World Bank’s Ease of Doing Business ranking. The government runs on "Sabka Saath, Sabka Vikas, Sabka Vishwas" and policies have been implemented without any religious bias." ​