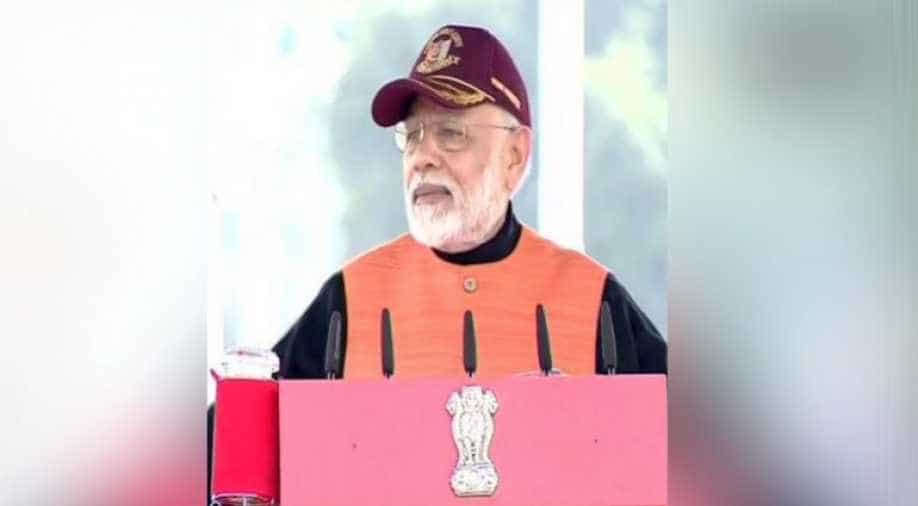 PM Modi said the present government has been trying to solve decades-old problems plaguing the country.

Launching a blistering attack on anti-CAA protests Prime Minister Narendra Modi on Tuesday said the government has brought the Citizenship (Amendment) Act to correct historical injustice and to fulfil our BJP's promise.

Also read: 'Wake up UNHCR', 'Minorities In Danger In Pak' trend on Twitter a day after temple attack in Pakistan

Addressing hundreds of National Cadet Corps (NCC) cadets at a rally PM Modi said that "People who protesting against CAA and those who are fearmongering on CAA, refuse to see the persecution of religious minorities in Pakistan. Shouldn't we help the persecuted? Some time back a Pakistan Army advert came out in which it was clearly written that only non-Muslims apply for sanitation workers post."

"For decades, aspirations of the northeast were neglected. We initiated unprecedented plans for the development of the northeast, with open mind, heart and started negotiations with all stakeholders. Bodo agreement is one such historic moment," he said.

"The NCC is a platform to strengthen the commitment of discipline, determination and devotion towards the country. It is directly connected to the development of the country," he said in his address.