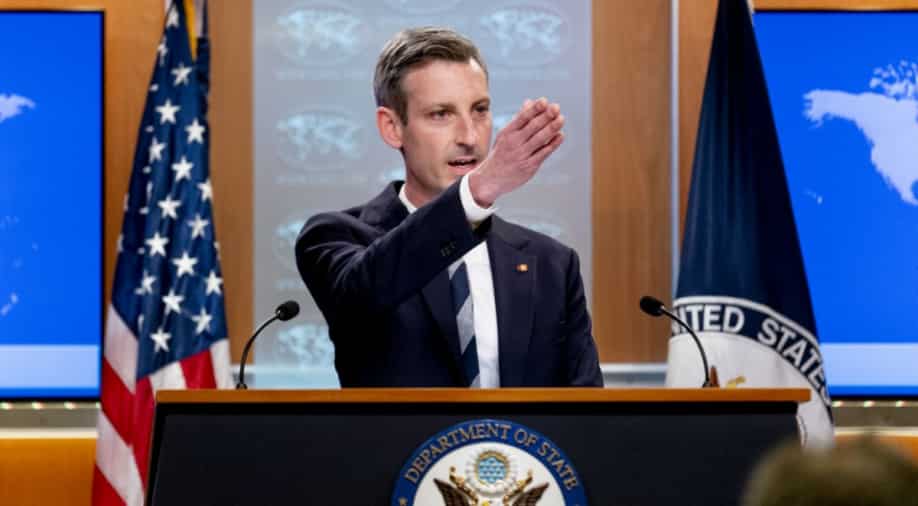 On May 26, Nupur Sharma had made some remarks about the youngest wife of the prophet of Islam during a debate televised nationally

While addressing a press conference, Price told reporters ''we were glad to see that the party publicly condemns those offensive comments.''

He added: "We regularly engage with the Indian government at senior levels on human rights concerns including freedom of religion or belief and we encourage India to promote respect for human rights."

On May 26, Sharma had made some remarks about the youngest wife of the prophet of Islam during a debate televised nationally.

Her statements had received backlash from Islamic countries and as a result, she was suspended by BJP after she issued an apology.

Another spokesman, Naveen Kumar Jindal, met a similar fate after he made inflammatory tweets about the Prophet Muhammad, and was expelled over comments he made about Islam on social media.

The offensive tweets and comments did not in any way reflect the government's views, according to India's foreign ministry.

After the circulation of a letter warning of Islamist militant attacks, attributed to al Qaeda's branch in the Indian subcontinent (AQIS), to avenge derogatory remarks about the Prophet Muhammad, India tightened public security.

In the face of a rising threat from China, the United States since the late 1990s has sought to deepen ties with India, believing the world's two largest democracies have common interests.